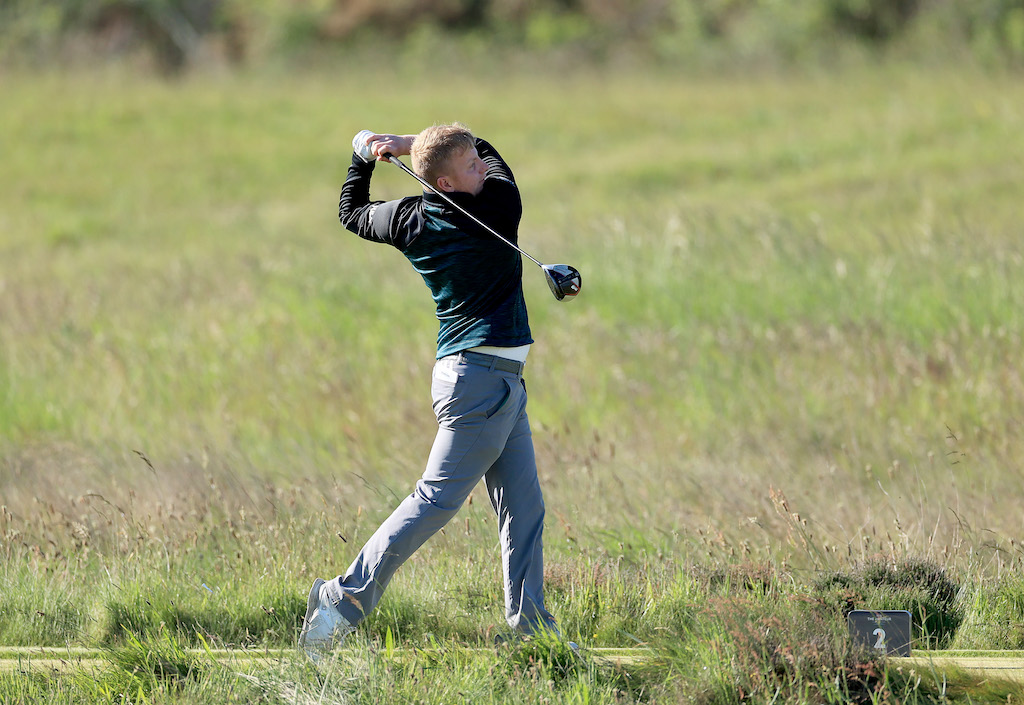 Five birdies on his back nine turned Alan Fahy’s day around as he fired a two-under 70 on day one of the Flogas Men’s Irish Amateur Open Championship to lie just one adrift of the clubhouse lead.

Fahy teed it up at The Island as the West of Ireland champion and didn’t get off to the best of starts, turning in two-over-par. The Bray native responded brilliantly, producing a blistering back nine of 32 that included five birdies and just one bogey which came on the difficult 18th.

A birdie on the tenth was followed by four birdies in five holes including three on the bounce from the 13th to 15th as he surged up the leaderboard.

“It was a good day,” he smiled. “I was two-over after nine so it was good to finish under par. I went on a bit of a hot run there which was unexpected, made three in a row and five birdies on the back nine which was good.

“I got the putter going, there was definitely a few more holes you could take advantage of downwind, the par fives were gettable. They moved a few tee boxes up which made the course fair even though it was still very tough, but I felt there was a good score out there,” added Fahy who was playing competitively with some new clubs for the first time.

“The driver is going well, I had them all in play today; the driver, one and three iron. They’re class, they spin a lot less which is good in this wind.

“I wasn’t in that much trouble, I didn’t feel like I played unbelievably but I just kept the ball in play and that’s what you need to do around here. One wild shot and you have lost a ball.

“It’s not as windy as the practice round yesterday and we have a great setup. The last few holes the wind definitely picked up so we will see what the story is.”

Fahy is currently in a share of second place, one behind Scotland’s Matthew Wilson.