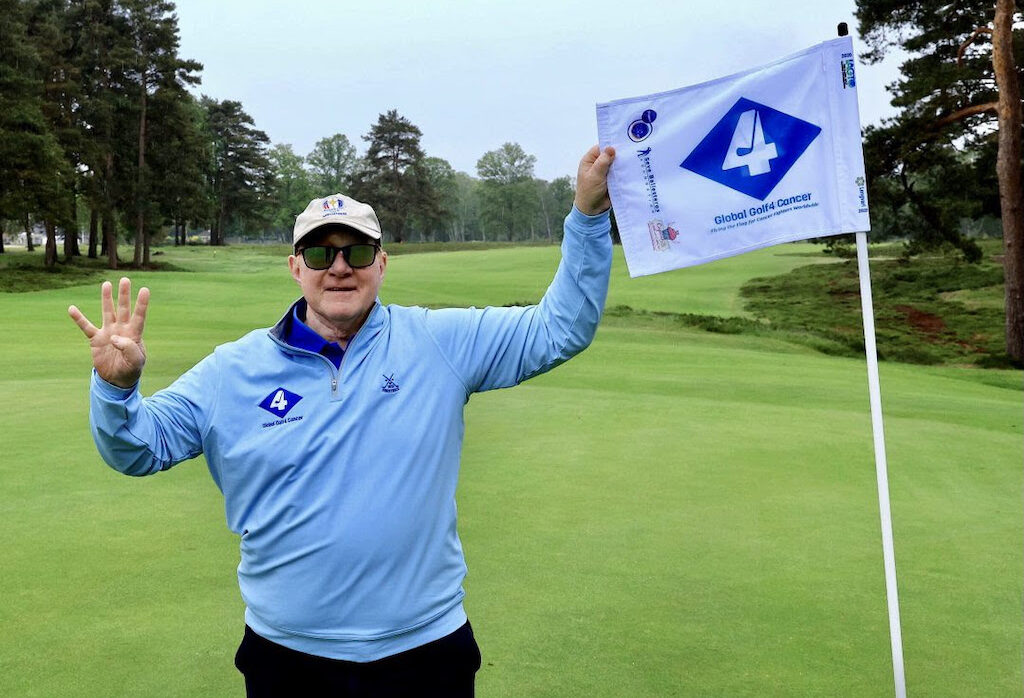 The PGA EuroPro Tour has unveiled a new partnership with Global Golf4 Cancer, with the organisation’s flag flying at the fourth hole of every tournament this season.

Global Golf4 Cancer is a fantastic cause that encourages the golfing community to support those who are fighting cancer, which affects one in four people.

The special Global Golf4 Cancer 4-Flag will be flown at every fourth hole of each tournament throughout the season, promoting more exposure for those who are battling the disease.

Nick Edmund, a three-time cancer survivor and the Founder of Global Golf4 Cancer, commented: “I’m absolutely thrilled with this association which will introduce our 4-Flag campaign to a very substantial and significant audience.

“Together, Global Golf4 Cancer and the PGA EuroPro Tour will be ‘flying the flag’ on behalf of cancer fighters worldwide throughout the golfing season – and doing so quite literally on the 4th hole at an array of impressive facilities.”

Dan Godding, CEO of the PGA EuroPro Tour, noted: “I first met with the amazing Nick Edmund at Brocket Hall in June 2021 during the longest day challenge; we were introduced by Michael Longshaw. Nick’s determination, character and passion is phenomenal, having been through so much himself, his enthusiasm to raise awareness for those fighting cancer is inspiring.

“Everyone at the PGA EuroPro Tour feels passionate about the subject as we have all lost friends and family in the past to this horrible illness. We are so proud to fly the flag for Global Golf4 Cancer and we will be doing so on the 4th hole of every tournament this season.”

The campaign was established in a bid to raise awareness among the golfing community and to encourage golfers to support multiple cancer fighting initiatives around the world.

The number four is a significant figure in the sport of golf, with the most common par being 4, in addition to playing the format of fourballs or foursomes – without forgetting the four major championships contested annually.

Considering the fact that one in four people are likely to be affected by cancer during their lifetime, the number four felt quite fitting to be used.

Since its creation, Nick has completed several walks to help raise awareness for Global Golf4 Cancer, with the first beginning on March 4, 2017.

He walked 2,000 kms along the Wild Atlantic Way in Ireland whilst carrying a set of clubs, stopping at 40 golf clubs to play their 4th hole and presenting each with a Global Golf4 Cancer flag.

By 2020, the Global Golf4 Cancer flag had been raised on all six continents throughout the world, including prestigious venues such as St Andrews, Royal Montreal, Prestwick, Pebble Beach, Sunningdale and the Olympic Course in Rio.

Global Golf4 Cancer has a longstanding and excellent relationship with the Seve Ballesteros Foundation, with both causes working closely together.