Eagle-birdie run helps Nolan to opening 70 at The Island 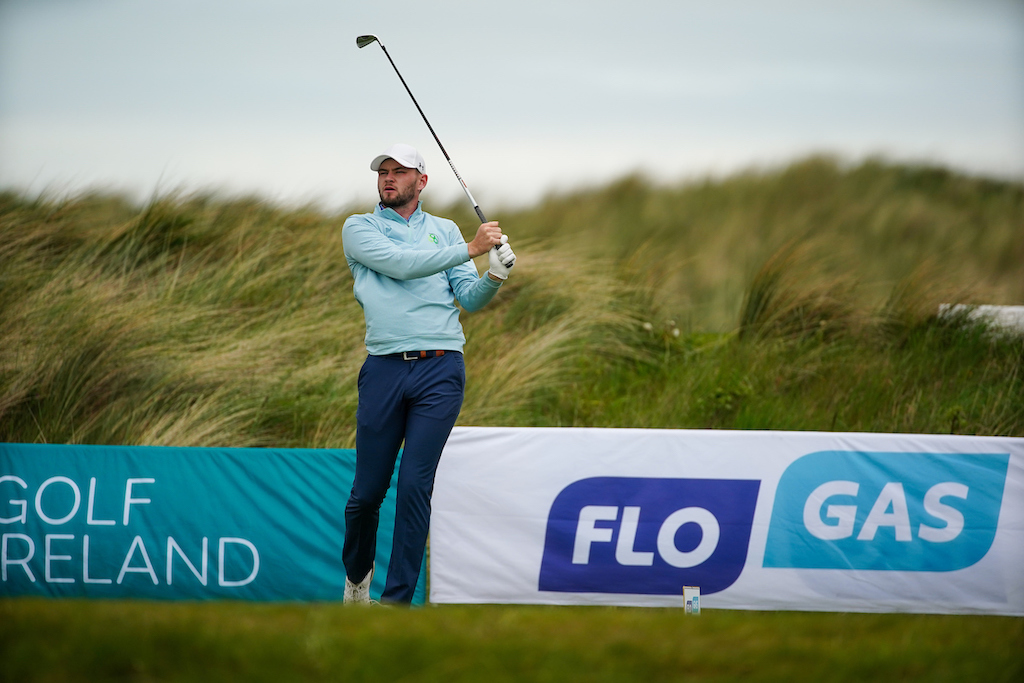 Liam Nolan is in the hunt again in a big event after he shot an opening two-under 70 in the Flogas Men’s Irish Amateur Open Championship at The Island.

Nolan’s preparation has been slightly hampered since his runner-up finish in the West of Ireland having had four wisdom teeth removed, but he put that and some painful gums to one side to lie just one shy of the clubhouse lead held by Scotland’s Matthew Wilson.

The NUIG student has become a regular contender on links courses and he feels the conditions play to his strengths with his irons.

“I like to chip my irons and keep them really low so you can take out the wind and it’s one more factor you don’t have to worry about so yeah I did that all day and was really happy with the results.”

The Galway native began from the tenth tee and turned in 36 after two birdies and as many bogeys before he kickstarted his round with an eagle, birdie run on the front nine to briefly share the lead on three-under before he dropped a shot on the 7th.

“I hit a great drive down the third and hit a wedge into around four feet and then I held a nice putt on the next which turned what was a decent round into a very good round in the space of two holes,” he said. “You can’t expect that to happen every round but when it does you can keep the momentum going and finish it off.”

The Irish international is currently in a share of second place with reigning West of Ireland champion Alan Fahy, Portrush’s Jack Madden and Baltray’s Gerard Dunne but he isn’t getting ahead of himself.

“It’s only the first round out of four and no need to be getting too excited yet, there’s plenty of golf to be played. As long as you’re top half you’ll be fairly sound for the next three days. You can only play your way out of it today.”