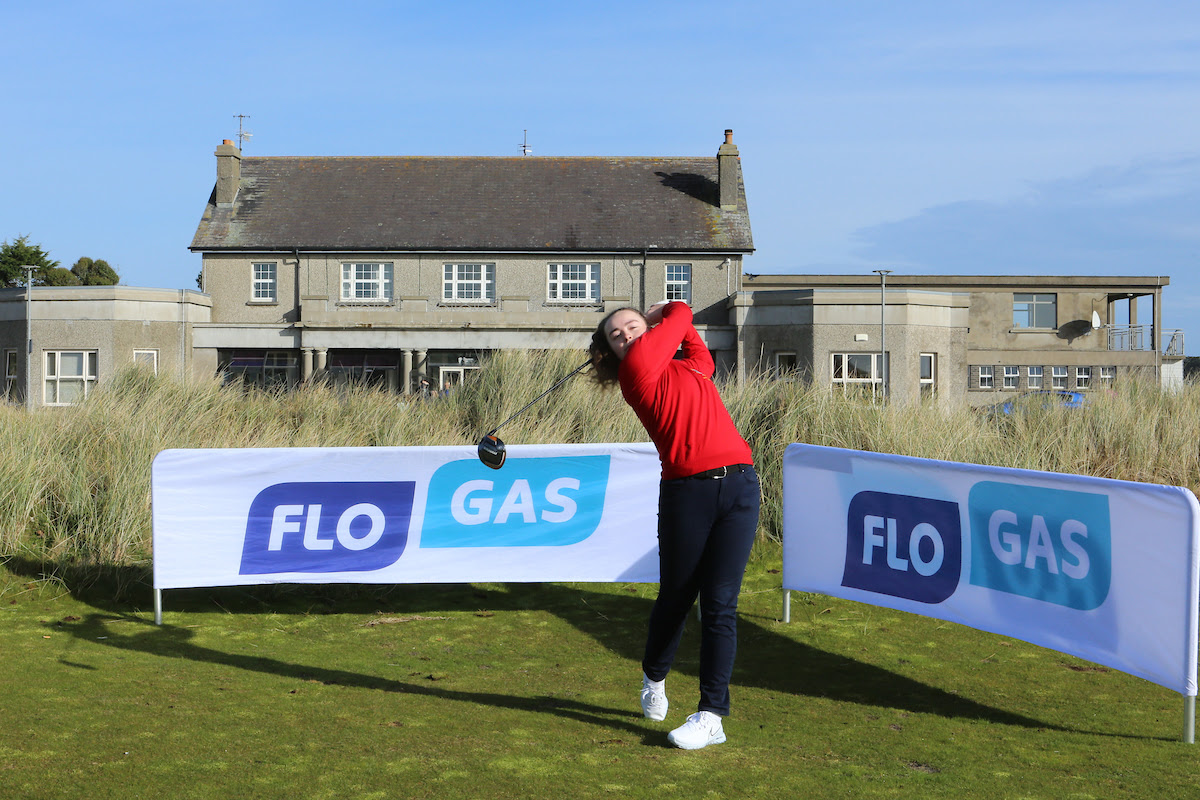 After most of the field were battered and bruised following Friday’s deluge of rain and howling winds, Saturday paved the way for blue skies and sunshine at County Louth Golf Club and there has been plenty to digest so far.

Contrast in scoring over the first two rounds

After a battling first day, round two paved the way for low scores with Knock’s Katie Poots surging into contention with a low-round of the week as she skipped round in five-under 69, becoming the first player to shoot in the 60s so far.

Nineteen players shot under-par on Saturday while Ida Lindqvist and leader Lorna McClymont are the only players to shoot successive rounds under par.

The course is playing as a par 74 and the average score was 80.57 on Friday but low scoring was the order of the day in round two with the scoring average falling to 77.84.

As many as ten players eagled the ninth hole on Saturday with Poots, Marina Joyce-Moreno, Emily Murray, and Olivia Costello landing threes at the par-5.

In total there were fifteen eagles on the par-5s in round two.

Irish come to the fore on Saturday

When play ended on Friday evening Joyce-Moreno was the only Irish golfer in the top-10, now she has company and has even been pipped as leading Irishwoman after a 69 from Poots.

There are three Irish representatives in the top-10 as Ballybunion’s Emma O’Driscoll joined her compatriots with a three-under 71 while Ellen O’Gorman (+1) and Anna Dawson (+2) also made moves with one-under 73s to make it five Irish in the top-15.

Millie Thompson leads the scoring average on the par-5s (4.33) and she lies in second on the leaderboard. Poots (4.42) is second in scoring average while Lindqvist and championship leader Lorna McClymont are both in third with 4.50 alongside O’Driscoll.

Australia’s Abbie Teasdale is eighth making it six of the top-10 are leading the par-5 scoring averages.

As Aideen Walsh, Poots and McClymont admitted post round: there was a low score out there on the links on Saturday.

Birdies were at a premium on Friday with just 169 coming in the opening round. By the time the field made the turn, 148 birdies were holed on the front nine in round two.

In total Baltray coughed up 238 birdies to the field on a day of low scoring.