Poots still smiling after battling 76 at Co. Louth: “The craic was good” 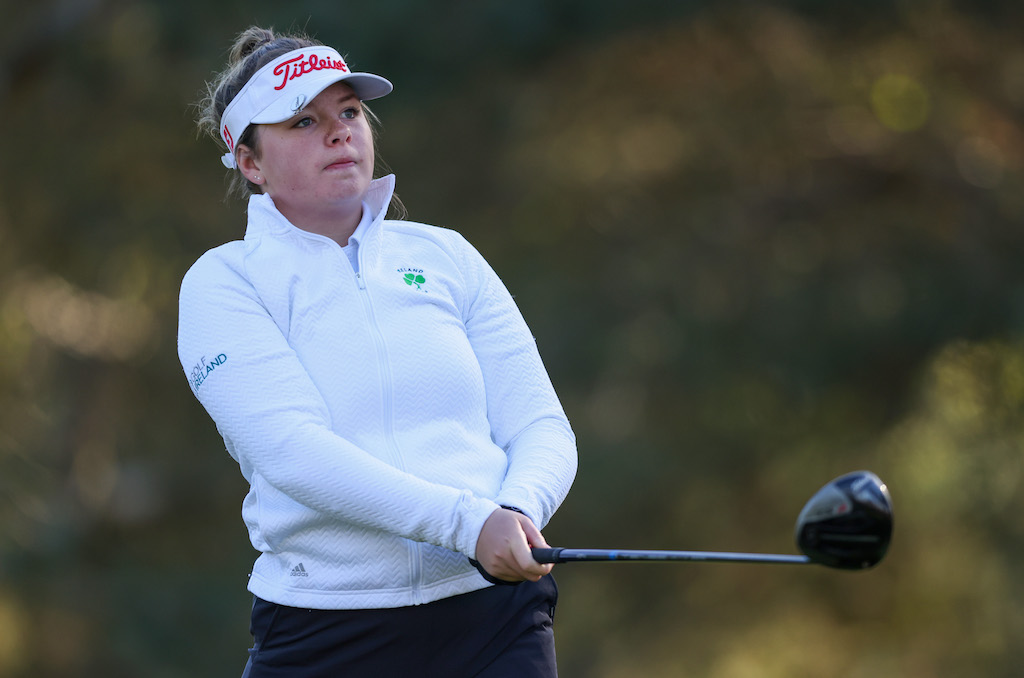 Knock’s Katie Poots was pleased to get in the clubhouse and dry off after shooting a two-over 76 as she battled the worst of the elements during her opening round of the Flogas Women’s & Girls Amateur Open Championship at Co. Louth Golf Club.

Poots’ clubs were visibly soaked as her father – who was also drenched – loaded the clubs into the boot of the car but she was happy with her score and managed to have some fun in the tough conditions.

“It was tough out there with the wind and rain,” she said. “It was difficult to keep going, but I kept in there and just held some good putts at the finish which kept me going and I am happy enough.

“The craic was good and I had good playing partners so it was played in good spirit and that is the main thing.”

The Fairhaven Trophy champion recovered from an opening bogey to move into a share of the lead at the turn after birdies at the third and sixth saw her move under-par as the Baltray skies began to brighten.

The middle third of the back nine has proven difficult and the challenge became steeper when the rain and howling wind returned to the links and three successive bogeys from the 13th left Poots on the ropes.

The sixteen-year-old missed the green on 13 with a wedge in hand and three-putted the 14th but she soon found her touch on the putting surfaces again, holing crucial par putts coming in to stay in touch with the leaders.

“The wind started getting up on the back nine and then the rain started again. Yeah, it was just a few difficult holes, they’re long enough so you are going to have long irons. It’s just trying to hit greens and two-putt to walk away with pars and you’re happy enough.

“I went on a wee bogey trail there and just tried to get off it and get a few pars.

“Yeah I got a right bounce on 13 and then I three-putted 14, the greens started to get a wee bit slow with the rain and being back into the wind was affecting the ball so it was difficult.”

Currently just three behind clubhouse leader Lorna McClymont at the time of writing, Poots is hoping for more smiles and brighter skies over the weekend.

“Hopefully I can get it going tomorrow and the weather gets better and just go out, have fun and keep it going.”