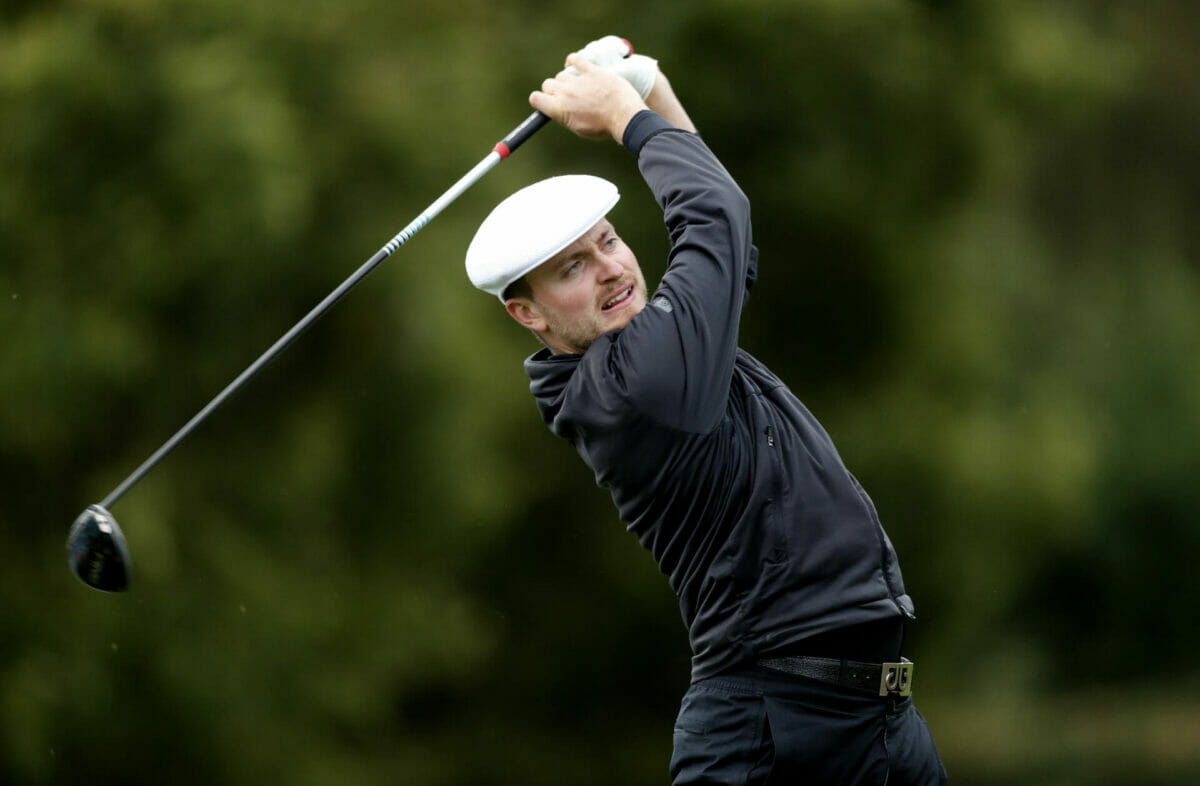 David Carey will head into the final round of the Molinetto Alps Open just three shots off the lead after a fine display in his second round on another weather-affected day in Milan.

The Castleknock man carded a second consecutive four-under 67 at Molinetto Country Club to move within touching distance of leader Alessandro Tadini, who is a shot clear of fellow Italian Gregorio de Leo at 11-under-par.

There are still several players to finish their second rounds as a weather delay and then darkness saw play suspended, with France’s Sebastian Gandon nine-under-par with two holes left to play, while Ireland’s Luke Donnelly could yet make the cut as he has seven holes still to complete.

Carey had a strong finish to thank for moving him into contention, a birdie at the 16th and then a superb eagle at the par-five 17th taking him into a share of seventh, after three birdies and a bogey earlier in his day, and in a position to challenge in Friday’s final round.

Tadini looks to be the man in control, however, as he fired the best round of day two, a bogey-free eight-under 63 thanks to five birdies in his final five holes, which moved him into double figures and one shot ahead of De Leo, whose 65 moved him up to 10-under.

“Today was a fabulous day, I was able to maintain yesterday’s positive feeling. I was able to make a lot of putts today which is very important for me as my long game has been sharp,” said Tadini.

“I was able to make five birdies in my last five holes by holing a few important putts and hitting it close, so I’m happy. I didn’t expect this round today but I’m looking forward to the rest of the tournament.”

It’s a condensed leaderboard at the top, though, with three Dutchmen at nine-under-par in the shape of first round leader Koen Kouwenaar, Lars Keunen and Vince van Veen, where they are joined by Gandon – who could yet move himself to the top of the standings – with Carey alongside four others at eight-under.

Conor Purcell and Gary Hurley were the only other Irishmen to make the cut, back-to-back 68s from Purcell taking him to six-under-par, with Hurley two shots further back after a 71 left him four-under, right on the cut line.

Rounds of 72 and 73 respectively for Paul McBride and Jonathan Yates saw them both miss out by two shots at two-under-par, while a 72 from James Sugrue left him one-under and a 75 from Simon Bryan saw him miss out at two-over.

PGA Catalunya’s Donnelly could yet make the final day should he return and produce a sensational finish to his second round, the Irishman two-over-par and needing to gain six shots in his seven remaining holes to drag himself above the cut mark.