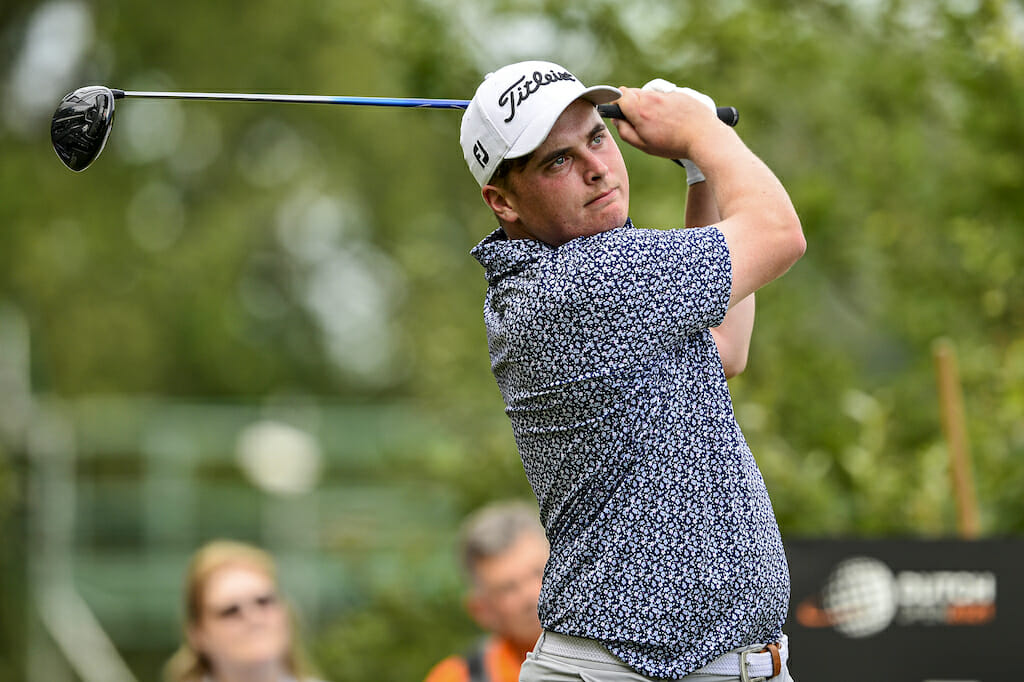 Mallow Golf Club is getting behind James Sugrue by holding a fundraising classic later this month to help the new pro find his feet on tour.  The classic takes place on the 13th & 14th of May and already it looks like it will be a sell-out. The three-person team event will have plenty of prizes on offer including a raffle for some great golf related gifts.

Mallow Captain John Coleman has known Sugrue for well over a decade and he’s especially happy to be involved in the classic:

“As a golfer and this year’s Captain of Mallow Golf Club, I am honoured to be involved in this fundraiser,” said the Captain.

“The members are hugely proud and honoured to participate and contribute in any way, shape or form to help James on his path in the professional ranks. Most of the members would know James personally, all through James’ illustrious amateur career, James was always around the club. His easy, humble way about him, and his ready smile made him liked and admired by all the members.”

Support isn’t limited to the club members though. Local businesses, other golf clubs and many golfers outside of Mallow have all come out to support the event, as John explains: “Within 3 days of opening the timesheet it was clear we would have to make more Tee Times available on Thursday afternoon. Huge credit to the fundraising committee, led by Joe Dowling for the work they are putting in to making this a fun and successful event.”

Joe Dowling is one of the organisers and he’s delighted with the response:

“The feedback has been very good, Friday is very busy with over 40 teams registered already and Saturday is similar,” said Joe. “The response from members has been excellent, it’s great. There’s lots of interest from local businesses too, anyone we’ve asked in the town has also contributed to the day.

The Dowling’s have been very involved in Mallow golf for many years and there’s more than just Joe working on the fundraiser for Sugrue.

As well as entering teams, supporters can sponsor a tee box or a hole. Anyone interested in supporting the classic should contact Joe or any of the organising committee in Mallow Golf Club.