Steady round of 70 for Harrington on PGA Tour Champions 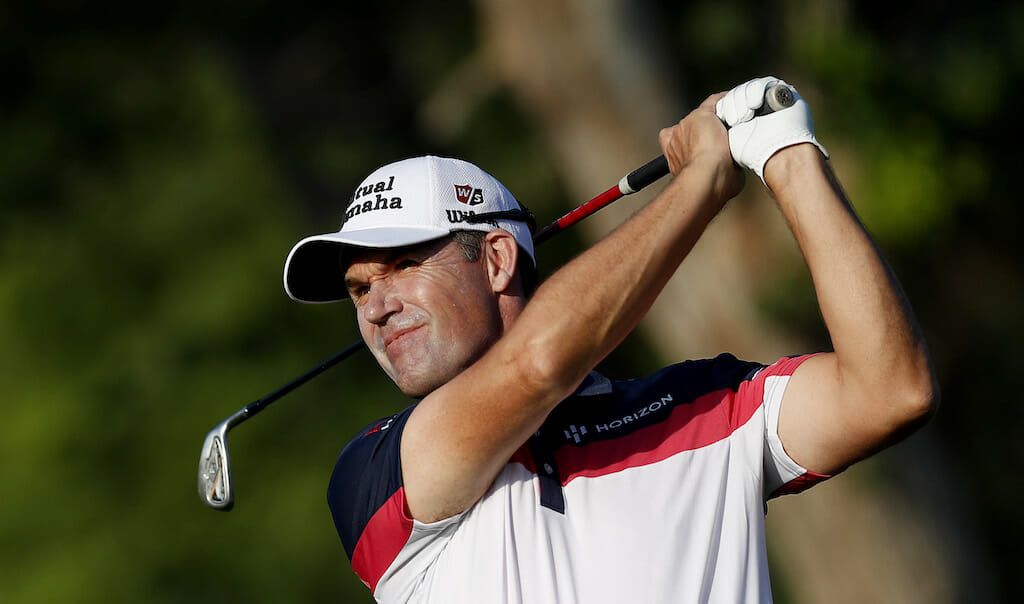 Pádraig Harrington is ten shots adrift of the lead heading into the final round of the Insperity Invitational on the PGA Tour Champions.

The three-time major champion is on two-under-par after shooting rounds of 72 and 70 at the Woodlands Country Club.

A trio of Brandt Jobe, Steve Stricker and Steven Alker are set for a straight shootout on Sunday from twelve-under-par, four ahead of their nearest challenger in Ken Duke.

For Harrington, it will be about going as low as possible and securing a good finish, he is currently in a share of 30th place.

Not much has happened for the 50-year-old who carded four birdies and two bogeys on Saturday to move to within three shots of the top-12.

Harrington started quickly with two birdies in his first four holes before he dropped a shot on the ninth. After picking up a shot on the 11th he handed it straight back on 12 before a birdie on the par-5 15th moved him back to two-under which is where he remained after three closing pars.

The Champions Tour has proven to be a slow burner for Harrington although he has shown signs of improvement this season with one top-10 finish in his previous two starts.

The Dubliner is ranked 27th in the Schwab Cup money list after missing out on the season-ending event last year.

There was some hot scoring towards the top of the leaderboard with Stricker and Alker shooting seven-under 65s to share the lead with Jobe who went one better with a 64.