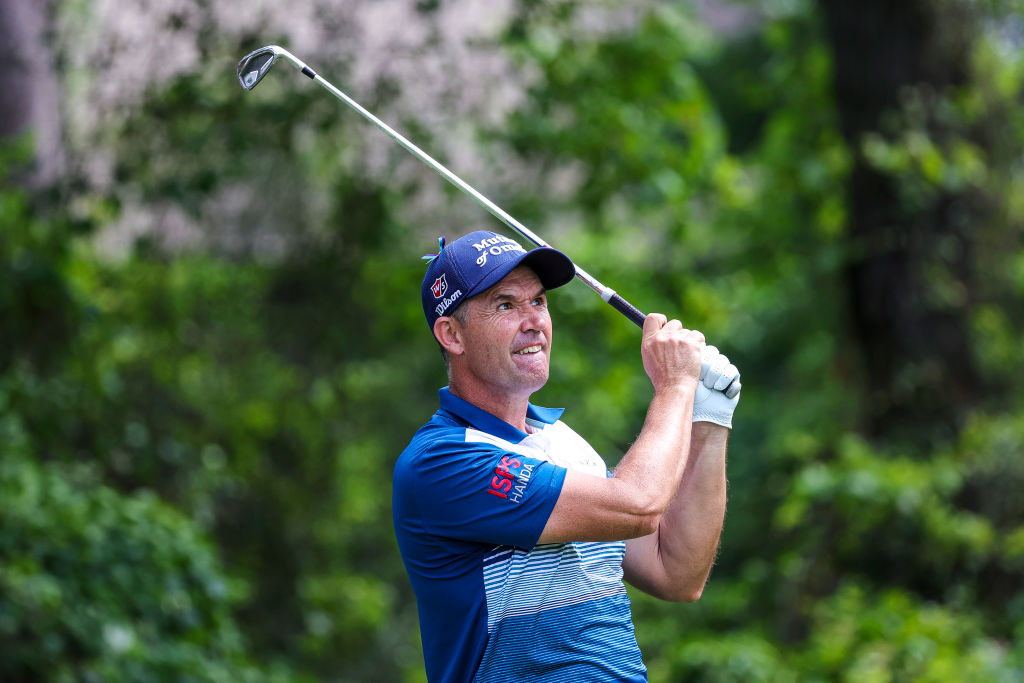 A birdie on the final hole saw Padraig Harrington end the opening round of the Insperity Invitational where he started at level-par after a 72, five shots off the early lead in The Woodlands, Texas.

The Dubliner carded three birdies and three bogeys on day one at The Woodlands Country Club to leave him in a share of 34th and trailing his American Ryder Cup counterpart Steve Stricker, the in-form Steven Alker and Ernie Els at the top after they shot 67s.

After finishing second in his last outing on the PGA Tour Champions at the Rapiscan Systems Classic, Harrington was looking to try and continue his form on the seniors circuit but found the going a bit tougher in Texas.

The 50-year-old started his round strongly with a birdie on the opening hole, a par-five, but five straight pars halted his momentum and then a bogey at the par-four seventh saw him reach the turn at level-par.

Another birdie at the par-four 13th got Harrington under-par again, but back-to-back bogeys at the 14th and 15th dropped him to one-over, only for him to rescue the day somewhat with a birdie on the par-four 18th to sign for a 72.

The trio at the top all had identical rounds at The Woodlands Country Club as they all combined six birdies with one bogey in five-under-par 67s to hold a one-shot advantage heading into the weekend.

Els looked like he might hold the lead on his own as he reached the final hole six-under but timed his bogey at the worst moment, dropping the shot to fall back into a share of the lead with his two compatriots, who set the early clubhouse lead.

A group of eight players are one shot back at four-under-par, including Miguel Angel Jimenez and Scott Verplank, who both looked to be heading for a share of the lead as well, however both dropped into the chasing pack as they too bogeyed the 18th.