Mehaffey making the right moves Down Under 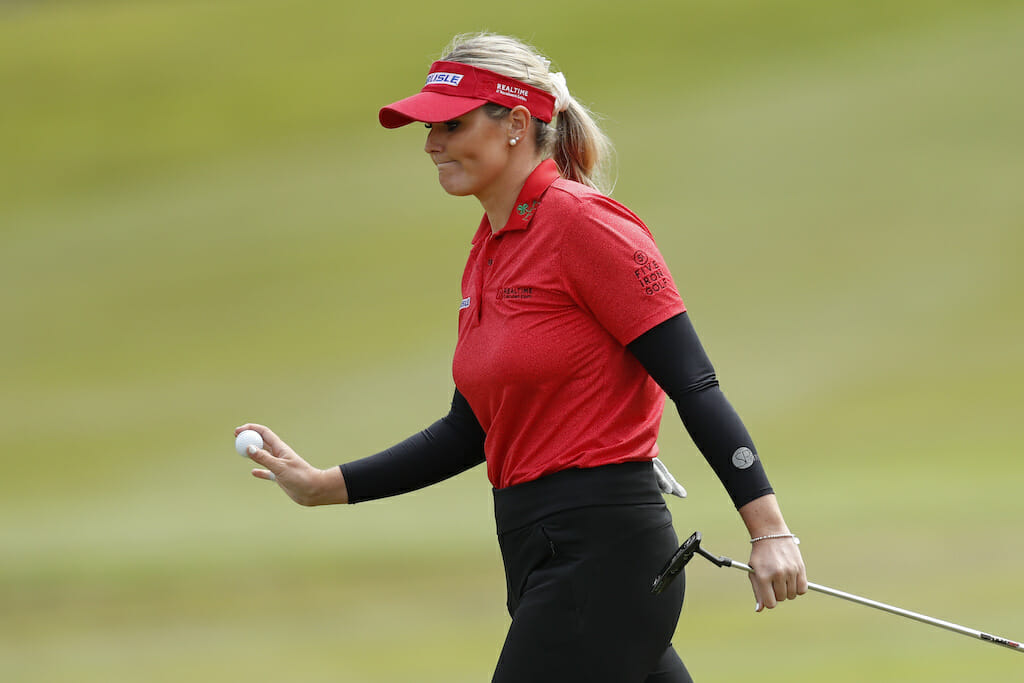 Olivia Mehaffey continued her solid form as she moved into the top-25 at the halfway stage of the Women’s NSW Open in Australia.

Mehaffey shot a one-under 71 to move to level-par for the tournament and seven shots adrift of Sweden’s Maja Stark.

It was another quiet day for the Tandragee native but it was a positive move on the leaderboard as she carded two birdies and one bogey.

After opening her round with eight successive pars, the 24-year-old moved into the red with a birdie on the 9th to turn in 35. A birdie on the tenth made it back-to-back gains as she moved to one-under for the tournament and on the fringes of the top-10.

Mehaffey was unable to make anything happen on her way to the clubhouse and gave a shot back on the par-3 15th to come home in 36. The Co. Down golfer shares 23rd place and is just two shots outside the top-10.

Meanwhile, at the summit, it’s Stark who looks down on the rest of the field on seven-under after a three-under 69. The Swede leads Welsh player Lydia Hall and Argentinian Magdalena Simmermacher by the minimum.

The home charge is led by Aussie Cassie Porter on four-under after a 68 while Whitney Hillier and Jordan O’Brien are in tenth position on two-under.