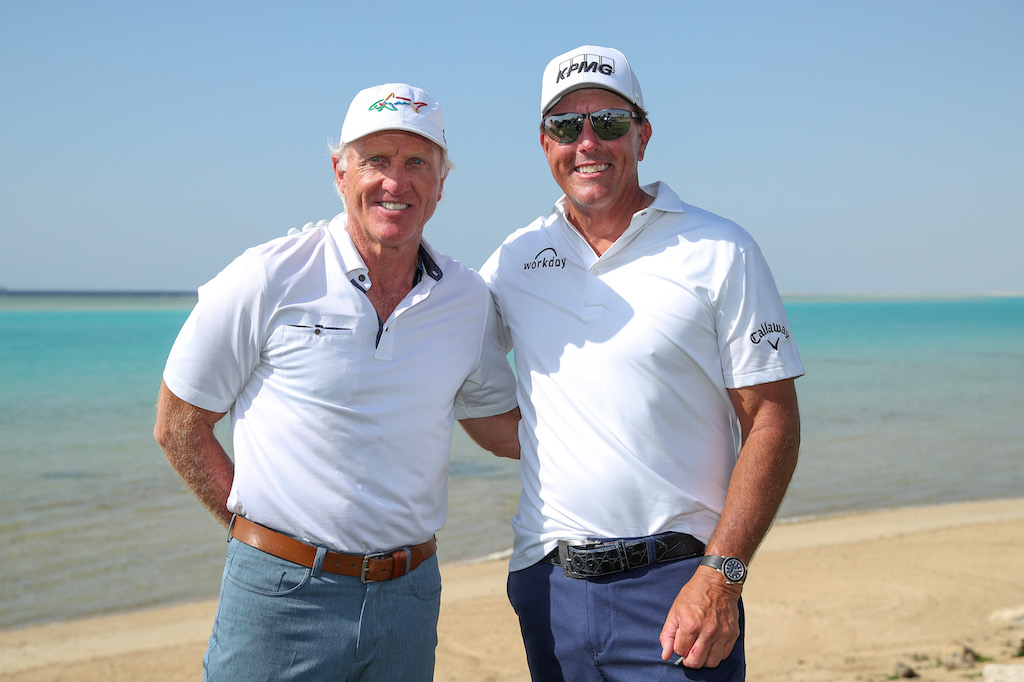 Phil Mickelson’s manager has confirmed that the reigning US PGA Champion has sought permission from the PGA Tour to contest the opening LIV Golf Invitational, with 15 of the world’s top-100 golfers also reported to be registered for the event.

The Greg Norman-led, Saudi-backed LIV Golf Invitational series will tee up at the Centurion Club in London in June with a bumper $25 million prize fund up for grabs in a no-cut, 48-man limited field event which also comprises a team element.

Speculation mounts as to the identities of those set to line out in London for the opening tournament of the eight-event series but until permission is granted, players will continue to have their reputations protected having signed non-disclosure agreements.

Mickelson’s cards have long been on the table, however, and as his hiatus from the game continues following his comments to US journalist Alan Shipnuck, the 51-year old is keeping his options open, having not only applied for permission to play in Norman’s series, but also two upcoming majors.

“Our client Phil Mickelson is officially registered to play in the PGA Championship as well as the US Open,” said Mickelson’s long-time manager, Steve Loy of Sportfive.

“We have also filed a request on his behalf to play in the first LIV Golf Invitational in London, June 9-11. This request complies with the deadline of April 25 set forth by the PGA Tour to compete in a conflicting tour event.

“Phil currently has no concrete plans on when and where he will play. Any actions taken are in no way a reflection of a final decision made, but rather to keep all options open.”

Those options include The PGA Championship which will be played at Southern Hills from May 19 to 22 where Mickelson defends following his record breaking win at Kiawah Island when he became golf’s oldest Major champion aged 50. By virtue of the win, Mickelson also earned a five-year exemption to the U.S. Open which returns to Brookline from June 16-19.

As for the LIV Golf event., more than 70 players are said to have applied for the 48 available spots, with world number 1053 Robert Garrigus the only other golfer to have publicly registered their official interest.