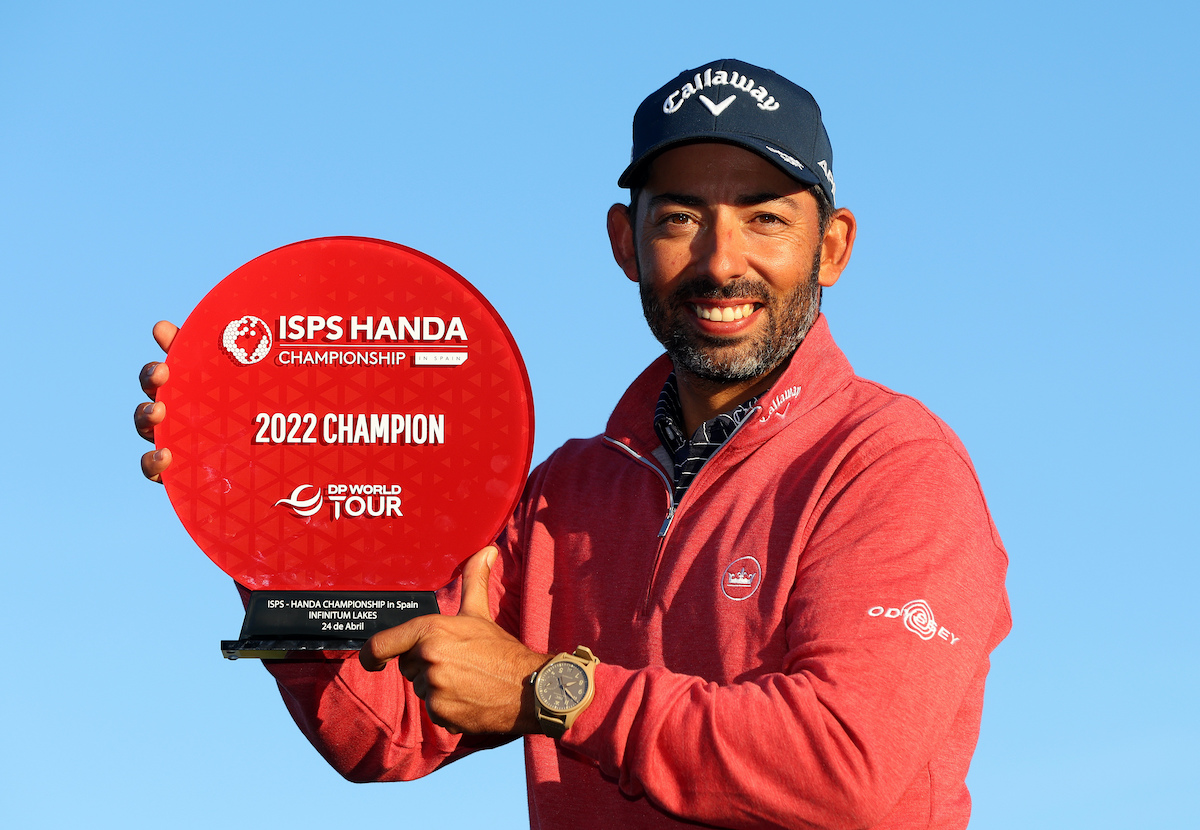 Pablo Larrazabal of Spain poses with the trophy as he wins the ISPS Handa Championship at Lakes Course, Infinitum on April 24, 2022 in Tarragona, Spain. (Photo by Andrew Redington/Getty Images)

Royal Dublin’s Niall Kearney finished in a share of 67th at the ISPS Handa Championship in Tarragona, Spain as Pablo Larrazabal claimed the first win on home soil of his career.

Six bogeys and four birdies in his final round saw Kearney finish with his worst round of the week, a two-over 72, to end his tournament at two-over-par at Infinitum’s Lake Course.

With players having to come back to finish their third rounds on Sunday morning, it meant a two-tee start for the final round which put Kearney off from the 10th and he would drop three shots in his first seven holes to end any hopes of climbing up the standings.

He did reach the turn with back-to-back birdies, but three bogeys and two birdies on his front nine saw him slip back one more shot and outside the top-65, which will see him fall to 167th in the early Race to Dubai standings.

Meanwhile, Larrazabal stormed through the field to claim an emotional one-shot win as a stunning eight-under 62 in his final round saw him finish the week 15-under-par, one shot ahead of fellow countryman Adrian Otaegui.

Larrazabal was left heartbroken when he came close to winning the 2011 Spanish Open the weekend Seve Ballesteros passed away but just missed out, so to finally get over the line in front of his home fans meant a lot to him.

“I knew my golf was there,” the 38-year-old, who won the MyGolfLife Open in South Africa six weeks ago, told Sky Sports.
“I couldn’t make any putts the first three days but I told my girlfriend last night that she had to choose the clothing for the (victory) pictures. I knew that I had a low one in my bag and that’s what I did.

“To shoot 62 in windy conditions with a few Sunday flags out there was good. It’s been quite emotional but I kept the nerves down and concentrated and managed to finish the job.”

Otaegui finished with a 66 to claim solo second at 14-under, with South Africa’s Hennie du Plessis and Canada’s Aaron Cockerill – the 54-hole leaders – both signing for 67s that saw them share third at 13-under.