Clarke makes his move as Alker leads at ClubCorp Classic 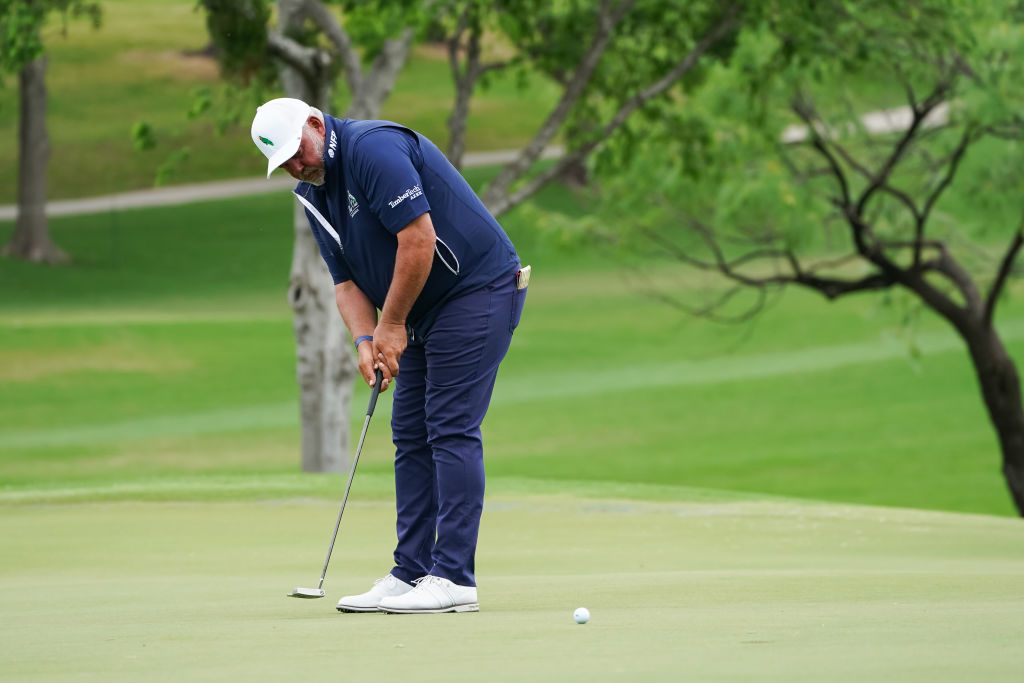 A much improved second round in Irving, Texas moved Darren Clarke inside the top-20 at the ClubCorp Classic and gives him a slim chance of a stunning comeback victory going into the final day.

The former Open champion carded a tidy, bogey-free four-under 67 in his second round at Las Colinas Country Club to move up to two-under-par for the tournament and into a share of 18th.

However, if he is to make a charge for the title he will need to overcome a six-shot deficit to leader Steven Alker, who is looking to make it back-to-back wins on the PGA Tour Champions having won last time out at the Rapiscan Systems Classic.

The New Zealander leads by two from Lee Janzen and Jerry Kelly as a second round 66 took him up to eight-under-par for the tournament and in a strong position to close things out yet again.

Clarke, meanwhile, is in a good position to secure his best result of the season so far having moved himself inside the top-20 with a clean scorecard on day two in Texas, the 53-year-old carding four birdies and the rest pars at Las Colinas.

The Dungannon man did most of his scoring on his back nine, a solitary birdie dropping at the par-five seventh backed up by birdies at the 11th, 15th and 18th to move himself up the leaderboard and needing to move into 13th or better to record his best finish of the season.

He’ll not give up hope of a potential first win on the seniors circuit since September’s Sanford International but, in reality, he would need Alker to fall away in his final round and a good round of his own to make that happen.

Once again Alker looked assured in his second round, four birdies, an eagle and a bogey leading to a five-under scorecard that has him two clear as he continues his strong form on the PGA Tour Champions that has him seeking consecutive victories.

Behind him, Janzen and first round leader Kelly carded rounds of 68 and 70 respectively to move to six-under-par and a share of second place, with six players – including Scotland’s Colin Montgomerie – well-positioned a shot further back at five-under-par.