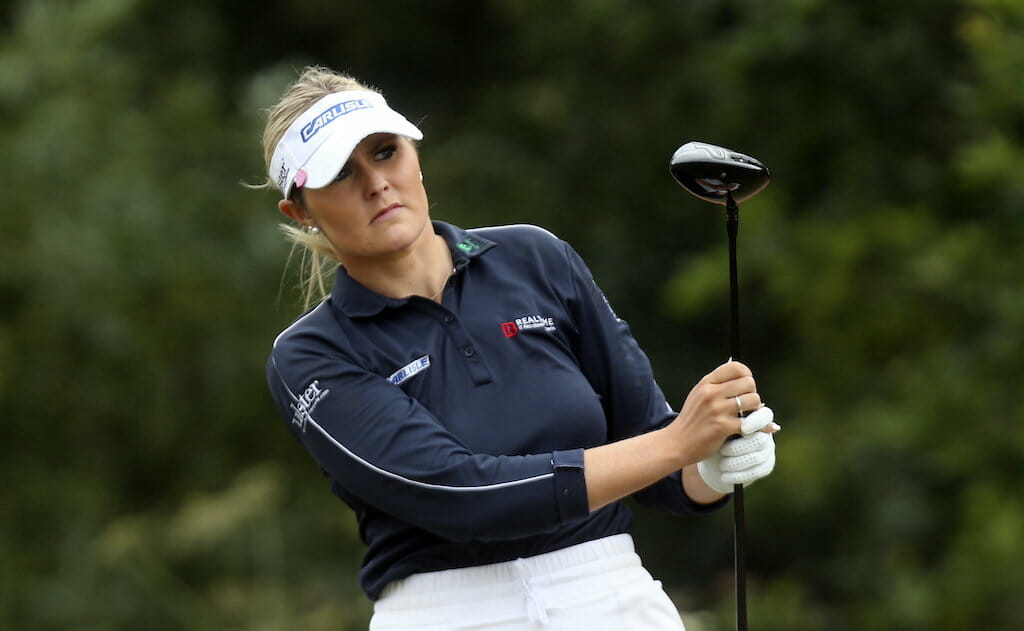 Olivia Mehaffey bounced back from a missed cut last week with an excellent opening round at the Australian Women’s Classic in Bonville.

The Tandragee native is on three-under-par after a first round of 69 and she trails England’s Meghan MacLaren by just two shots.

Mehaffey who has been playing regularly on the Ladies European Tour as of late roared out of the traps with three birdies in her first four holes as brace of opening birdies were followed by a third birdie of the day on the par-5 4th as she moved to three-under.

A bogey, birdie, bogey run towards the turn saw the 24-year-old turn in 33 and she got back on the birdie train at the par-4 12th before giving a shot back on the 15th.

Mehaffey finished in style with a closing birdie on the par-5 18th to share 5th place with Alice Hewson and Franziska Friedrich.

It was plain sailing down under for MacLaren who carded a blemish-free five-under 67 and after securing her full status at last winter’s qualifying school she is one shot ahead of a trio in second place with Carmen Alonso, local favourite Stephanie Bunque and Indian Amandeep Drall all in the clubhouse after four-under 68s.

Other notable names who have started well are Aussie Sarah Kemp, Welsh golfer Becky Brewerton and Sarah Gee who are all on one-under after opening 71s.

There has been a strong showing from the Australian players with seven Aussies perched inside the top-14 after the first day.