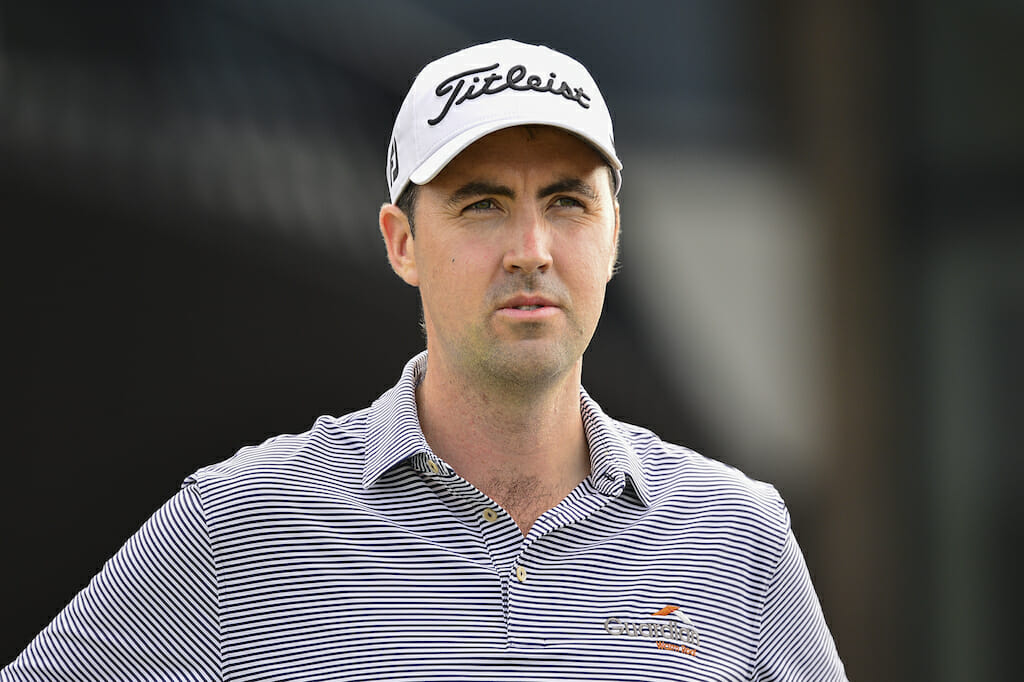 After a one month hiatus and a change in location, the DP World Tour returns in Spain this weekend for the ISPS Handa Championship in Infinitum Golf Club, Tarragona where a trio of Irish players resume their seasons.

Jonathan Caldwell looks to kickstart his season while Niall Kearney and Cormac Sharvin make the step up from the Challenge Tour this week.

Clandeboye’s Caldwell has missed three of his last five cuts but gave a slight indication he might be finally shaking off a nagging shoulder injury that has bothered him this year with a T-40 finish in Qatar.

Perhaps the four-week break in the DP World Tour’s schedule will have given the 37-year-old time to fully recover from the injury and tee up a roaring summer of golf and the Scandinavian Mixed champion tees off today alongside Antoine Rozner and James Morrison.

Royal Dublin’s Niall Kearney has ironically shown more consistency on the top-tier than he has on the Challenge Tour so far this season. The Dubliner has made his last two cuts on the DP World Tour while he has had the weekend off on the second-tier on two of the last three occasions.

The 34-year-old was desperately unlucky not to keep his card last season but he can take comfort from the fact he has a good record on Spanish soil after a top-25 and top-5 finish in Spain last season.

Kearney finished 21st on his first DP World Tour start of the season in 2021 before finishing in a share of 4tha fortnight later in Gran Canaria so he will be looking to replicate that form in Catalonia this week.

Kearney who is coached by Eddie Doyle of the Heritage in Co. Laois will play the opening two rounds alongside French veteran Raphael Jacquelin and England’s Garrick Porteous.

There is never a shortage of birdies when Cormac Sharvin tees it up, however, there are usually a few bogeys and occasionally some big numbers blotting his card and ruining his good work.

As a result, the Ardglass native has only made one cut on both the DP World and Challenge Tours so far this season. Sharvin is grouped alongside Richard McEvoy and Hugo Leon.

Local favourite Pablo Larrazabal is relishing the prospect of lifting his second DP World Tour title of the season on home soil this week.

The Spaniard arrives in Catalonia off the back of a win in March and a fifth place finish in Qatar last time out and despite the break in the schedule the six-time Tour winner feels he can continue his impressive season.

“I am ready to go,” he said ahead of the tournament’s debut on the DP World Tour. “I have been playing great, been practising great at home. There is nothing wrong with three weeks at home.

“To keep the momentum, you have to keep working and keep the routines going. That is all about preparation.”