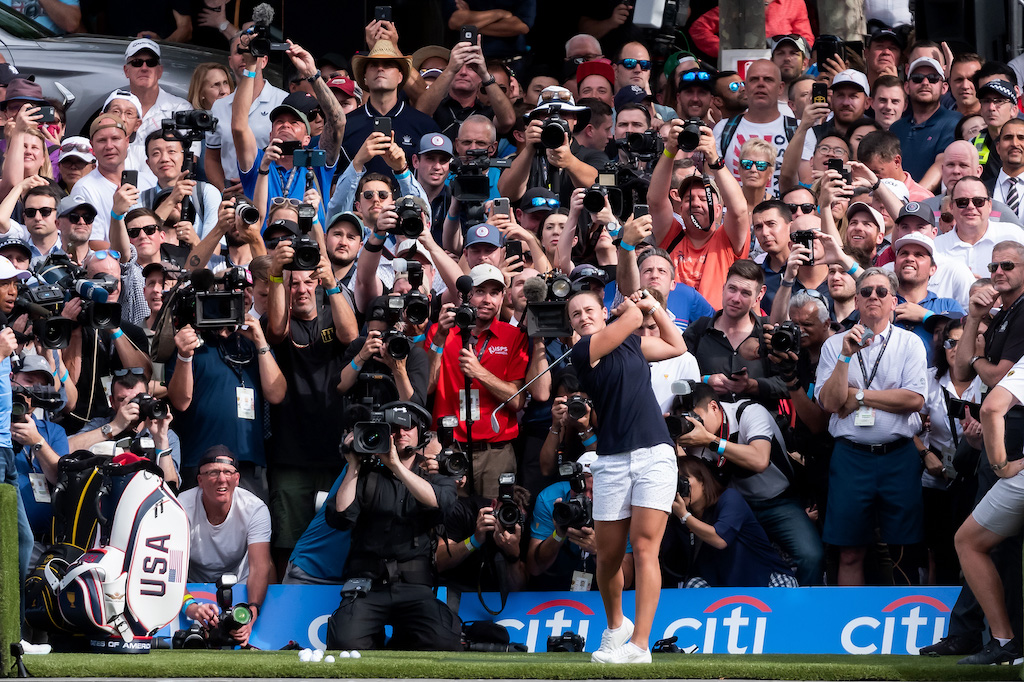 Former tennis world number one Ash Barty will swap her tennis racquet for golf clubs as her focus shifts to the fairways following her retirement from the court.

It has been strongly speculated that the four-handicap golfer could try her hand at a post-retirement career in golf but whatever about her long-term plans, Barty believes she can help grow the game in the interim by joining 23 other celebrities from the sporting world for the exhibition series.

“I’m excited to be part of the Icons Series and I hope through my participation in the series that we can encourage more women and girls to participate in golf around the world,” Barty told the Sydney Morning Herald.

“It’s such a unique opportunity to have fun, test yourself and compete against the world’s greatest athletes in a sport that we are all so passionate about.”

Barty, who retired from tennis last month at the age of 25, is a keen sportswoman, having previously tried her hand at cricket in a successful spell as a teen during a separate hiatus from tennis.

Twice a winner of the ladies club championship at her home course of Brookwater in Queensland, where Barty’s fiancée Garry Kissick is a trainee pro, the Aussie ace will no doubt be one of the stars of the show when the Icons Series first tees up at Liberty National in New Jersey in June.

Barty will compete as part of the rest of the world team captained by former Presidents Cup Captain Ernie Els, with a team from the USA skippered by another of golf’s greats, Fred Couples.

On her shock retirement in March, Barty said she was walking away from the tennis world with her head held high having given all she could to the game:

“Success for me is knowing that I’ve given absolutely everything that I can,” Barty said.

“I know how much work it takes to bring the best out of yourself. I’ve said it to my team multiple times; I don’t have that in me anymore. I don’t have the physical drive and the emotional want and kind of everything it takes to challenge yourself at the very top of the level anymore. I think I just know I’m absolutely … I am spent. I know physically I have nothing more to give, and that for me, that is success.”