A week after going close to a Green Jacket, Shane Lowry closing in on winning a Tartan Jacket 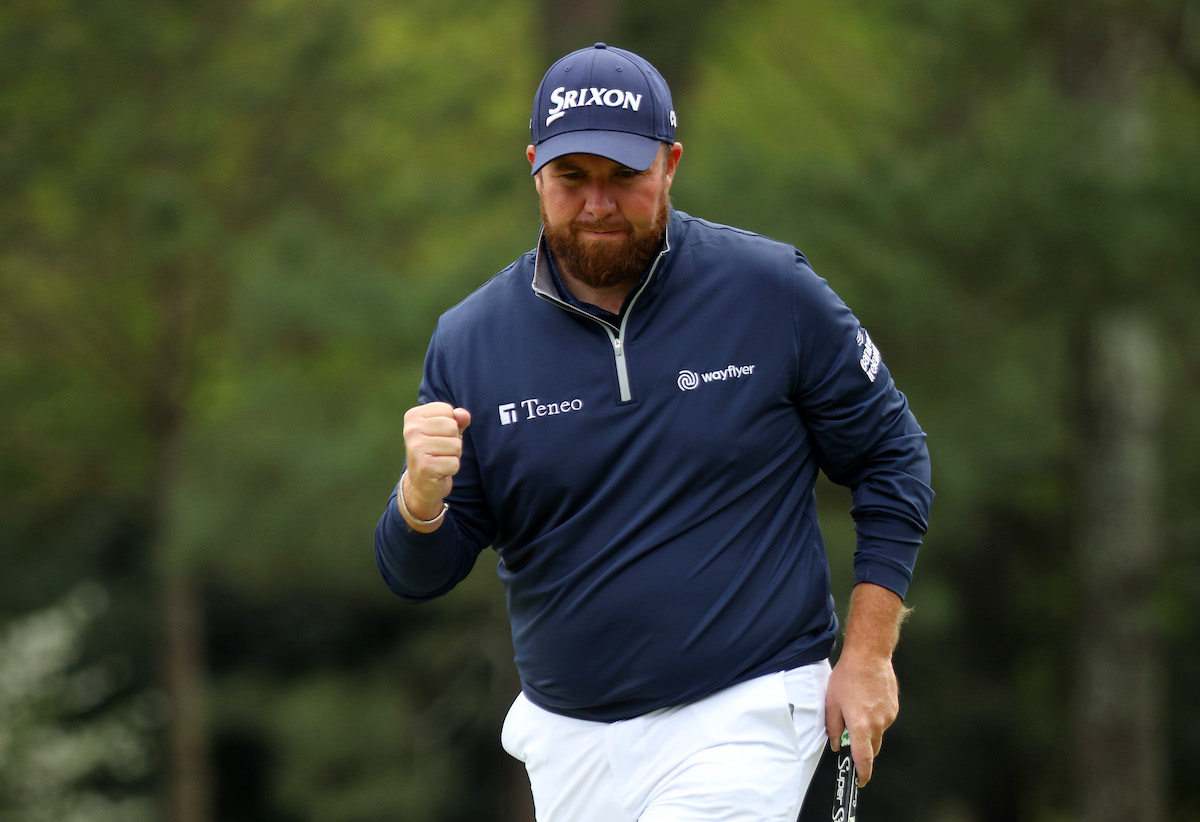 A week after going so close to being fitted with an Augusta National members green jacket and Shane Lowry is staring near point-blank at the possibility of earning a tartan jacket with victory in the RBC Heritage at Hilton Head.

Lowry superbly managed eight birdies, and dropped only two shots, in a sizzling six-under 65 to end the round just a stroke back at 10-under-par behind Harold Varner 111, and with the joint runner-up a year ago, looking to go one better this year in posting a 63 for his 11-under lead.

Varner 111, 31, won the first pro title at the 2016 Australian PGA and then captured the biggest win of his career on the first Sunday in February earlier this year in holing an eagle putt at the final hole to win the Asian Tour’s Saudi International, and now the World No. 39 is one round shy of a long-overdue maiden PGA Tour title.

“I’ve won in Australia, I’ve won somewhere else that I can’t speak of. I mean, it just proves that I can win, and I just want to do it here”, he said.  “Sometimes I think it can be like a focus. There’s always other stuff to do, people to entertain, but I feel like it just keeps giving me more confidence.

“The best thing that I can do is just run my course like this is my journey. It’s just weird. I’m getting old. When people say, oh, you’ve been out here this long and you haven’t won, I’m like, oh, really. So, it surprises me sometimes, but I just think I’m getting closer every time”.

Lowry had holed a knee-knocking par save at the 18th late on Friday to finish on four-under and then in big confidence-builder, he went on on Saturned and birdied the par-5 second hole, and for the third day running.  He gave the shot back with a bogey at the next, but he made amends, holing a six-footer for birdie at the par-4 fourth and then draining a four-footer at the next, the par-5 fifth.

The Clara golfer gave one back at the sixth but moved to two-under for his round in walking away with a birdie at the eight.  He then headed into the back nine in superb style with back-to-back birdies at 10 and 11, holing virtual tap-in putts of a respective two-feet and three-feet, and taking Lowry to four-under for his round and now eight-under in total.

The World No. 30 had birdied the par-5 15th in Friday’s wild conditions, and now in just a gentle breeze he did the same on day three, and this after finding a waste fairway bunker with his drive.

Lowry superbly capped his round at the last, splitting the fairway with a 300-yard drive, and then sending a 173-yard second shot to near nine-foot behind the flag and pumping his right fist, as we have seen of late, in seeing the birdie putt drop.

“It was pretty good. I feel like, without complaining too much, 65 is the worst score I could have shot”, said Lowry.  “I hit the ball unbelievable today, and I didn’t really hole anything. That putt on the last is probably as long as I’ve holed all day.

“It was getting quite frustrating for a while, but I hit it in pretty close a couple of times and made a couple of nice birdies. It was really nice to birdie the last and get myself into double digits for the tournament”.

Lowry continues his rich vein of form and as highlighted earlier this week by Irish Golfer Magazine, he’s done everything since his last victory at the 2019 Open Championship, but win again

Most recently, he had moved into the lead near the end of the Honda Classic, and had it not been for the snail-like pace of playing partner Daniel Berger, they would have avoided the heavens open down the 72nd hole and Lowry would have teed up this week winner at PGA National.

Anyway, he again gets a chance to win at Hilton Head, and in his fifth showing and with a best of a T3rd in 2019 and a strong T9th a year ago.

“It’s amazing. My confidence is pretty high, obviously. I’ve been thereabouts a lot of Sundays this year so far”, he said. “The one thing that let me down at the Masters last week was my iron play, and I’m probably not far off No. 1 in the field this week in strokes gained approach.

“It’s also funny how this game works. I putted great at the Masters. I didn’t putt great today. I’m just hoping it will all click into gear tomorrow, and hopefully, I’ll have a chance coming down the back nine”.