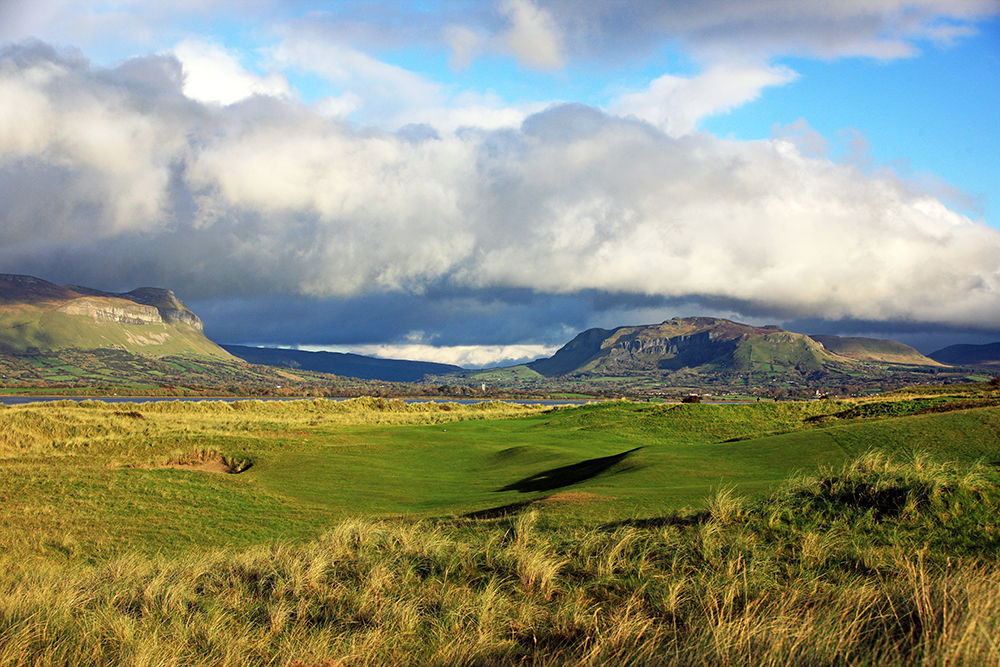 Jordan Boles has developed a taste for links golf over the last fortnight and that continued as he cruised through the qualifiers for the 99th West of Ireland Amateur Championship sponsored by Connolly’s Audi.

They say all good rounds start with a bogey and Boles recovered from an opening dropped shot with birdies on the second, fifth, eleventh, twelfth and fourteenth to get to four-under.

That electric run came to an end on the 15th as the Maynooth University scholar dropped his second shot of the day on 15 before a birdie, bogey finish kept him at the top of the leaderboard.

Having played in the R&A Student Series Finale at St Andrews last week and now a competitive round in Co. Sligo, Boles will tee it up tomorrow in fine form.

22 spots in the championship were on offer for the 92 hopefuls who teed it up in Wednesday morning’s qualifier with some notable names securing their berths in the 132-player championship field.

Some family traditions were continued as Harry Fanagan, the son of 1997 West of Ireland champion and former Walker Cup player Jody qualified in a share of 11th with a level-par 71 while Rian Carvill the nephew of former South and East of Ireland winner Jim was a shot further back after a one-over 72.

As is usually the case there was drama to decide the last few spots in Friday’s field as a four-man playoff took place to determine who booked the last three slots.

After all four players parred the first extra hole, Hayden bowed out with a double-bogey on the next after Underwood and Cafferky made par fours and O’Reilly pipped Hayden to the post with a bogey five.

It all kicks off in Rosses Point tomorrow as Royal Dublin’s Hugh Foley bids to defend the title since a certain Rory McIlroy in 2005 and 2006.