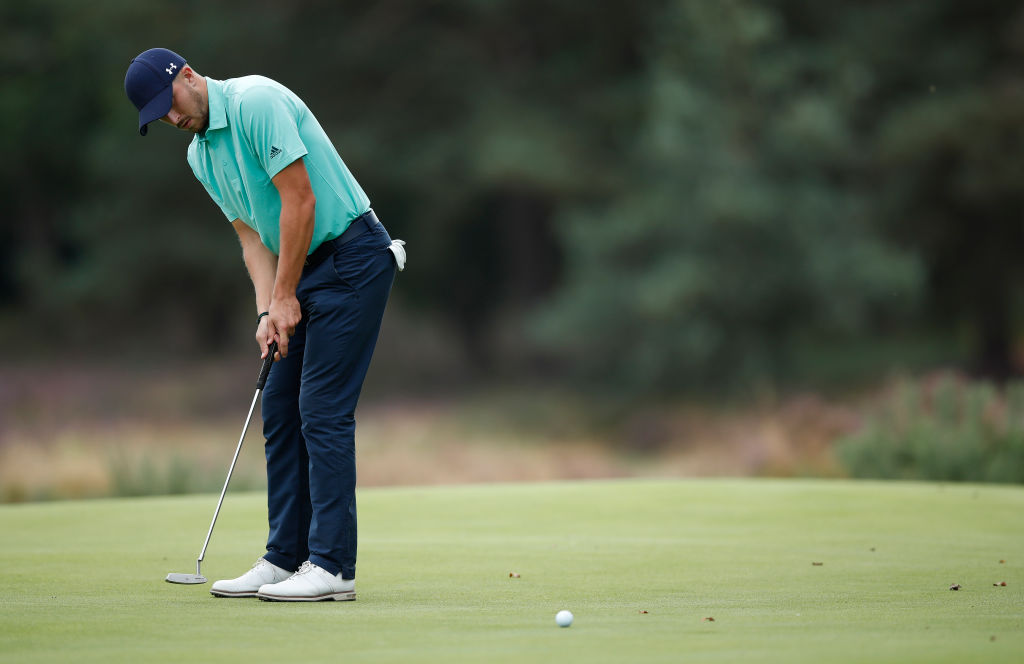 Laytown & Bettystown golfer Alex Maguire is back in the winner’s circle again after he came through the Bayou City Collegiate Classic in a playoff in Texas.

Maguire who attends Florida Atlantic University survived a two-hole sudden-death playoff against Garrison Smith of New Mexico State after the pair were level on three-under through 54 holes.

The Meath native shot a two-over 74 after a closing double-bogey six dropped him out of the lead and into extra holes.

It was an erratic round for the former North of Ireland champion who carded three birdies, three bogeys and a double but he regained his composure to win the playoff.

Maguire who also won the Connacht Strokeplay and played a crucial role in Ireland’s Home Internationals triumph last year made the turn in 36 after birdies on the first and sixth holes were cancelled out by dropped shots on 4 and 8.

Starting his back nine on five-under par, Maguire dropped his third shot of the day on the par-3 12th before picking up a birdie on the par-5 16th to re-establish a two-shot lead over Smith.

After winning the playoff following a closing six, there was more reason to celebrate for Maguire after Florida Atlantic also secured the team competition running out five-stroke winners on twelve-over.