Ireland leave it late to see off Wales in Quadrangular matches 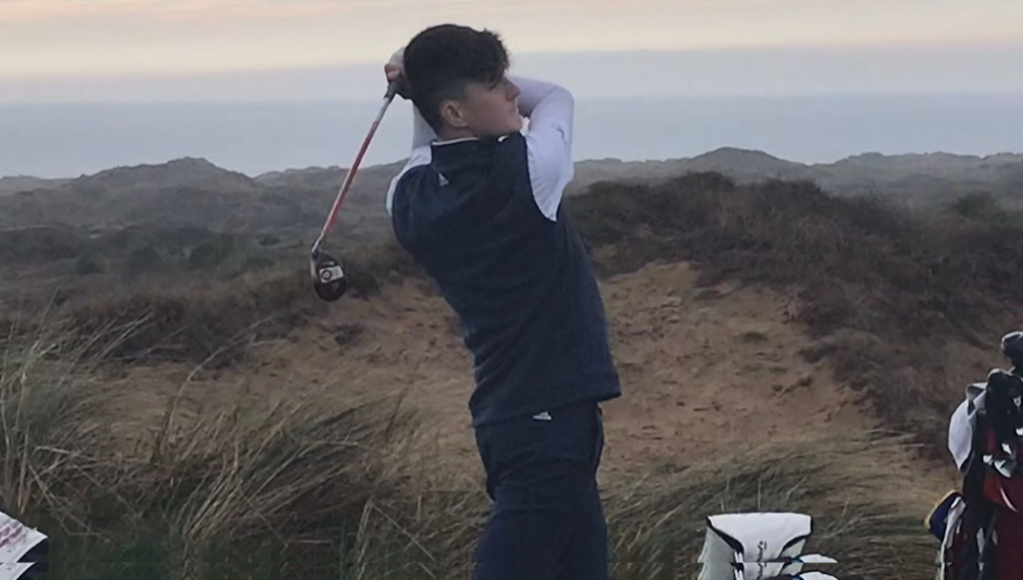 Charlie Smyth in action at the Quadrangular Matches in Wales

Ireland got off to a flying start at the 2022 Quadrangular Matches thanks to a narrow 3-2 win over host nation Wales at Pyle and Kenfig on Tuesday.

The U16 Boys and Girls are competing alongside each other with each point going towards an overall total.

The match against Wales was a tight affair with every match reaching the 16th hole at least.

In the top match Warrenpoint’s Harry McArdle and John Doyle of Fota Island came out on the wrong side of a 1UP scoreline against Callum Hook and James Howell as the Welsh took an early lead.

Slieve Russell’s Charlie Smyth and Tullamore’s Evan Monaghan levelled the tie as they eased to a 3&2 win over Charley Simpson and Alex Japp while Mark Gazi of Tralee and Tipperary’s Donnacha Cleary suffered the same fate as McArdle and Doyle as they fell to a one-hole defeat to William Sandoz and Ryan Williams.

It was the girls who pulled the result out of the fire for the Irish as Marina Joyce-Moreno/Kate Dillon and Olivia Costello/Hannah Guerin secured the vital points to turn the tie on its head.

Joyce Moreno who is based in Spain’s Llavaneras partnered Oughterard’s Dillon to a 2UP victory over Elin Tynan and Isobel Kelly while Roscommon’s Costello and Guerin of Royal Tara edged themselves to a 3&1 win over Annabel Collis and Alicia Kelly.

Elsewhere in the group Scotland romped to a 4.5-0.5 win over The Netherlands.