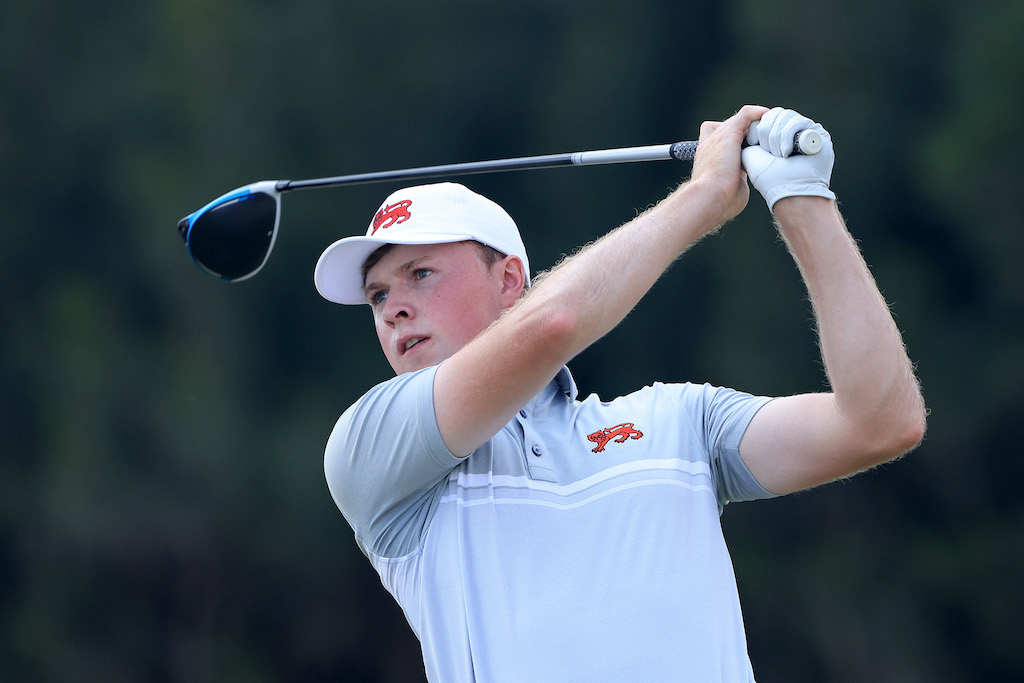 Mark Power suffered a disappointing finish at the weather delayed Calusa Cup as he fell down the leaderboard eventually settling for a share of 25th place.

The Kilkenny native opened his week with a one-under 71 but faltered in his final two rounds shooting 75 and 78 to finish on eight-over.

The second round was delayed just after Power slipped back to level-par for the tournament after a bogey on the third.

Upon his return to the golf course in Naples, Florida, Power dropped a shot on the 4th but got it back on the sixth. A third bogey of the round followed on 8 as he turned in 38.

It didn’t get much better for the 21-year-old on the back nine as bogeys on 12 and 16 prevented any back nine recovery despite a closing birdie.

Power couldn’t stop the bleeding in his final round and dropped three shots in his opening five holes while he did birdie the 2nd. After turning in two-over 38 he suffered a nightmarish start to his back nine dropping five shots between the tenth and twelfth.

The Wake Forest man dropped another shot on the 16th but did pick up much-needed birdies on 12 and 18 for a back nine of 40.

Meanwhile in the Wolfpack Match Play Cork’s Mairead Martin completed a personal clean sweep as she won her third point in as many matches for Louisville University with a stunning 7&5 win.

Unfortunately her university came out on the wrong side of a 3-2 scoreline against North Carolina State.

Martin lead from the start with a four on the first as she dispatched Natalie Ambruester in emphatic fashion.