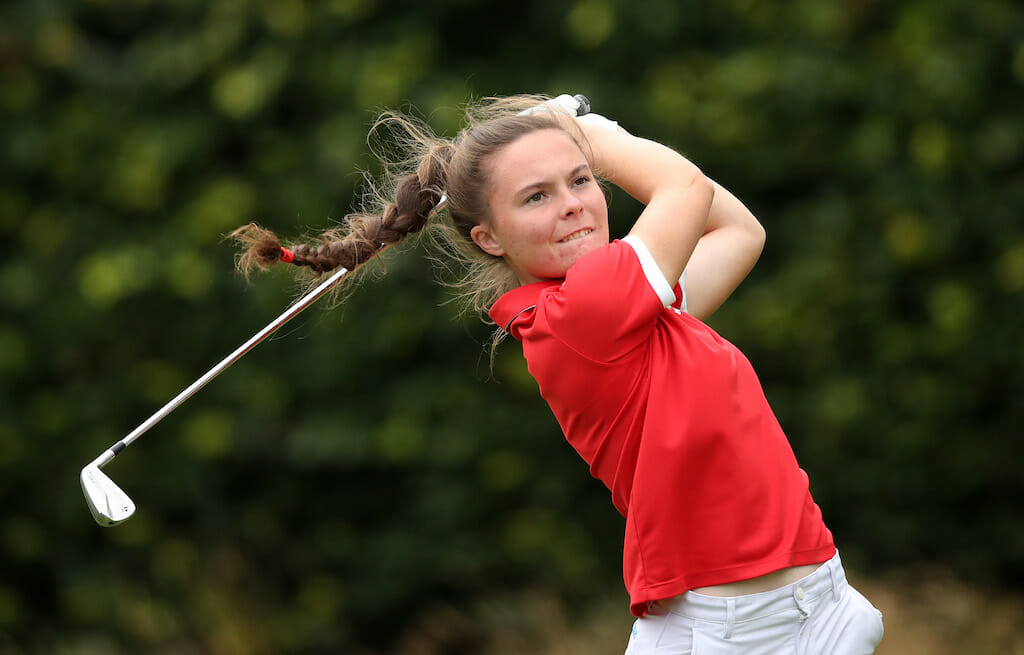 Despite a back nine charge, Beth Coulter had to settle for a share of third place at the European Nations at Royal Club de Golf Sotogrande.

The Kirkistown star finished seven shots adrift of eventual winner Helen Briem as the German woman sealed a two-shot win after a superb two-under 70 to top the tree on five-over.

Coulter signed for a four-round total of plus twelve after she bounced back from a rough front nine to come home in 34 strokes.

The Irish international birdied the second for the third day in succession before dropped shots on the third, fourth eighth and ninth saw her turn in 39.

A third bogey in a row followed on the tenth but she recovered with a brace of birdies on 11 and 12. The teenager finished in style with a birdie two on the 17th to round off a great week in Spain.

Meanwhile, Robert Moran finished the week as best of the Irish in the male competition with a four-over 76.

The Castle golfer settled for a 13th place finish on fifteen-over. The Dubliner endured a difficult front nine, turning in forty but recovered with a level-par inward nine that included two birdies on 11 and 13. Unfortunately, he let those shots slip on 16 and 18.

Liam Nolan edged his way into the top-20 with a 76 of his own for an eighteen-over total. Two birdies, four bogeys, and a double-bogey ensured he finished in a share of 16th place.

Irish Amateur and Close champion Peter O’Keeffe ended his week with a fine effort of 73 to crack the top-30 on twenty-over-par.

After an erratic first 54-holes the Douglas native carded two birdies and three bogeys while Royal Dublin’s Hugh Foley rounded off his week with a 79 to finish on plus twenty-three.

There was high drama at the top of the leaderboard as Spaniard Jaime Montojo Fernandez edged out compatriot Luis Masaveu in a playoff to take the title.

The pair were locked together on level-par after 72 holes after rounds of 75 and 73 respectively but Fernandez held his nerve in extra time.