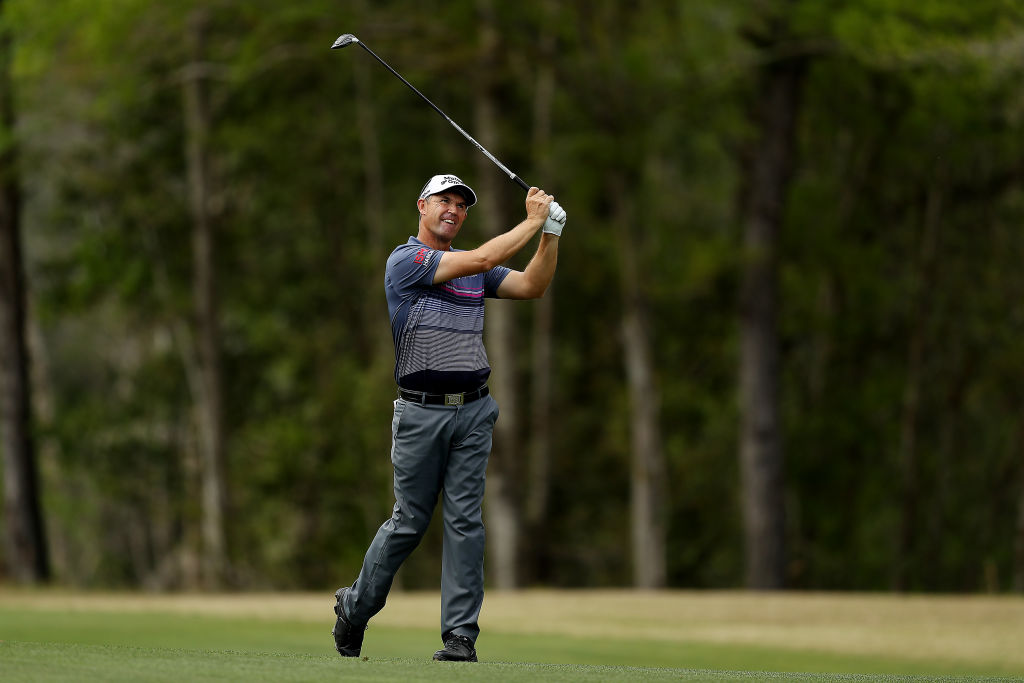 Both Darren Clarke and Padraig Harrington will start the final round of the Rapiscan Systems Classic six shots off the lead after contrasting fortunes on day two at Grand Bear Golf Club in Biloxi, Mississippi.

Both players have shot rounds of 67 and 72 to lie five-under-par, with former Open champion Clarke shooting his better round on Saturday, while Harrington failed to replicate Friday’s scoring touch in his second round.

The result is they will need excellent final rounds if they are to trouble the trophy engraver on Sunday evening, the pair trailing leader Steven Alker, who holds a one-shot lead over Bob Estes with a round to play after an incredible 10-under 62 in round two.

Clarke discovered something he didn’t have on Friday when he retook to the course for his second round, three birdies on both nines actually moving him up to six-under, but a bogey at the 17th saw him fall back into a share of 11th.

He is joined there by Harrington, who led after day one and admitted he needed to change up his game in order to compete on the PGA Tour Champions, but unfortunately he couldn’t keep the mistakes off the scorecard.

His birdies, which came at the second, fifth and 10th, were cancelled out by bogeys, at the third, eighth and 16th, meaning he never got any momentum going and would finish the day where he started.

That means Alker has assumed control of the tournament after an outrageous bogey-free 62 that is the best round of anybody this week by two shots to sit 11-under, one clear of Estes who shot a 64.

The 50-year-old New Zealander was quite comfortably the best golfer on Saturday as he peppered the pin and he admitted he was in the zone right from the get go as he birdied five holes on both nines.

“I just kind of dialled in my irons early on and took advantage of the par-fives, and obviously putted better. You always putt well when you shoot 62,” said Alker, who set the 36-hole scoring record.

“I just gave myself a lot of chances. Seemed like I was inside kind of 10 feet, 12 feet a lot today and I made some nice up-and-downs at the end, which was nice because I was just trying to hang on, but I was kind of in between clubs.

“Just tried to stay aggressive, that was the big thing.”