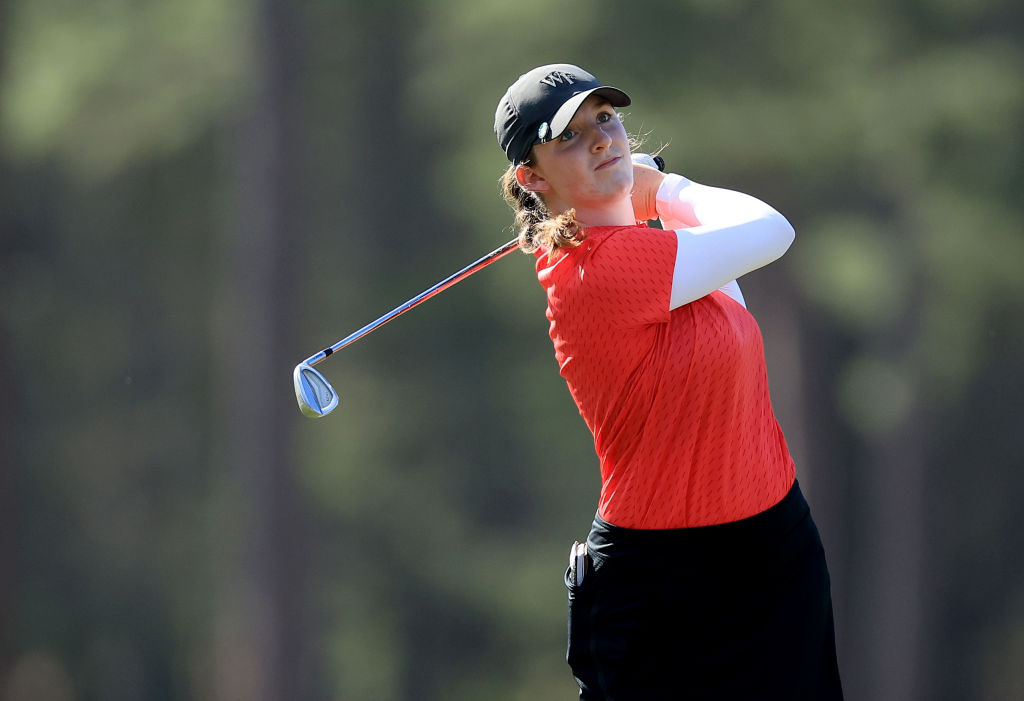 The Castlewarden native has completed ten holes of her second round after play was delayed until just after 8pm Irish time on Friday due to inclement weather. Play had been originally scheduled to start at 7:30 a.m., but was delayed seven and a half hours as heavy rain went through the area all morning.  With play then starting at 3 p.m., only nine golfers were able to finish their rounds as play was called due to darkness at 7:52 p.m and all remaining golfers will return to the course today to conclude the action.

Walsh was in a precarious position on four-over after an opening-round 76 but now finds herself in contention on plus five after the leaders struggled and came back to the pack.

The Curtis Cup star has carded two bogeys and one birdie in the first ten holes of her second round which has lifted her inside the top-30 and she is just five shots off the lead in a share of 26th place.

Walsh, who enjoyed an impressive major championship debut at the AIG Women’s Open at Carnoustie last year will return to the Champions Retreat course at 7:30 local time as the players battle to get the first 36-holes completed before Saturday.

The top-30 players at days end are scheduled to play a practice round at Augusta National before Saturday’s final round.

As it stands, just five shots separate the top-36 and ties with Sweden’s Beatrice Wallin, Amari Avery, and Hailey Borja out in front on level-par.

Wallin and Avery are both one-under through 16 holes of their second round while Borja is one-over through eleven.

Overnight leaders Benedetta Moresco and Anna Davis have slipped back to plus one and plus two respectively.