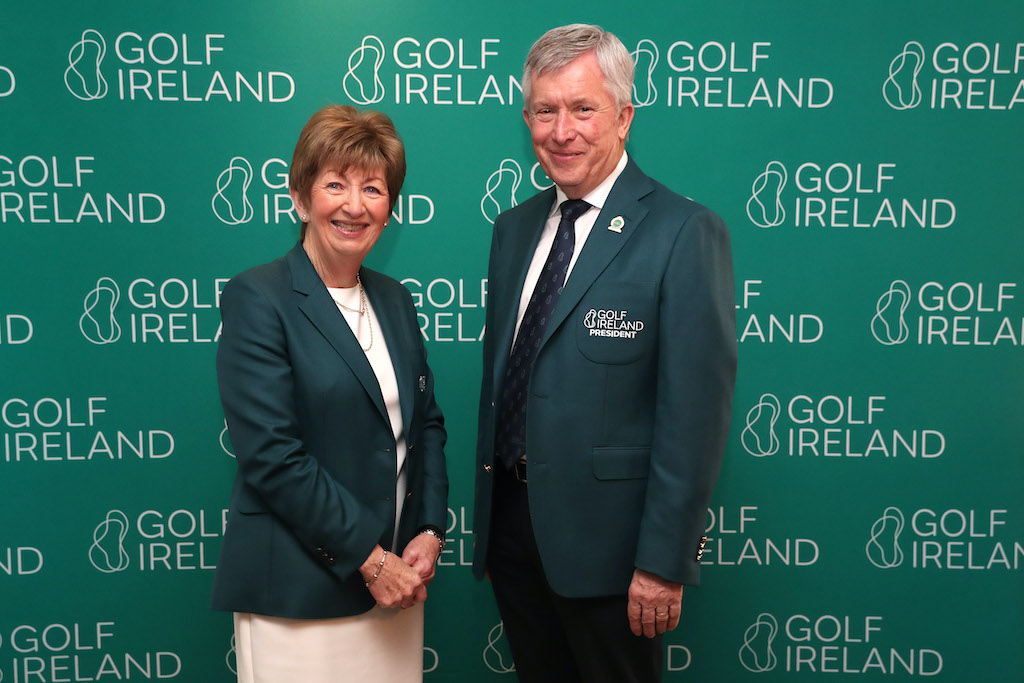 The second AGM of Golf Ireland took place on Saturday, at the Hodson Bay Hotel in Athlone and the governing body presented its Annual Report to the members. CLICK HERE TO VIEW THE REPORT

Unlike 2021’s fully virtual meeting, the AGM saw a hybrid model with some delegates in attendance, and others watching online and if you’d like to review the presentation given on the day CLICK HERE

Speaking after the AGM, the new Golf Ireland President Kay O’Loughlin said; “I am honoured to become the new President, following on from the work done by John last year.

“In my role as President-Elect in 2021, I saw the fantastic work done by clubs around the country, and I look forward to visiting many more this year.

“I would also like to congratulate Jim Long on his election as President-Elect, and it will be great to work closely with him in the months ahead.

“To be named the first female President is an honour of a lifetime, and one I am extremely proud of.”