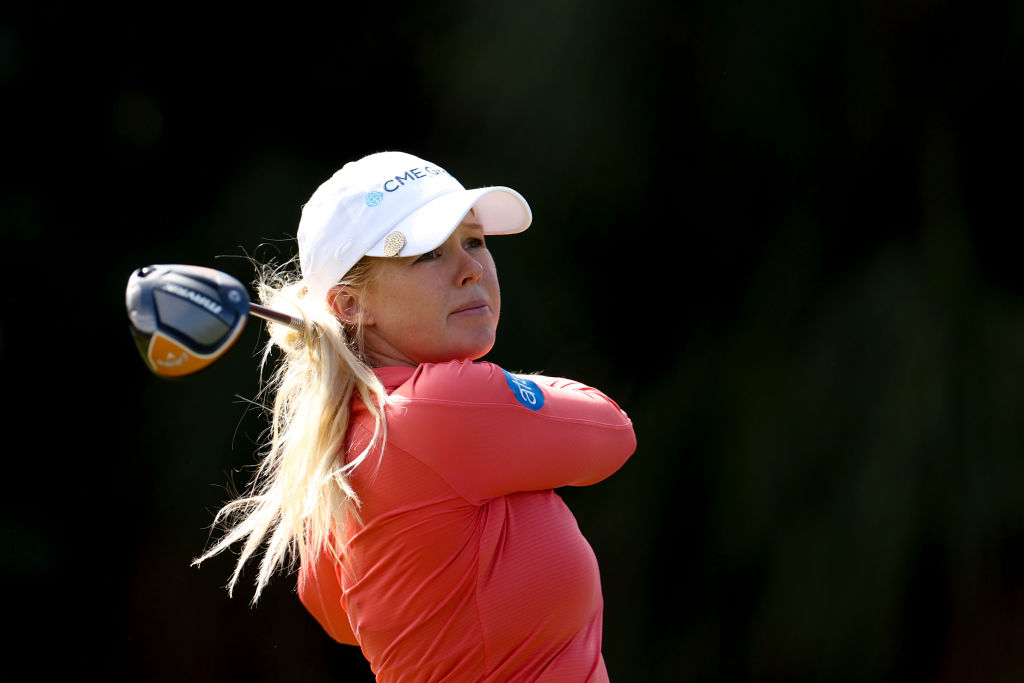 Leona Maguire has revealed that she is taking a patient approach towards her putting as she looks to gather some form going into next week’s Chevron Championship.

The Cavan woman began her final tune-up for the first Major of the season with a three-under 69 in the opening round of the JTBC Classic in Carlsbad, California, which leaves her four shots of early leader Jin Young Ko.

Maguire has openly admitted she has struggled on the greens early in the season and she ranks 41st in strokes gained – putting on the LPGA Tour to this point, however she was better in her first round than in previous outings.

While she took 30 strokes on the greens, she holed some timely putts in a round containing four birdies and one bogey at Aviara Golf Club which has her inside the top-10.

“I think it’s just a case of being patient,” said Maguire of her approach to putting. “You don’t really know what the ball is going to do until it makes its way to the hole, so just try and hit good putts and just accepting the outcome. You just have to keep hitting putts and keep being patient, not getting too frustrated on the greens.

“I didn’t drive the ball well today so I didn’t give myself as many chances as I would’ve liked. It’s quite hard. The rough is quite thick in spots, so it’s quite hard to control into the greens if you’re in the rough. So try and hit a few more fairways tomorrow.”

The 27-year-old reached three-under quickly as, after starting at the 10th, she recorded three birdies in four holes starting at the 13th, but her scoring slowed up after the turn, a birdie at the par-five fifth getting her to four-under, only to give it back with her only dropped shot of the day at the par-four seventh.

It was still a good day’s work for Maguire, who admitted: “Yeah, played solid. Didn’t give myself a whole lot of chances, but surprised myself with how well I putted today, which was nice. Haven’t said that about poa greens for a while.

Maguire is chasing the irrepressible Ko, who continued her utter domination of the women’s game and already leads by two strokes in her bid to pick up her seventh win since July 2021 and her fifth in her last six starts.

The Korean was bogey-free in her opening round, seven birdies leading to a 65 that has her one shot ahead of Demark’s Nanna Koerttx Madsen with a group two shots behind which includes fellow Korean Hye-Jin Choi, American Cheyenne Knights and Scotland’s Gemma Dryburgh.

Jordanstown’s Stephanie Meadow, back in action after a few weeks off, was one-under thru her first 13 holes and by close of play had joined Maguire at 3-under par having bagged two birdies in her closing three holes as she looks to pick up some momentum heading to Mission Hills next week.