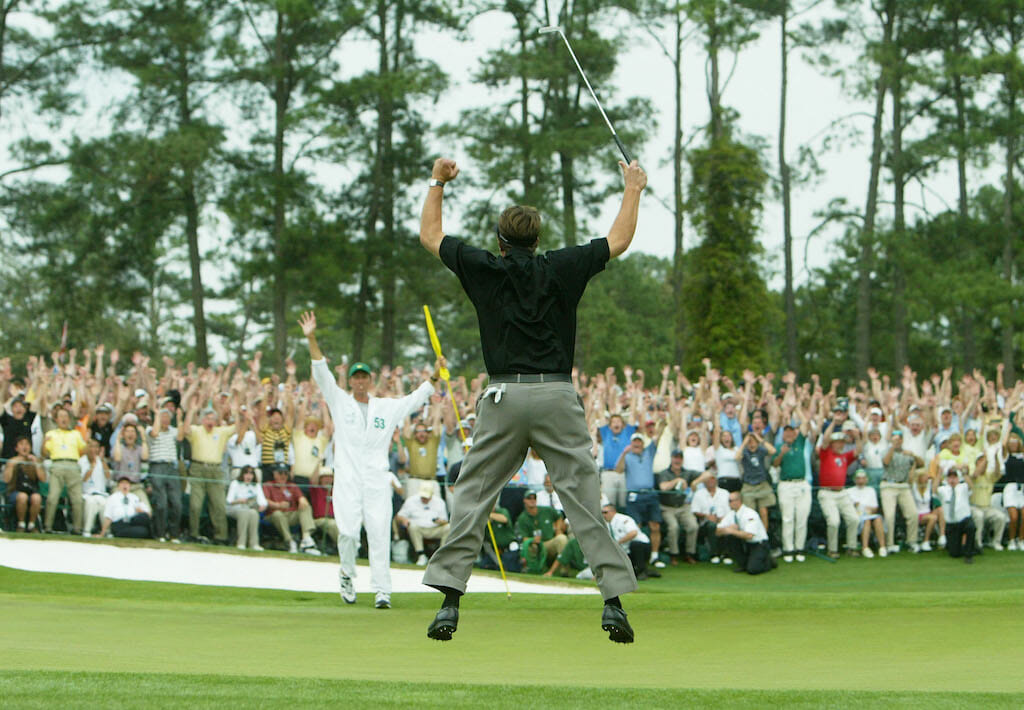 It is coming to light that Phil Mickelson’s decision not to contest this year’s Masters is not entirely his own decision.

Golf fans were shocked to learn Mickelson advised he will not be present at the Masters, as it will be the first time in 28-years the three-time winner of the famed green jacket will not be teeing-up at Augusta National.

This was then confirmed when Augusta recently released the present list of exempt entrants but with Mickelson’s name removed from the list of competitors.

We know also Mickelson is presently taking a long break from the game following his controversial comments directed at the PGA Tour however, there is now reports Augusta National doesn’t want Mickelson on the property for the week of the Masters fearing an unnecessary media circus chasing the now 51-year-old about the hallowed Georgia grounds.

Mickelson is also the subject of not one but three books, the first set to be in coming weeks, the second in May, and a more explosive book in December.

The first is ‘Tiger & Phil, a book by renowned golf writer Bob Harig, a second, a biography, by Alan Shipnuck that will be released in May while the third, and set to be the most revealingly, is co-written by former friend and legendary gambler Billy Walters, who was sentenced in 2017 to five years in jail for profiting $43 million from trades of Dean Foods through inside information.

American journalist and good friend, Craig Dolch, says that at Walters’ urging, Mickelson made more than $931,000 trading Dean Foods stocks in 2012. The Securities and Exchange Commission in the US named Mickelson a “relief defendant,” meaning the agency believed he profited from insider trading in Dean Foods, even if he didn’t engage in it himself.

It led to Mickelson agreeing to surrender his trading profits, plus interest of more than $100,000, without admitting or denying the allegations.

Co-writing this book with Walters is investigative journalist Armen Keteyian. The book, which is expected to be available in December, is not specifically about Mickelson, but will surely include information about their relationship. Mickelson once owed Walters almost $2 million in gambling losses.

Dolich says there’s a reason why almost all of Mickelson’s major endorsers have either ended their deals or, in Callaway’s case, put it on pause – and it’s not just his inflammatory comments but fearing what may be revealed in all three books.

When Mickelson issued a public statement last month, he admitted to some troubling times when he wrote, “The past 10 years I have felt the pressure and stress slowly affecting me at a deeper level. I know I have not been my best and desperately need time away to prioritize the ones I love most and work on being the man I want to be.”

Is it just Mickelson’s gambling history that will appear in the books? Mickelson has never made a secret of his love to wager, often telling reporters who he was betting on, particularly when it came to the Super Bowl but then ‘Lefty’s’ advisors finally told him to stop talking about his wagers publicly.

Dolich also notably highlights that in the past two months or so Mickelson has been akin to being cast out in a rowboat without any oars, as none of his PGA colleagues have publicly reached-out to lend support. Rory McIlroy was recently asked his thoughts and responded that Mickelson’s comments were “naïve, selfish, egotistical, ignorant”.

Mickelson made his Masters debut in 1991, the second appearance in 1993, while he’s not missed a Masters since 1995. He captured his first Masters in 2004 when he carried two drivers in his bag. He won a second green jacket in 2006 and followed up with a third in 2010.

And in his 29 Augusta appearances, he’s had 15 top-10s and missed the cut only three times.