No weekend work for Caldwell as struggles continue in South Africa 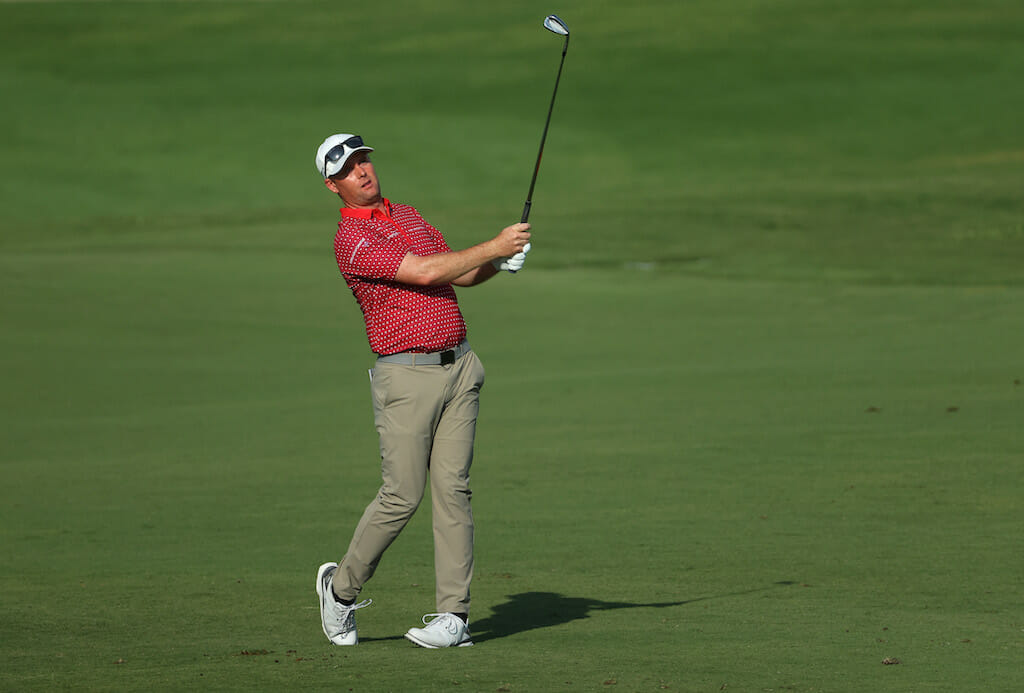 Jonathan Caldwell missed his sixth cut in his last seven events despite a better showing in round two of the Steyn City Championship in Johannesburg.

The Clandeboye man left himself with far too much work to do after an opening round of 77 and although he was five shots better with a level-par 72 on day two, he missed the cut by 10 shots.

Caldwell is coming back from a shoulder injury and his form has suffered as a result, but he is still searching for the form that saw him pick up his maiden DP World Tour victory at the Scandinavian Mixed last year.

On this occasion, he did well to recover from two bogeys in his first four holes at The Club at Steyn City with two birdies in a relatively uneventful round of 72, but it was a damaging opening day that cost him as he finished well off even making the weekend.

Meanwhile, local man Shaun Norris shot an outstanding 10-under 62 on day two in Johannesburg to take him three shots clear going into the weekend at 18-under at the top of the leaderboard.

The South African, who has brother Kyle on the bag, is yet to drop a shot at The Club at Steyn City as he added an eagle and eight birdies in his second round to put daylight between himself and first round leader James Hart du Preez, who is now second.

“Overall my game was great and I gave myself a lot of chances. I’m smiling out there and I’m very happy,” said Norris. “My gameplan will stay the same. I’ll keep smiling, we’ll have fun out there and see what happens.

“I’m really enjoying being back at home with my family, and my brother and I are having a lot of fun on the golf course as well. He’s also not scared to tell me if he thinks I’m wrong, so we work very well together. It really feels like I’m playing at home.”

Du Preez had set the clubhouse target at 15-under by adding a 66 to his first round 63 but it would be easily eclipsed by Norris, while Dean Burmester rounded out the top-three as a seven-under 65 moved him up to 13-under.