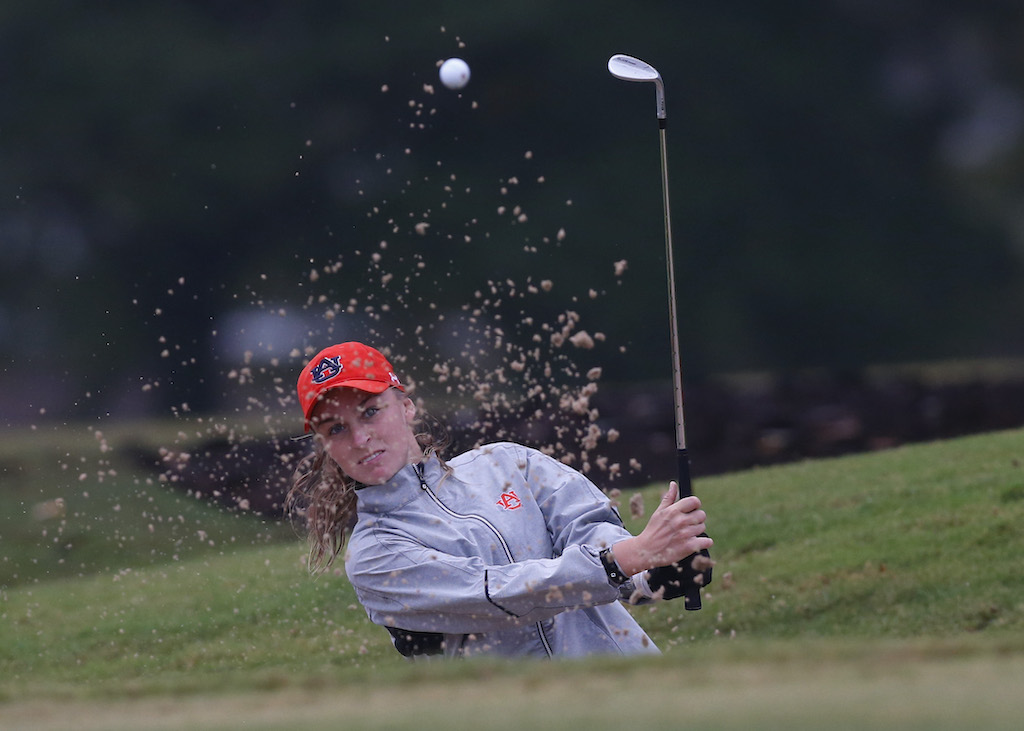 Auburn senior Julie McCarthy remains in line for a big week at the Northrop Grumman Regional Challenge but will need to go low in the final round to reel in Wake Forest’s Rachel Kuehn.

The Forrest Little star followed up a six-birdie haul on day one at Palos Verdes Golf Club with a gutsy one-over par 72 in round two to remain in a tie for second at two-under par, albeit six back of Kuehn’s stretched lead.

It could’ve been a different story for the Swords golfer who had to dig deep to keep in it after a nightmare start that included four bogeys in McCarthy’s first six holes on Monday.

Yet to her enormous credit, McCarthy, who is playing as an individual for Auburn this week, turned it around on her homeward half with birdies at 12 and 14 followed by a fantastic eagle on 16, wiping clear the four bogeys on the front but for one last sting in the tail with a fifth bogey arriving at the penultimate hole.

Still, McCarthy will know stranger things have happened in golf than overturning a six shot lead though Kuehn looks composed out in front having carded successive 67s to hold sway at eight-under.

McCarthy’s teammate Elm Park’s Anna Foster meanwhile struggled on Monday after a momentum crushing quadruple bogey ‘8’ at the third hole. Like McCarthy, Foster also showed great resolve, landing a highlight eagle ‘2’ at the par-4 14th before signing for a four-over 75.

Foster sits in a tie for 38th at six-over, two shots back of fellow Irish international Lauren Walsh who improved into the top-25 thanks to two birdies in her closing three holes in a one-over 72.