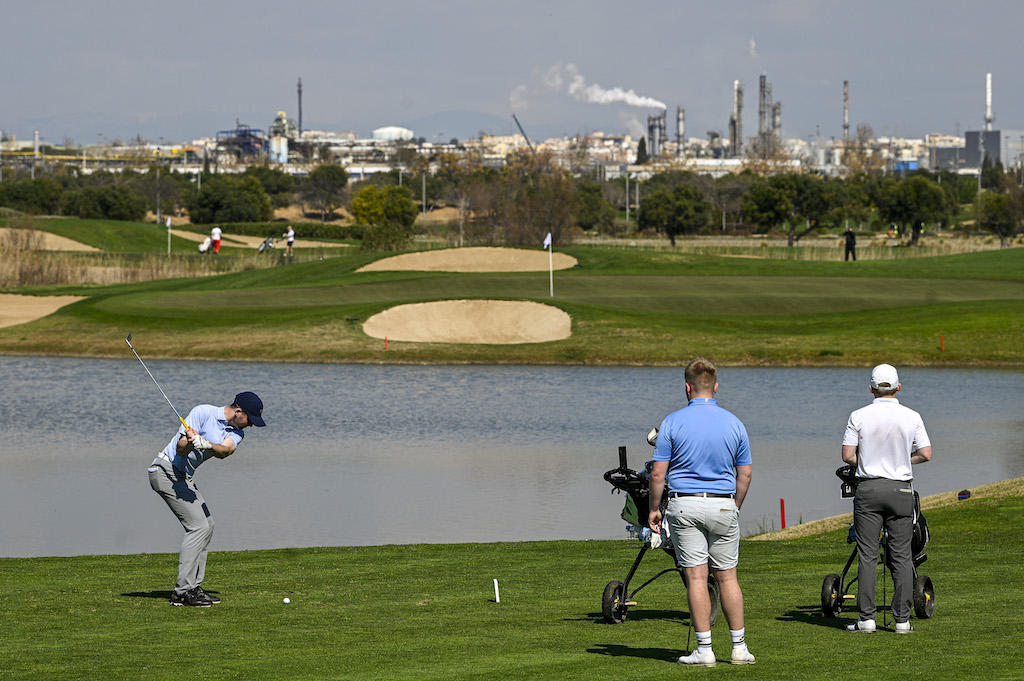 Trinity College Dublin’s Eoin Sullivan will go into the final round of the latest R&A Student Series event in Spain just one shot back of the lead, with a host of Maynooth rivals queuing up behind him.

The Carton House golfer landed a brilliant eagle at the closing hole to complete a two-under round of 69 to jump to three-under for the tournament.

Sullivan’s round also included a mixed bag of four birdies and four bogeys but proving he can score around Infinitum Hills Lakes Course, the TCD student will hold out every hope of eclipsing 36-hole leader Ben Brookes who heads the field at four-under.

Off the back of an invaluable three day training camp with top programme coaches Donal Scott, Johnny Foster and Noel Fox, Maynooth University otherwise dominates the top-10 of the leaderboard with Lisburn’s Aaron Marshall just two back and in a tie for third after adding a one-over 72 to his opening 68.

Marshall carded four birdies but also three bogeys and a double but holds every chance, as does Maynooth teammate, Allan Hill.

The Athenry man jumped eight spots and into sixth after trading four birdies with a single dropped shot to get into the red for the week at one-under after a second round 68.

Roscommon’s Simon Walker is a short further back at even-par after a second round 70 with another Maynooth man, David Kitt not without hope despite a two-over 73 dropping him to one-over par.

Fellow Paddy Harrington Scholars Ryan Griffin and Eoin Murphy (video below) complete the top-10 with both players in a share of ninth at two-over, just six shots back with 18 to play.

“Nobody shot the lights out today but Aaron is still within touching distance. Allan Hill shot a brilliant round of 68. He’s been struggling a bit with form but he’s definitely a guy to watch tomorrow, as are David Kitt and Eoin Murphy.

“The leaderboard is quite bunched – we have six players in the top-10 – so we’ll hope to have someone coming from the pack and shooting a low one to apply a bit of pressure on the leaders.”

In the Women’s event, Maynooth’s Kate Dwyer flies the flag for Ireland and is also right in contention after signing for a second consecutive three-over 74.

At six-over par for the tournament, Dwyer sits in outright fourth place, just four shots adrift of Welshwoman Darcey Harry who sets the bar at two-over after adding a 75 to her opening 69.

“The Women’s event is also quite stacked,” Fennelly added. “Kate’s been playing really well. She’s made a lot of improvements this year and is definitely in with a shout tomorrow after two solid rounds of golf.” 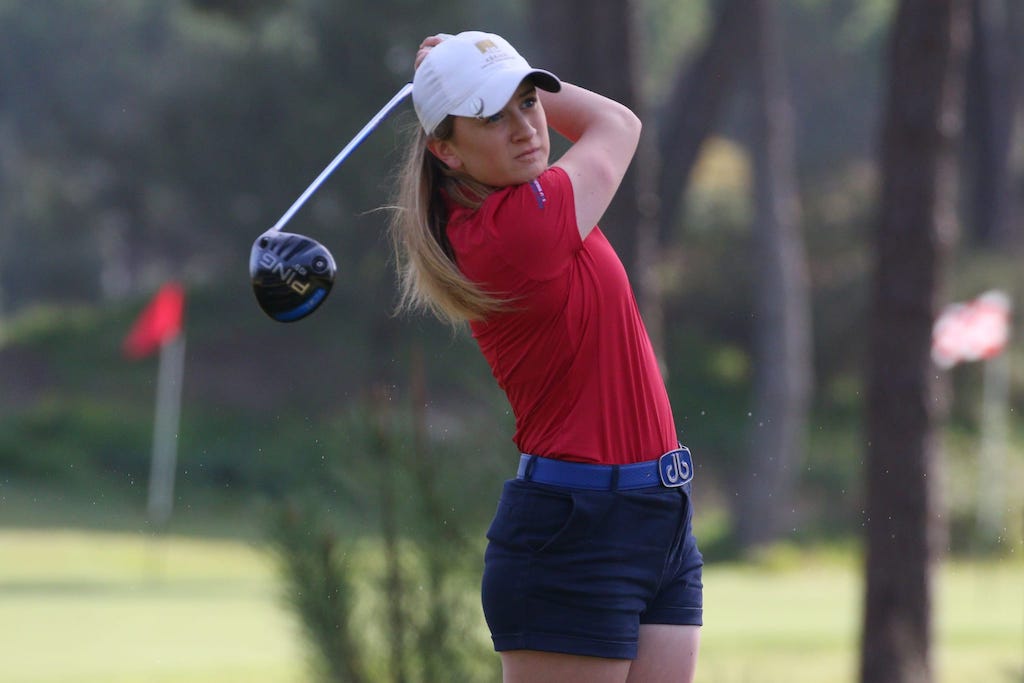 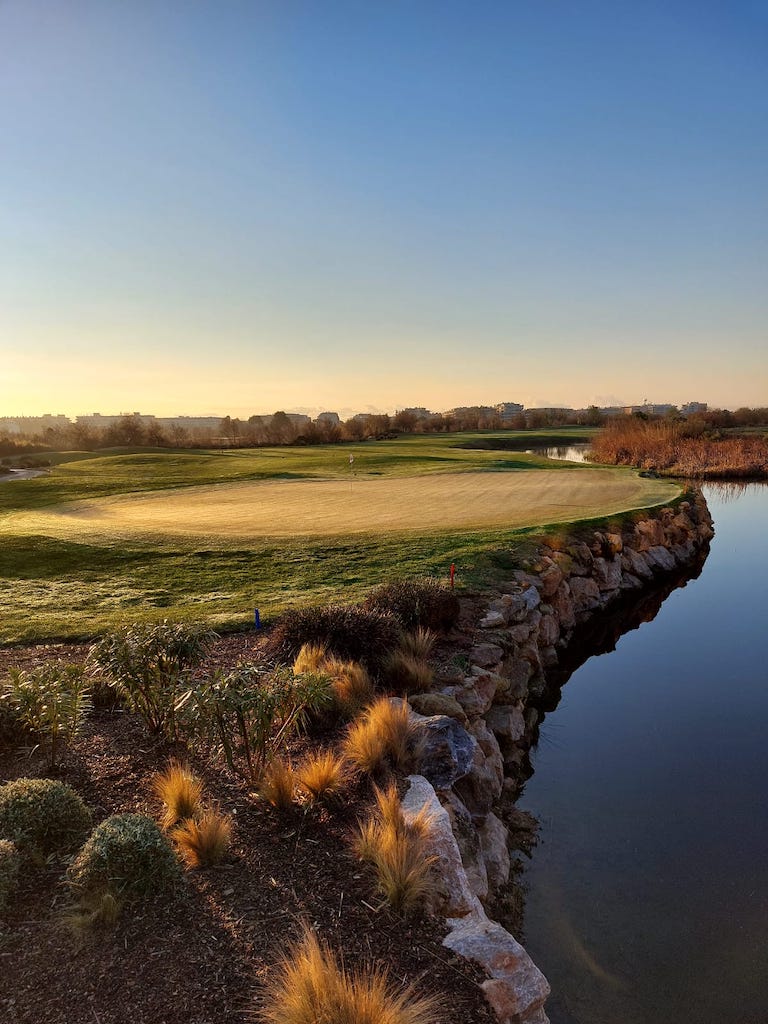 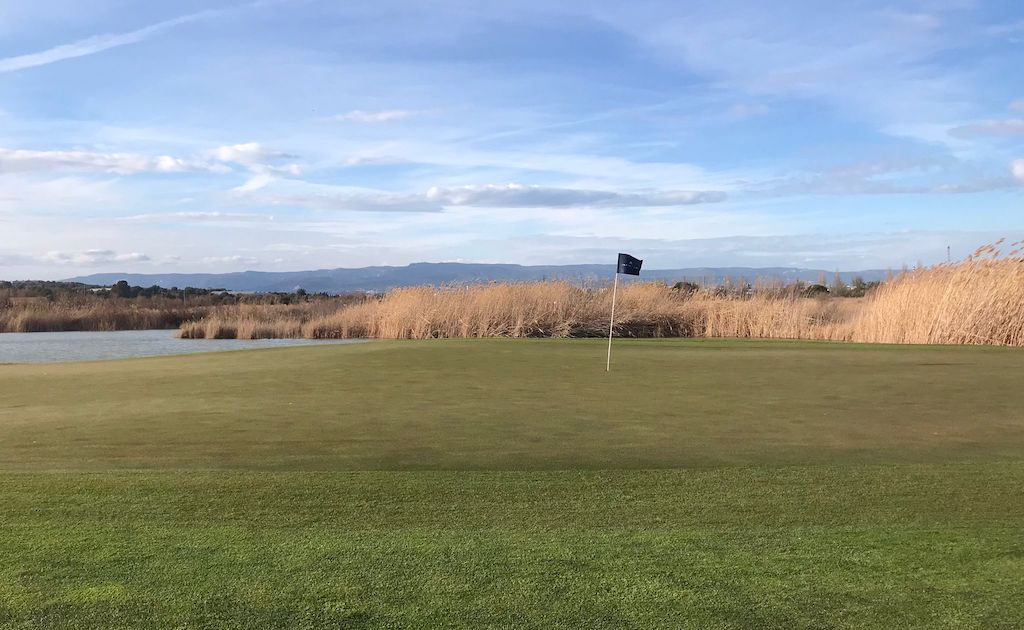 The top players after the Tour Series: Spain will qualify for The R&A Student Tour Series Final on 4-6 April 2022 taking place over Dumbarnie Links, Castle Course and Jubilee Course in St Andrews.