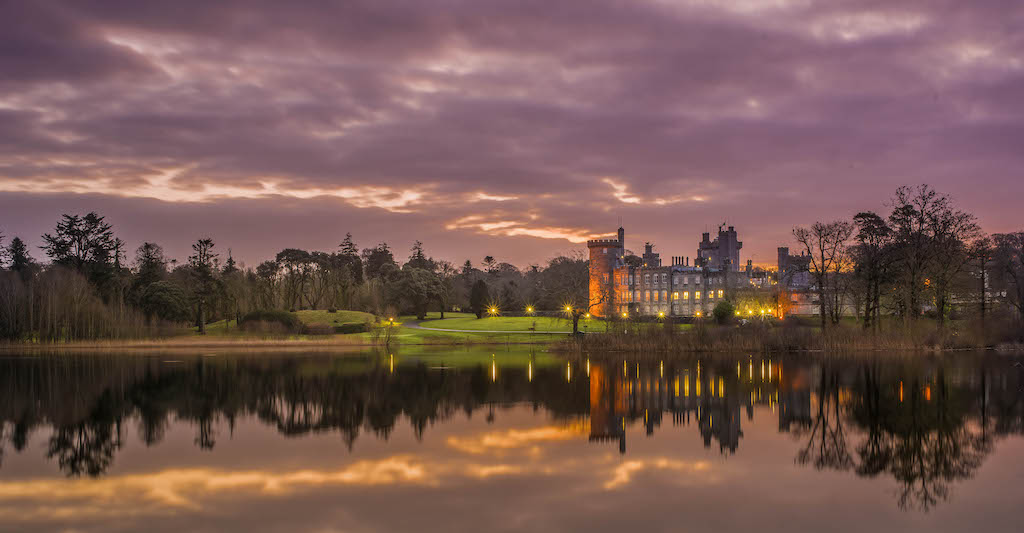 Following news that Dromoland Castle will host the Women’s Irish Open from September 22-25, former Ryder Cup winning captain Paul McGinley believes the venue will capture the imagination of a global TV audience tuning in for the anticipated return of the tournament.

It will have been decade since former Solheim Cup skipper Catriona Matthew captured the Ladies Irish Open title at Killeen Castle in 2012 by the time the stars of the Ladies European Tour make their return to the Emerald Isle this autumn.

No stranger to the prestigious 450-acre estate that sits mesmerisingly on the shores of Lough Dromoland in Co. Clare, McGinley believes Dromoland Castle will serve as an all-round showpiece for Irish golf as inbound tourism continues to soar in its bid to make up for lost time since the pandemic.

“I’ve been there, I’ve stayed there. I’ve played the course – it’s excellent. I mean, what a beautiful place. Talk about promoting Ireland – the TV footage that we’ll get from Dromoland is going to look terrific,” McGinley said following news that season one of his own show – Golf’s Greatest Holes – that focussed on all that is great about Irish golf and was aired recently on Sky Sports, has now been picked up by NBC.

2022 has already been a landmark year for the LET with record-breaking prize funds and tournaments as the schedule recovers from Covid-19 disruption over the past couple of years. The Women’s Irish Open was a casualty of the calendar long before the virus but with the momentum behind Irish golf at the moment, and an ideal venue in Dromoland lined up for September, McGinley believes the tournament is onto a winner, and hopes even better things lie in wait.

“As the LPGA and the Ladies European Tour come together more and more like we have done with the Strategic Alliance on the men’s tour, hopefully this will escalate in time into a full scale LPGA event,” McGinley said.

“Obviously Leona [Maguire] is leading from the front, she’s blazing her way through the LPGA and moving up through the world rankings, but Stephanie Meadow is right there behind her and there’s plenty more coming through.

“As I say, I’m looking forward to seeing Dromoland Castle on TV – what a beautiful place. One of our very best hotels in Ireland so it should be a special week.”