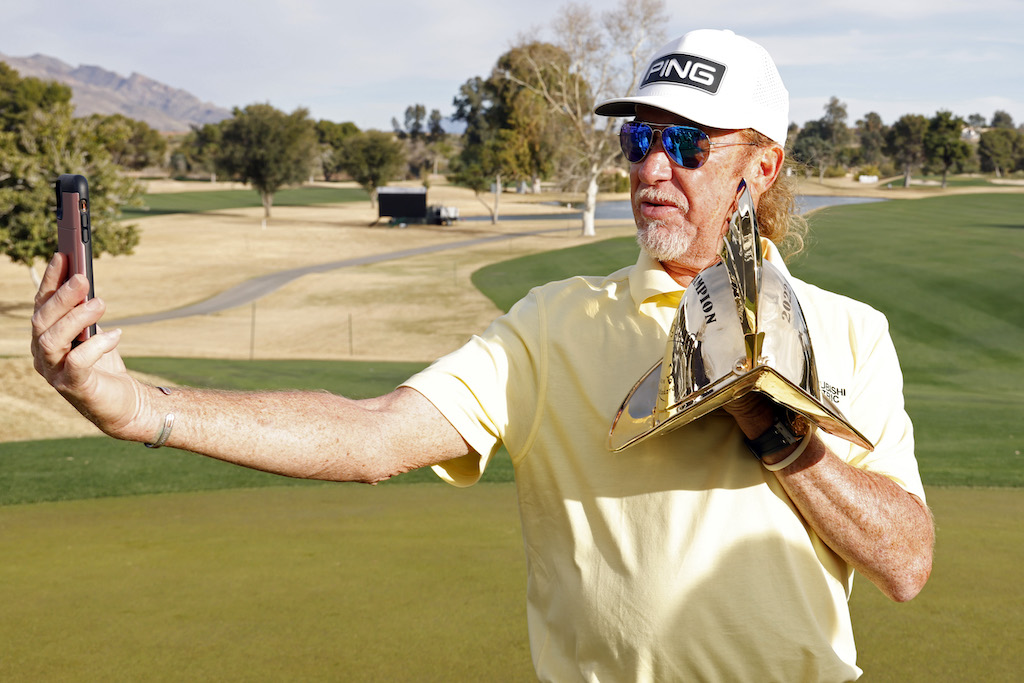 Darren Clarke withdrew from the Cologuard Classic ahead of the final round as Miguel Angel Jiménez closed out a wire-to-wire victory with his second hole-in-one of the week.

No reason was given for Clarke’s withdrawal, although the Northern Irishman was seven-over after his opening round and well out of contention down at the bottom of the leaderboard.

It’s been a tough start to the season for the former Open champion, who adds this no-result to 14th- and 58th-place finishes in his opening two events, and he will look to turn his form around when the PGA Tour Champions heads to California for the Hoag Classic this week.

Meanwhile, Jiménez became the first player since Loren Roberts in 2006 to win two of the first three events of the season as he comfortably closed out the victory in Tucson, Arizona by four shots with his best round of the week.

The Spaniard finished the tournament with a seven-under 65 to sit at 18-under, four shots clear of Woody Austin and Bernhard Langer, while, remarkably, he also added a second hole-in-one of his tournament.

Having aced the 208-yard par-three seventh in Friday’s opening round, Jiménez would repeat the feat in round three, this time at the 186-yard par-three 14th on his way to the trophy, adding it to the Mitsubishi Electric Championship he won in January.

🚨 MIGUEL DOES IT AGAIN 🚨

He would add four birdies, an eagle and a bogey around that to wrap up his 13th PGA Tour Champions win and continue his remarkable start to the season.

“I have 13 aces in tournaments already, but (this is the) first time I have two in the same tournament. You never think about it. You want to hit a good shot and hit it as close as possible,” smiled the 58-year-old.

“Always (nice) to win a tournament, always a very special moment. Shows how your game is and everything. I’ve been close the last couple of years I have played this tournament and at the end of this year I get it. My game was very good, solid.”

Langer also closed with a 65 in his final round, seven birdies in a bogey-free effort earning him second place alongside Austin, who ended his tournament with a 66 to have him at 14-under as well.