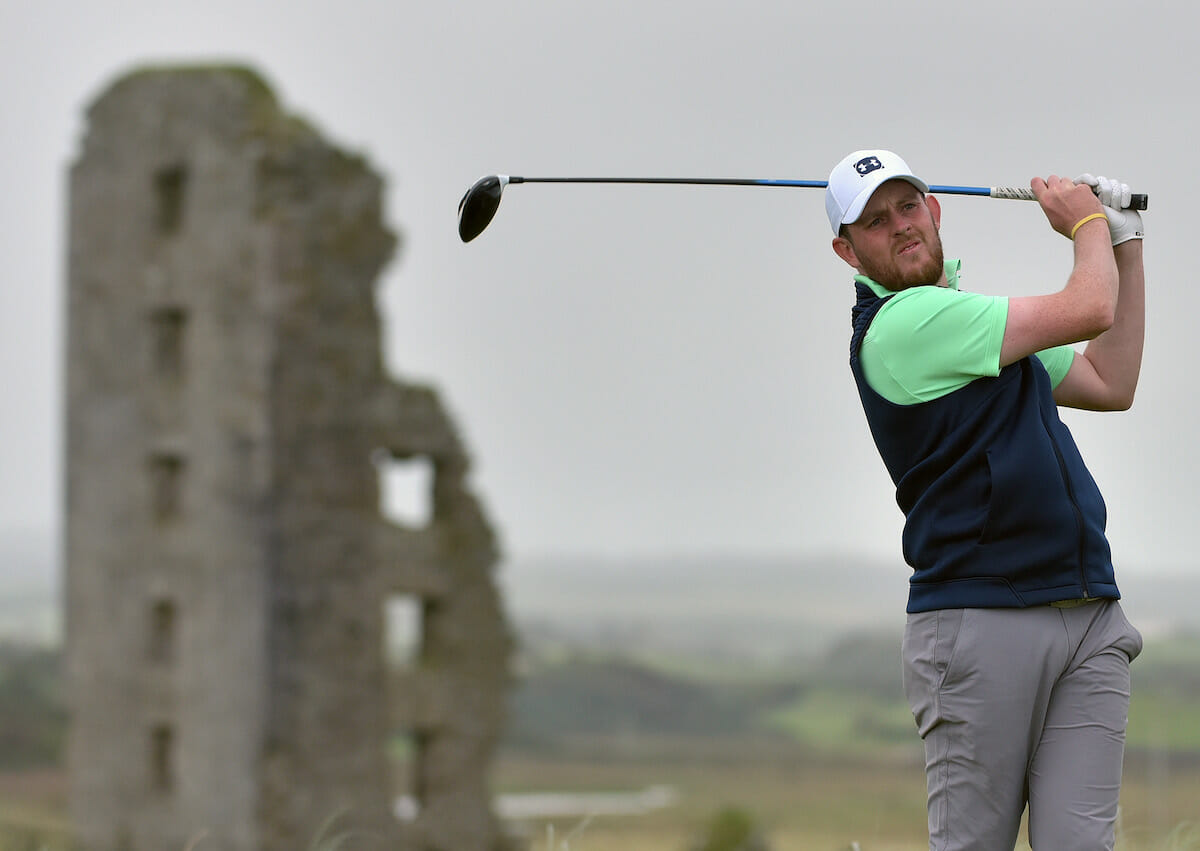 Matthew McClean (Ireland) driving at the 13th tee during day one of the 2019 Home International Matches at Lahinch Golf Club today (11/09/2019). Picture by Pat Cashman

Malone’s Matthew McClean took up the mantle as the leading Irish player at the South African Stroke Play Championship after flying up the leaderboard with a moving day 66 at Randpark Golf Club.

The Irish international picked off six birdies in a superb bogey-free effort and sits just outside the top-10 in a share of 11th at eight-under par ahead of the final round.

Remarkably, McClean is a full 16 shots back of the lead after a blistering pace continued to be set by South African Christiaan Mass who’s now gone 64, 65, 63 to take a commanding three shot lead at 24-under par.

Castle’s Robert Moran was next best of the Irish contingent at three-under par after a one-under 71, that included four birdies, left him in a tie for 31st.

Galway’s Liam Nolan enjoyed a good day on the course on Wednesday with five birdies in a two-under par 70 that moved him into the red for the week at one-under.

While Carton House’s Marc Boucher, who had been leading the Irish challenge through two rounds, went into reverse on moving day with a three-over 75 leaving him at even par for the week with one round to go.