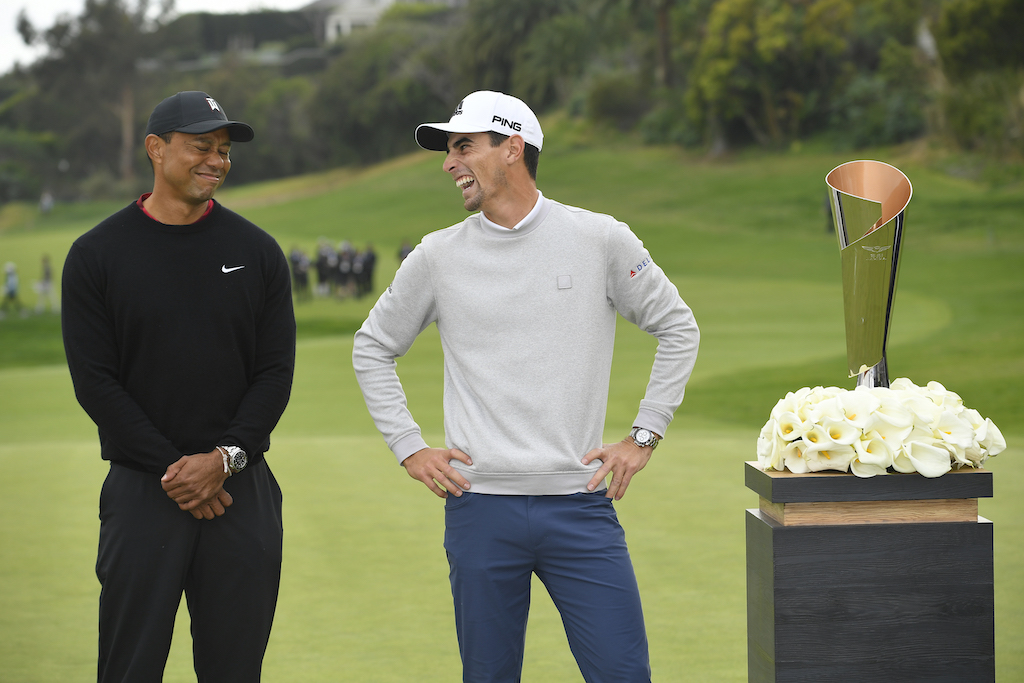 It was Dr Alister MacKenzie who said: A golf course that does not permit low scoring has something wrong with it, but – there is a limit. We had more than a glimpse that the limit might have been breached last weekend at the renowned Riviera in Los Angeles when a golf course that has been considered major championship worthy for almost 100-years was ‘destroyed’ by today’s PGA Tour pros.

The most under par the field has ever been for 3 rounds (since 1926) at Riviera is -118 in 2009. After the third round this year it was -206. That’s quite a jump in standard on a golf course that is regarded as ‘US Open difficult’ and has been incrementally stretched to its boundary limits.

When Ben Hogan won the LA Open (as it was formerly known) 3-times in the late 1940s, his scores were -4, -9 and -6. Draw your own conclusions but nobody will persuade me that today’s players are that much better. As Sir Nick Faldo pointed out during the commentary, he ‘hit timber into the par-5 first hole’ whereas these days it is more likely to be a 7 or even an 8-iron by everyone in the field. Tiger Woods, when he was a guest in the commentary booth, made it quite clear that he agreed that the ball was now travelling ‘too far’ and he would like to see an adjustment soon.

The game is too easy for top pros these days (thanks to the equipment they play with). It is not that long ago that Ben Crenshaw wrote as follows: Riviera serves as a supreme test for every golfer, eighteen separate problems which require that extremely rare balance of mental and physical, or skilled effort… Not any more it seems.

It’s sad, because golf isn’t supposed to be easy and the number of committed golfers who are switching off from watching pro golf tournaments on TV is growing as quickly as the long driving is increasing.

Almost to a man the top pros hit the ball too far. The game as it is now organised has become far too easy for them to the extent that any traditional, old, golf course like Riviera has to be tricked up to save itself from being torn apart. My recurring nightmare of some young pro, of whom I have never heard, standing on the first tee at Augusta chomping at the bit and vigorously swishing his brand new, driver before reaching the front edge of the green in one mighty blow before holing the up-and-over 40 foot putt for an eagle two is no longer far-fetched.

The USGA and R&A were correct to commission a report on the impact of long hitting. The report concluded that “advances in distance off the tee were threatening to undermine the core principle that the challenge of golf is to demonstrate a broad range of skills to be successful”. When will we see something being done about it?

The one reason above all others why the ball should be rolled back (for elite golfers only) is because we can’t keep expanding golf courses. It’s too expensive and unsustainable. That is the heart and soul of the matter from my point of view.

You can only play at your best for three or four weeks at a time. As long as Seamus Power (who missed the cut for the second week in a row) doesn’t get downhearted and try to change things too much, the good form he has shown until this little setback derailed him, will return.