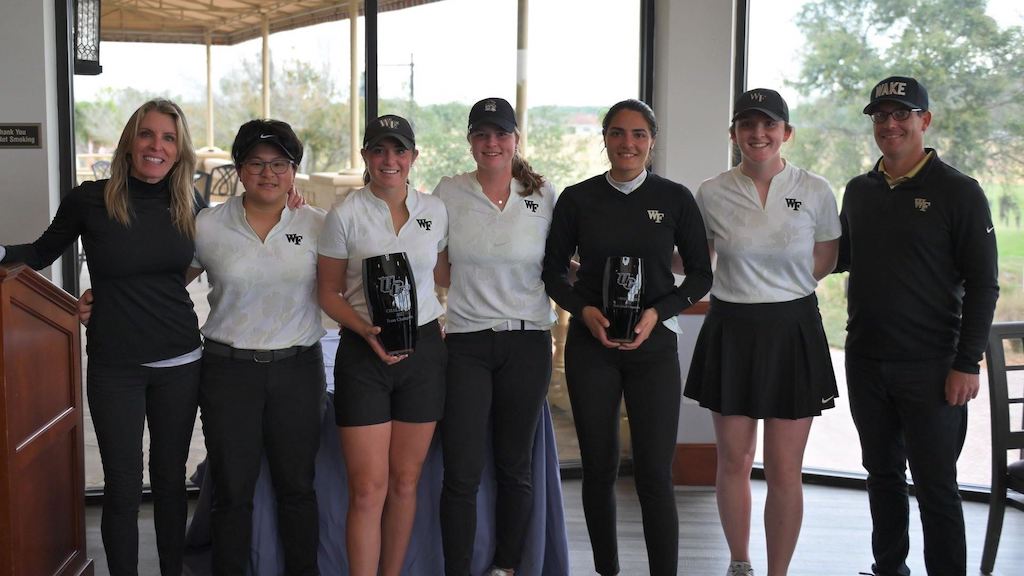 The story of the week was Wake Forest’s dominance, the Deacs recording the second-lowest 54-hole team score in relation to par in NCAA history, led by freshman Carolina Chacarra who closed out the tournament with a 62 for a 19-under par winning total.

Junior Lauren Walsh finished inside the top-20, tying 19th at five-under par. The Castlewarden ace, who fired six birdies over seven holes in her second round on Monday, signed off with three birdies and two bogeys in a final round 71 for her third top-20 of the year.

From an Irish perspective, Walsh finished alongside Miami’s Sara Byrne who signed off in style with five birdies in a final round 69 to also tie 19th at minus-five.

The pair were outdone by Elm Park’s Anna Foster; the Auburn Tiger swapping two birdies and one double in an even par 72 for a seven-under tally and a tie for ninth. It’s the continuation of Foster’s fine form and a third top-10 finish of the season having made eleven birdies and the only eagle of the week for the Tigers. Teammate Julie McCarthy closed with a 72, her best round of the week to share 70th.

The day belonged to the Deacs, and particularly Chacarra, who recorded 18 birdies and an eagle over the 54 holes with her final round score of 62 the lowest 18-hole score in Wake Forest history and the second lowest in NCAA history.

“What an incredible tournament,” said head coach Kim Lewellen. “To have Carolina finish with two school records as a freshman and the team to come within one stroke of the NCAA record is amazing.

“This team works so hard and always comes together as a unit to support and encourage one another. They are just a phenomenal example of extraordinary student-athletes!”