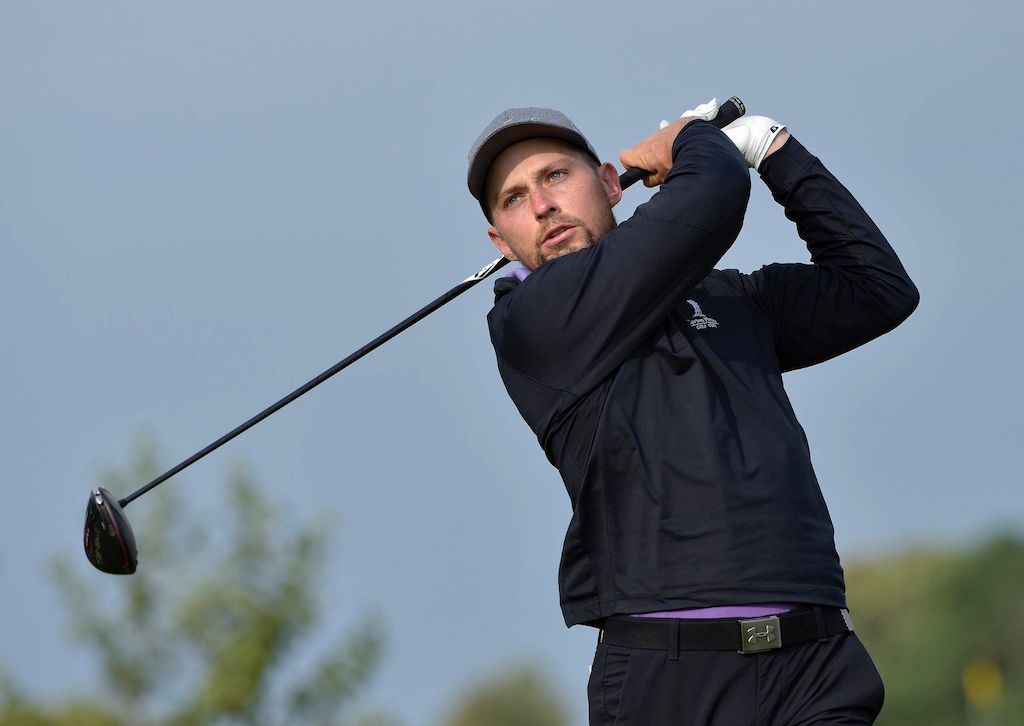 Keith Egan. Image by at Cashman

Keith Egan is the leading Irishman after the opening day of the Portuguese International Amateur Championship, four shots off England’s Frank Kennedy at the conclusion of the first round.

The Carton House man carded five birdies and two bogeys in a three-under 69 at Montado Golf Resort to hold a share of fifth place after the opening round, four back of Kennedy’s superb seven-under 65.

Starting on the 10th, Egan fell over-par at his second hole with a bogey, but he responded well to reach the turn in two-under after birdies at the 12th, 16th and 17th, with another coming at the second.

Another bogey came at the fourth, but Egan finished strongly with a birdie at the eighth that has him in a strong position after day one.
Athenry’s David Kitt is also still in the mix after a two-under 70 that saw him mix four birdies with two bogeys, with Sligo’s TJ Ford the only other Irishman not over-par as he rallied from two early bogeys with two birdies on his back nine to finish level-par.

Powerscourt’s David Shiel sits one-over after the opening round, Galway Bay’s Andrew Hickey a shot further back after a 74 and Athenry’s Allan Hill at three-over having shot a 73.

It was a tough day for Royal Dublin’s Richard Knightly and Meath’s Jack McDonnell, who are both in a share of 112th after struggling to eight-over 80s.

At the top, Kennedy was on track for a bogey-free round after six birdies and an eagle on the 17th, only to bogey his final hole and drop one shot closer to the chasing pack at Montado.

Germany’s Finn Koelle and the Netherlands’ Kiet van der Weele are his nearest challengers as they finished with five-under 67s, with the Dutchman’s round particularly adventurous as he signed for nine birdies but also two bogeys and a double.