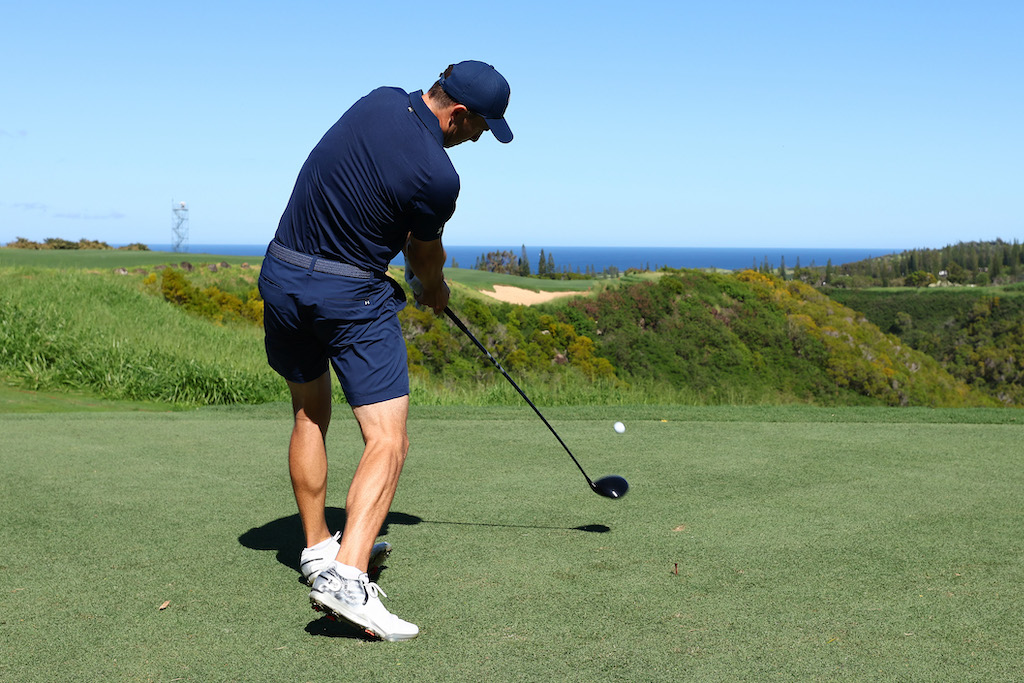 Although Jordan Spieth accepts that an influx of Saudi investment is a definite threat to the PGA Tour, he ultimately believes that a bidding war for seats at golf’s top table is a good thing for the game’s best players.

The American was speaking ahead of teeing up in this week’s Sentry Tournament of Champions in Hawaii, an invite he earned courtesy of victory at last year’s Texas Open, his first Tour win since his Open triumph in 2017.

Spieth’s name has yet to appear on any Saudi International entry list, though compatriots Phil Mickelson, Tony Finau, Bryson DeChambeau and Dustin Johnson have all committed to play in the February 3-6, $5-million Asian Tour event.

With colossal appearance fees expected for those making the trip to Royal Greens GC, Spieth – although not directly pocketing the Saudi-dollar – has reaped the benefits of the PGA Tour’s response to the threat, with increased prize pots, loyatly bonuses and the $40mil Player Impact Programme just some of the rewards rolled out to players since the Saudi’s took aim at golf.

“Well, I think certainly it’s a threat to the PGA Tour,” Spieth said of the Saudi involvement, with the Saudi International tournament now sponsored by the Greg Norman led LIV Investments, a company that happens to be funded by the $500billion-plus sovereign wealth fund of the Saudi Government.

“I think as a player overall it will benefit in that I think that the changes that have come from the PGA Tour have been modernised in a way that may or may not have come about if it weren’t there.

“So I think for us players on the PGA Tour, I think that so far it’s been something that has kind of helped the PGA Tour sit and say, ‘hey, where can we look to satisfy our membership and potentially make some changes going forward that, where there’s some similarities potentially to a league like that, but while maintaining kind of the integrity, the 501(C)(6) category that the PGA Tour has’.

“And I think that going forward, I mean, I guess we’ll have to see. But for me to sit here, and I can only say from my point of view, I think that it’s been beneficial to the players to have competition, and I think the Tour would say that they probably feel that they’re in a better position going forward by having to sit back and kind of take a look at things and make some changes.”

Speaking of making changes, three-time Major winner Spieth has been hard at work over the short off-season trying to evolve his golf game into a Major force once more for 2022.

Having ended the 2020 calendar year with six missed cuts and sitting in 82nd on the world rankings, Spieth, who dropped to as low as 92nd on the standings, steadily rediscovered his winning form, missing just one cut in 2021 and finishing the year ranked 14th.

Still only 28, and now a father for the first time, Spieth’s appetite to improve continues unabated and although he recognises he’s far from the finished article just yet, he returns to competition from Thursday in Kapalua as confident in his game as he has been for a very long time.

“I feel really good,” Spieth said. “I feel like this is the first off-season in quite a few years where it felt like I was very confident each day going out, that what I was doing was pushing me to the better. Instead of going out, getting frustrated over a couple days, and trying something new, I stuck with the exact same game plan and just tried to continue to sharpen it.

“If I could get 1 percent better each day, I went out with the idea that that was very feasible, given I wouldn’t be second-guessing anything and instead felt very confident in what I was working on and what the final product is.

“So it’s getting there. It feels better than it has all year, all last year, and it will just be about kind of getting out and playing and making adjustments from there because when you’re on the range or playing at home, it’s a little different than when you get the pins that we get tucked and just shots you got to trust and stuff like that. And then scoring, just getting out and scoring.

“So I’m excited to kind of get into this season and see if I can improve on last year.”