McIlroy not ready to play the part of Santa Claus 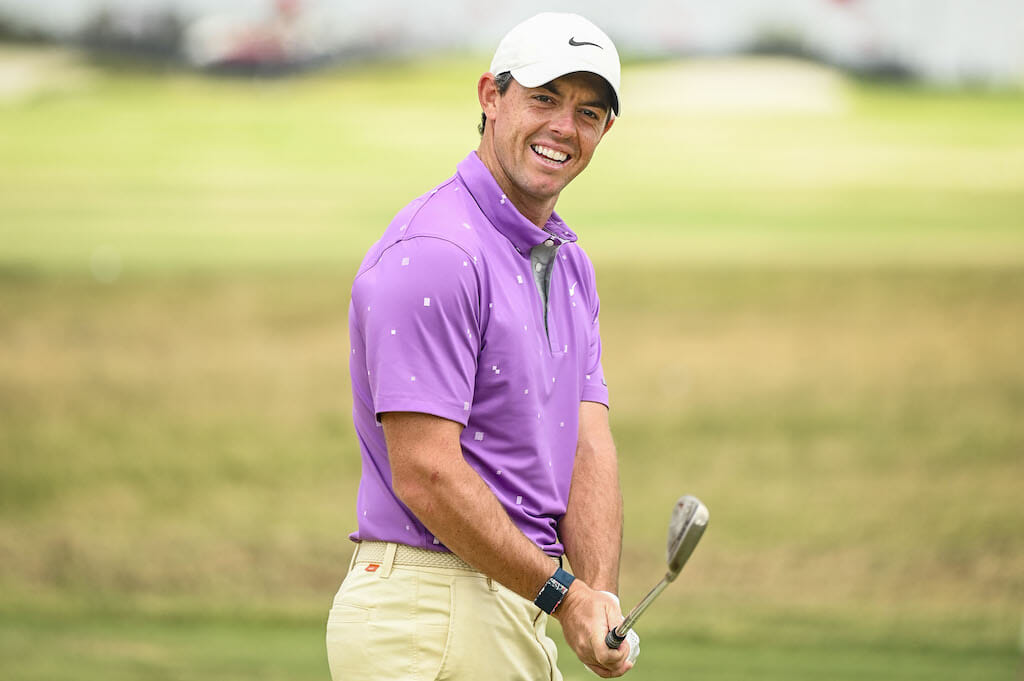 Rory McIlroy reckons he’s not yet ready to be playing the part of Santa Claus as two-year old daughter, Poppy heads into her second Christmas.

McIlroy was in an upbeat mood after muscling his way to a round of 66 for a share of the lead on day one of the Hero World Challenge in the Bahamas.

The four-time major winner was three-under par coming to the par-5 ninth hole but found the water that runs all down the right-side of the hole, and walked off with a double-bogey ‘7’.

However, he turned that around in brilliant manner to play the back nine in five-under par with McIlroy’s round capped by chip-in for an eagle ‘3’ at the par-5 14th hole.

McIlroy’s effort, in stark contrast to when he ripped his shirt following the final round of the DP World Tour Championship, naturally made for a very relaxed presser.

And it led to McIlroy being asked how much, after this his final event of the year, he was looking forward to spending some five-weeks off with the family.

“It’s been a long year and I’ve always enjoyed the holidays and I’ve enjoyed Christmastime, and especially this will be Poppy’s second Christmas and at least she’s at an age now where she sort of understands and that will be fun,” he said.

“I want to be totally engaged in that and be present for that. Yeah, look, again, I wish it was a different time of the year the way I’m playing, but there’s no reason why I can’t pick up again in January and keep playing the way I’m playing.

“I’m still going to keep myself ticking over these next few weeks, I’m not going to completely shut the clubs away for a few weeks. Maybe two or three times a week I’ll get out there and play and practice, just maybe not take a complete break like I’ve done before because my game is in good shape and I want to keep it there.”

Talk of Christmas prompted the question to McIlroy if he will dress-up as Santa Claus for his daughter.