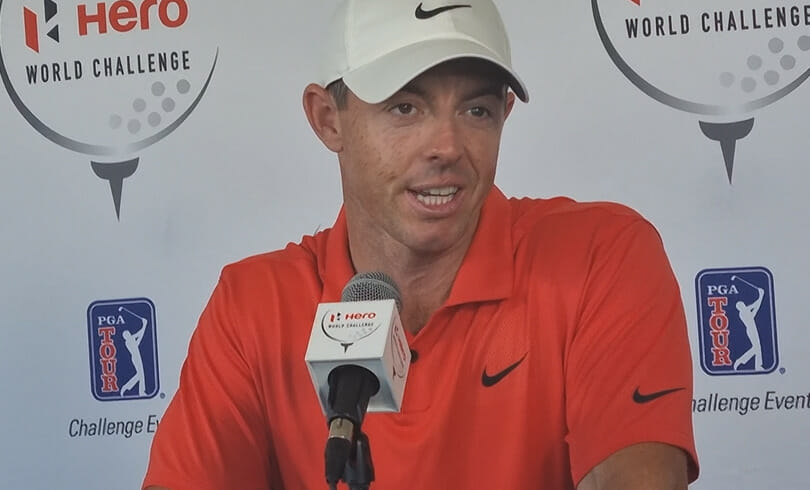 Rory McIlroy in the Bahamas - photo by @TourMiss

Rory McIlroy is fully supportive of good friend Tiger Woods following Woods’ admission that when he does return to competition, it will not be a full schedule.

And in backing Woods’ decision, McIlroy rightfully pointed out the 15-time Major winner has not played a full schedule for nearly a decade.

“I don’t feel like Tiger’s played full time on the PGA Tour since 2013 really, so I mean it shouldn’t be a surprise to anyone to hear that,” said Rory following Wednesday’s Hero World Challenge Pro-Am.

“He’s been through injuries and he’s been through the wars. He’s put his body through a lot. Yeah, I mean, I think if I were him at this point, I’d have no ambition to play a full-time schedule. You play the events you want to play, whatever gets your juices flowing.

“For him, that’s the majors and maybe a couple other events a year and that’s it. I think he said yesterday that’s what he feels like he can get himself ready for. I mean, it’s smart, it’s smart to do that.

“Yeah, and honestly, as I said, I don’t think — he hasn’t really played a full-time schedule for a while, so it will just be nice to see him back on the golf course again whenever that is.”

Mcllroy tees-up among just 20 players competing in the $US3.5m event and while it is the first time he’s competed in a tournament on the host Albany course, he’s no stranger to the host layout.

And it was Irish Golfer Magazine who asked McIlroy if he could compare the Bahamas course with the Sherwood CC course in northern Los Angeles that played host to the Hero World Challenge from 2000 to 2013.

“I think the last time I played Sherwood was 2013 and I was coming back from Australia after just playing in the Australian Open,” he said.  “I liked it at Sherwood. It feels like Christmastime. The Christmas trees were up and it sort of felt like the holidays.

“The Bahamas is a different feel and it’s certainly different here at Albany, but it’s nice. I haven’t played this event in a while and I felt while I was starting to feel like I was getting my golf game back and playing well, I wanted to play a little bit and this is another opportunity to play well and just build on, I guess build on the good play that I’ve seen over the last couple of months.”

McIlroy will play the opening round in the company of Collin Morikawa who would go to World No. 1 with what would be a third victory this year and a second in succession after becoming the first American to win the European Tour’s Race to Dubai.