Ireland with work to do at Spirit International 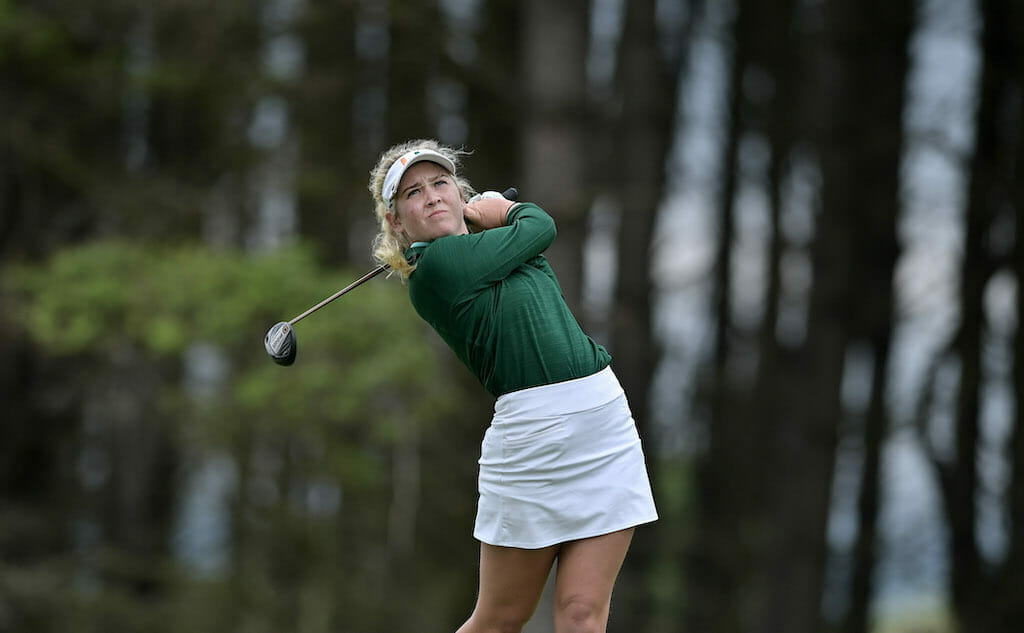 Ireland will need a big round two at the Spirit International if they’re to reignite their chances across the men’s, women’s and team competitions at Whispering Pines Golf Club in Texas.

In the women’s standings, Douglas’ Sara Byrne and Lahinch’s Aine Donegan combined for a nine-over tally that leaves them trailing 11 shots behind leaders Switzerland after day one.

Byrne, who had a hole-in-one in practice earlier this week, carded two birdies in a four-over 76 while Donegan managed one birdie in an opening 77.

Ireland’s men fared better on the opening day but trail leaders Canada by a full 12 stroke after they shot out of the blocks with a seven-under par effort.

The Irish team of Paul Conroy (Enniscorthy) and Sam Murphy (Portumna) combined for five-over par with Conroy carding three bogeys and one birdie in his two-over 74 while Murphy carded a 75 despite a quadruple bogey ‘8’ on his card.

Ireland sit in 14th place overall in the team standings on nine-over par at the 54-hole event currently being led by Canada on minus-eight.