Harrington on how McIlroy impacted his game, more so than Tiger 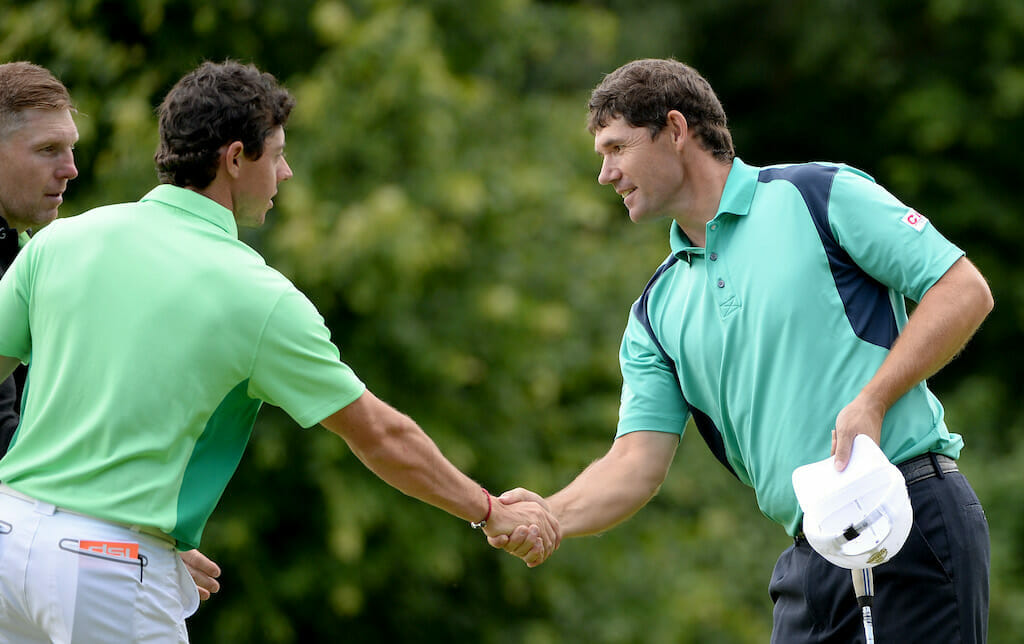 Padraig Harrington admits that the manner in which Rory McIlroy won the 2011 US Open at Congressional had a lasting impact on his game.

Harrington, a three-time Major winner having enjoyed his most fruitful season in 2008 when he successfully defended his Open crown while also winning the PGA Championship, was in his prime when a curly haired McIlroy bounced his way to a remarkable eight-shot maiden Major triumph.

Far from feeling infallible despite his own achievements at the time, Harrington remembers taking a step back when McIlroy blew the field away at Maryland, wondering how on earth he could get the better of this prodigious golfing talent from just up the road. Indeed, Harrington admits it was McIlroy’s dominance that blew him out of his comfort zone, far more than he ever felt when playing with arguably the greatest player of all time, Tiger Woods.

“I definitely think Rory, Rory really 2011,” Harrington answered when asked to pinpoint what age he was when getting to the back-nine on Sundays became more of a struggle.

“This shouldn’t have been the case because as I said before, when I came out, Monty, Retief, Ernie were those guys. How could I compete against them? I watched them on TV.

“Obviously Tiger, I played through all Tiger’s years and I think I have been told that when I’ve actually played with Tiger in rounds, during those years I outscored him in the rounds that I actually played with him, which I don’t think anybody else did that in a tournament.

“So I managed to deal with it. But certainly when Rory came out, you stand there and just, how can you beat this guy? That puts you under stress.”

Even for a man of Harrington’s talent, with the trophies in the cabinet to prove it, and with a brand of self-belief that’s long been the envy of the locker room, suddenly he found himself questioning if his golf could stack up against the stuff McIlroy was producing. Not only that, Harrington was asking himself if his best golf was enough to win before hitting a ball each week on the PGA Tour and as the Dubliner explains himself, that’s not a nice place to be on a golf course:

“Same conditions, but the relative fact is against the better players you don’t feel like you can make any errors, any mistakes, and that means you make more mistakes against a weaker set of players.

“As I said, I definitely think Rory was a big change in that sense, like how could you beat him at Congressional? How could you compete against that? It was such a leap from what we had been seeing.

“And I know Tiger was there, but maybe I was at my peak with Tiger and maybe I had a strategy with Tiger that was very much about doing my own thing, but certainly the game jumped a lot with Rory and it was hard to follow.”