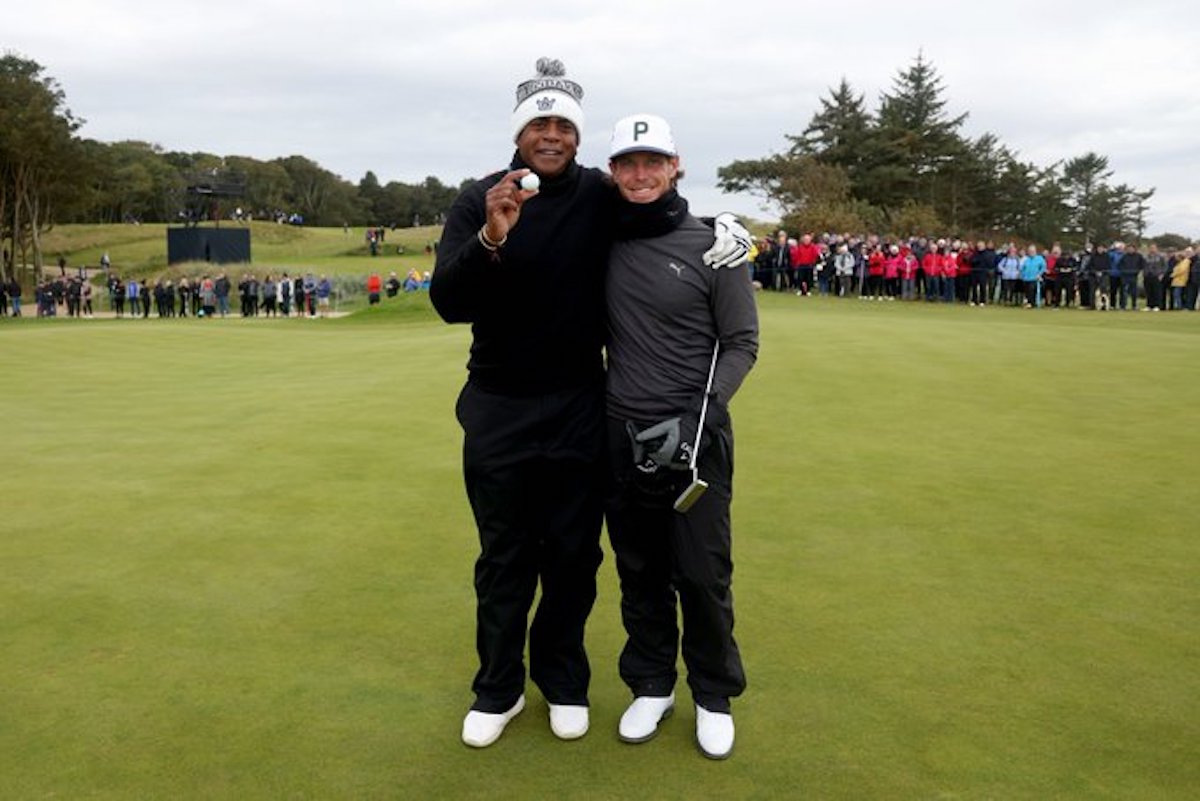 No sooner had NFL legend Ahmad Rashad aced the picture postcard par-3 15th at Kingsbarns Links than he knew the one person he wanted to tell about it – Tiger Woods.

In fact, Rashad was still on the tee when he texted Tiger the news.

“The first thing I did was text Tiger!” said a delighted Rashad after completing his round. “He is a dear friend of mine and I wanted to let him know. He got back straight away – all he said was: ‘Well, I guess that means you’re buying.”

Rashad, staring at 176-yards and most of the distance over water, chose a 7-iron that delivered the ace.

“I’ve played the hole before and didn’t hit it far enough, but this time I hit it right at the pin,” he said smiling broadly. “It took one bounce and went in, but I wasn’t sure where I was.

“Then everyone went crazy!”

The first to congratulate Rashad was his professional partner, Kris Broberg, winner of the recent Dutch Open.

Rashad starred in the NFL Pro Bowl winning four times in the 1970s and 80s and is regarded as one of the greatest wide receivers in the history of the Minnesota Vikings. He executed one of the most celebrated plays in the NFL when he caught a last-second, ‘Hail Mary’ pass to take the Vikings to the 1980 play-offs.

After his athletic career he became a leading broadcaster, crossing over to focus mainly on the NBA.

“This might be the highlight of my sporting career,” he said. “And that’s saying something!”

Rashad was playing at Kingsbarns with his pro partner Kristoffer Broberg and partly due to those heroics on 15, the pair will start the final round at the Old Course only four shots behind the joint leaders in the Team Championship.

So, how will the man of the hour be celebrating? “I celebrate life every day!” he said. “I’ve just been so happy to be here, I had a really good day and it’s been great to have everyone here stopping me to say ‘hey, great hole-in-one!’”