Where it could all be won and lost at Whistling Straits 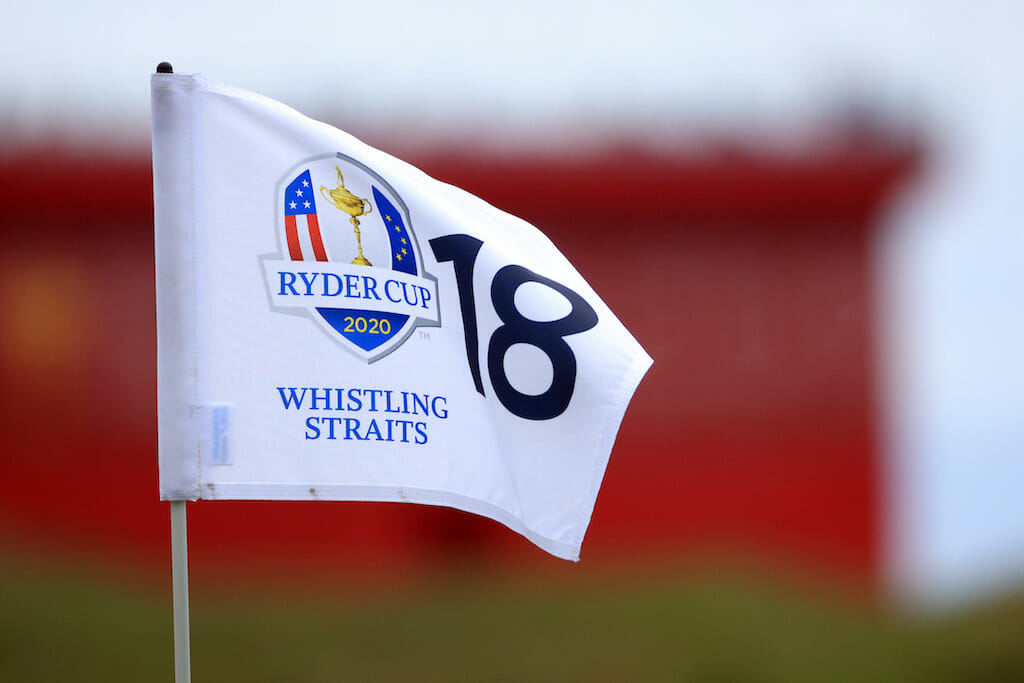 We predict a closely fought contest at this year’s Ryder Cup, meaning the final three holes at Whistling Straits should prove pivotal in deciding the fate of the trophy. Let’s take a closer look at what the players will face come crunch-time this week 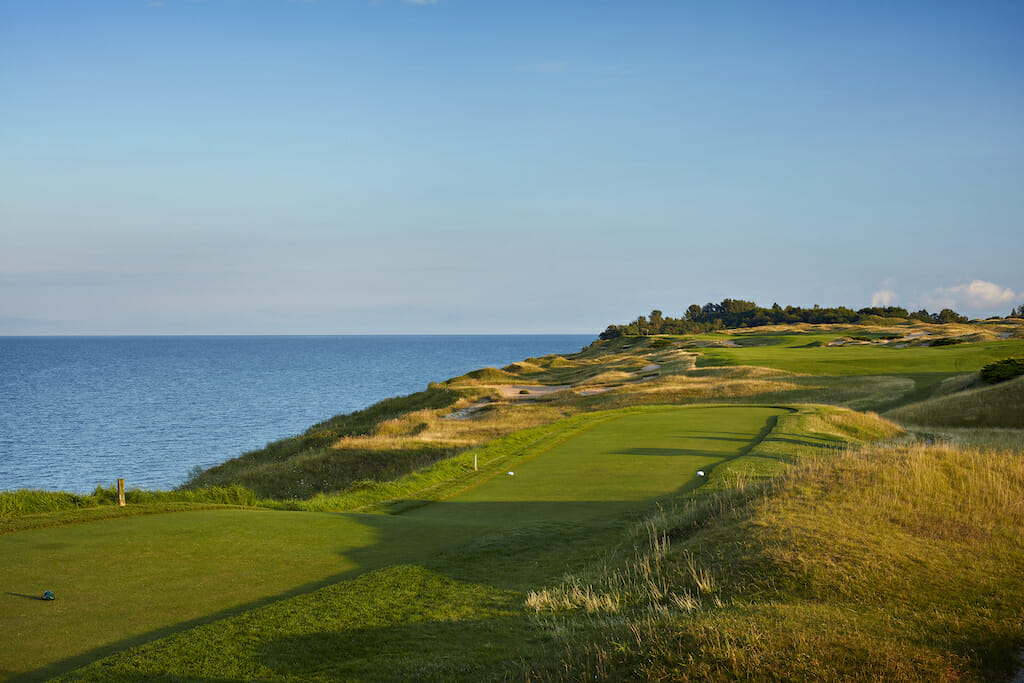 Wind direction will decide strategy on this, the last and shortest par-5 on the golf course. With Lake Michigan on your left, and bountiful bunkers dotted along both sides of the fairway, finding the short-grass is key if a player wants to get home in two.

Much will depend on how the wind’s blowing. If players are standing on 16 with the match in the balance and a gale blowing into their faces, then a lay-up will be order of the day to your ideal yardage; that stock number to be relied upon under the intense heat of Ryder Cup competition.

A slightly elevated tee-box inspiring a bit of confidence for players taking on the penultimate hole, a glimmer of hope very much needed against the raft of potential misses this menacing obstacle presents. 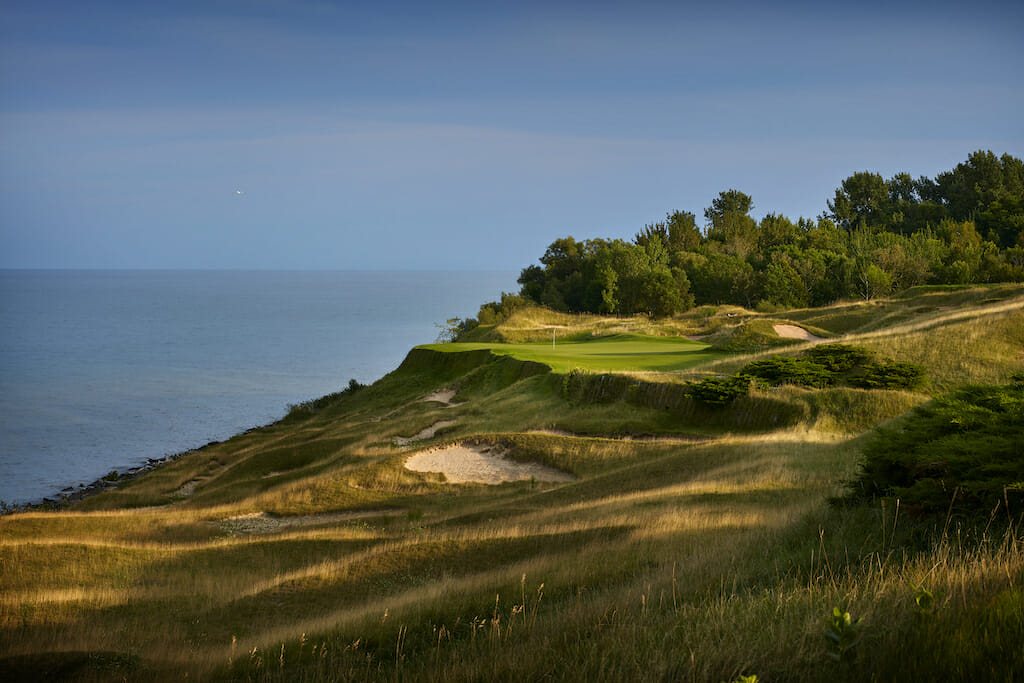 Left is dead on 17. There’s a huge drop off – think Calamity at Portrush – to a crater housing a series of bunkers perched on the edge of the perilous Lake Michigan. An up and down from the depths of despair would be most unlikely. The local caddies tell players that they’ve got the entire city of Wisconsin to the right. Best stay there!

In truth, if you’re coming down 18 with your match in the balance at the Ryder Cup, it doesn’t matter if you’re taking on the windmill at Pirate’s Cove, pressure is everything.

That said, the long par-4 finale isn’t going to hand out any favours. Even the great drivers of the golf ball could find themselves going into this green with a five iron for their second shot. But the drive here is everything.

With thousands of spectators filling the natural amphitheatre around a massive green that’s well-guarded by bunkers and a deep drop-off short and left, control from the short grass could swing a match in one’s favour with a par more than respectable to close out a match here on 18. 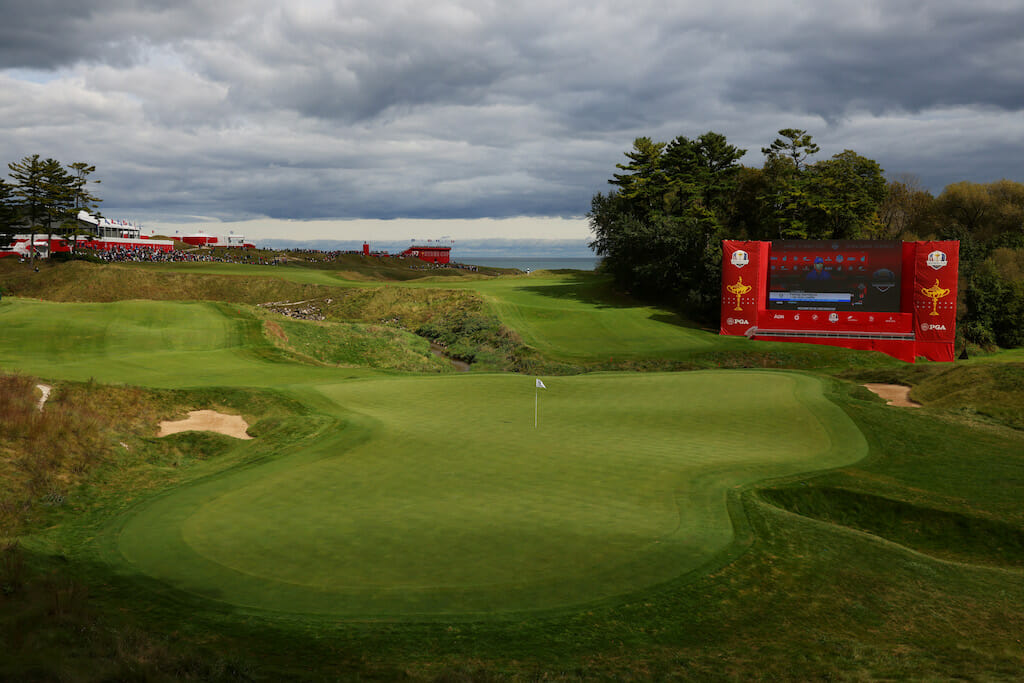