Leona Maguire proved once more that she’s right where she belongs after a stellar debut performance in the morning foursomes at the Solheim Cup.

Paired with European mainstay Mel Reid, Maguire holed a number of clutch putts and almost holed from a greenside bunker as she and Reid took the lead and held it against the might of the Korda sisters.

To top off the first day experience for debutant Maguire she holed the match winning putt on the 18th to seal her first point in the Solheim Cup and there isn’t one among us who think it will be her last.

Maguire was also sent out again in the afternoon fourballs alongside Georgia Hall in the anchor match and there can be no better boost of confidence for a rookie than to be selected for both matches on day one.

With Europe unbeaten in the morning and taking a 3.5 to .5 lead into the afternoon session it will be a thrilling encounter and one we’re all looking forward to. 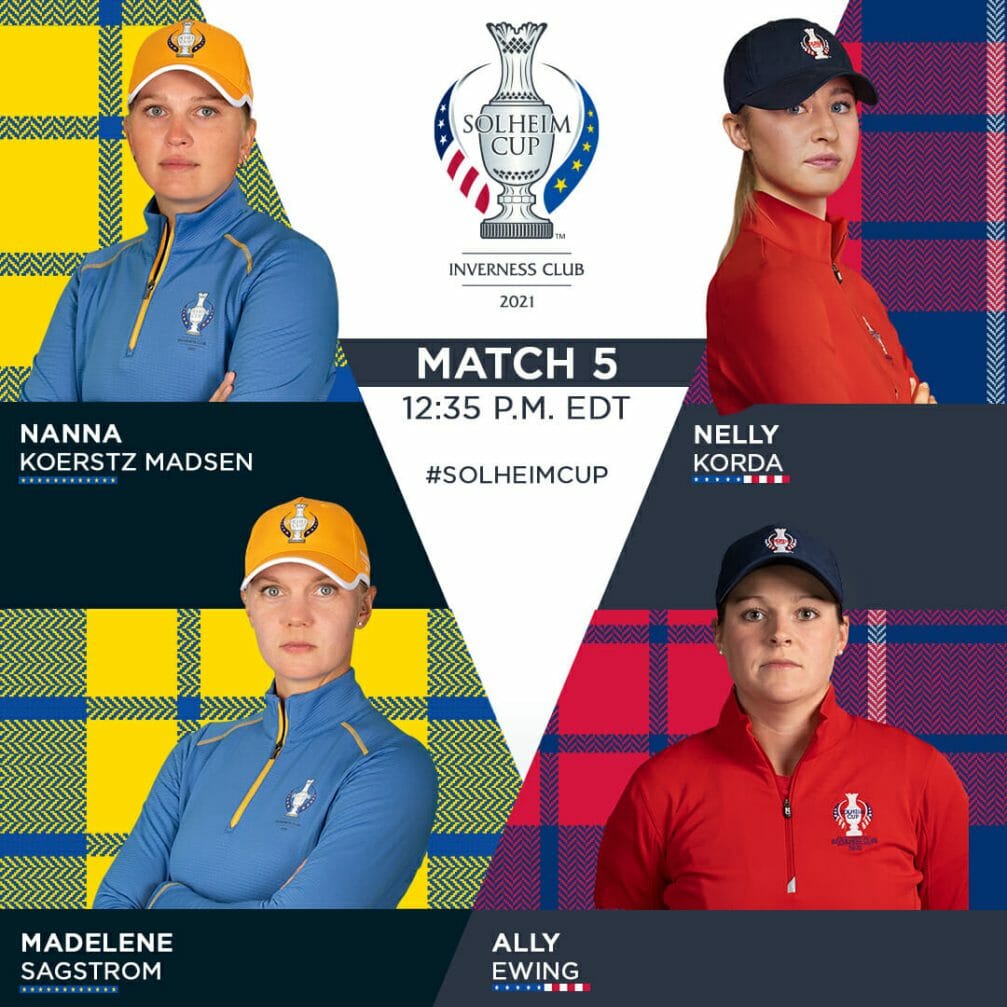 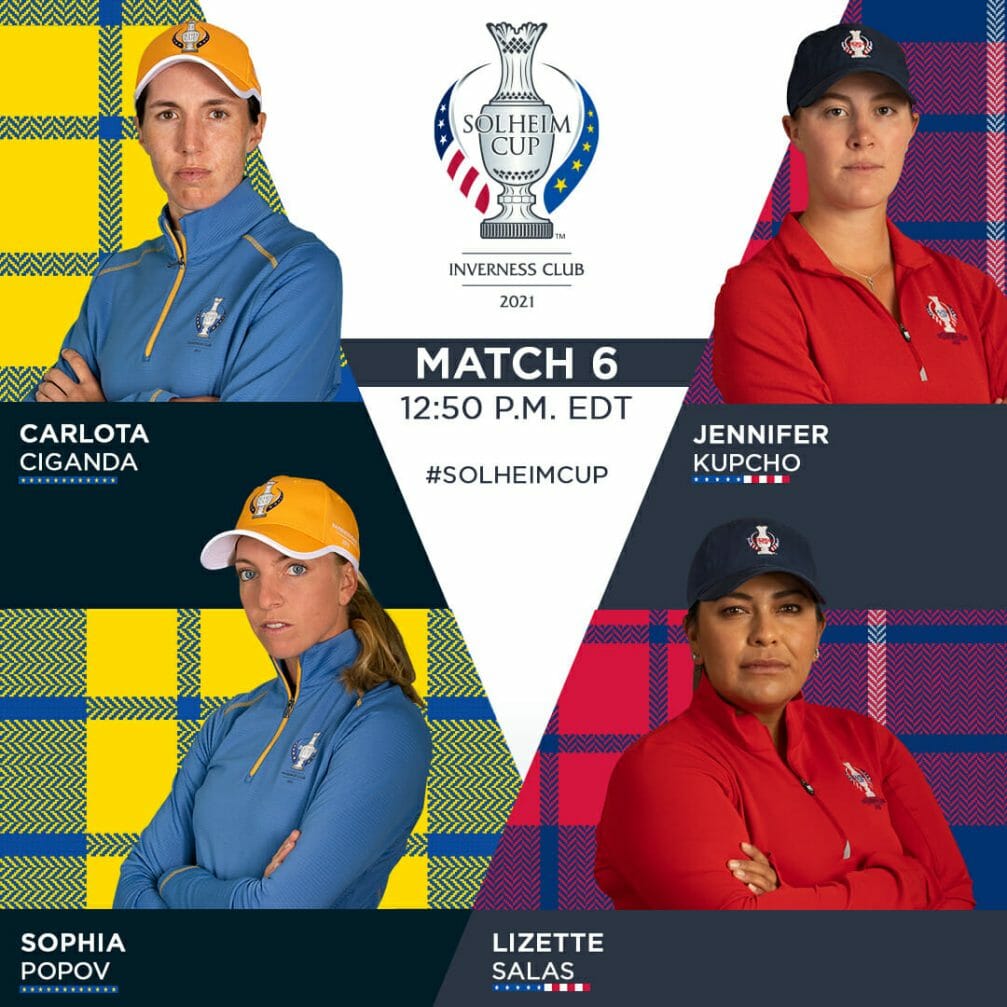 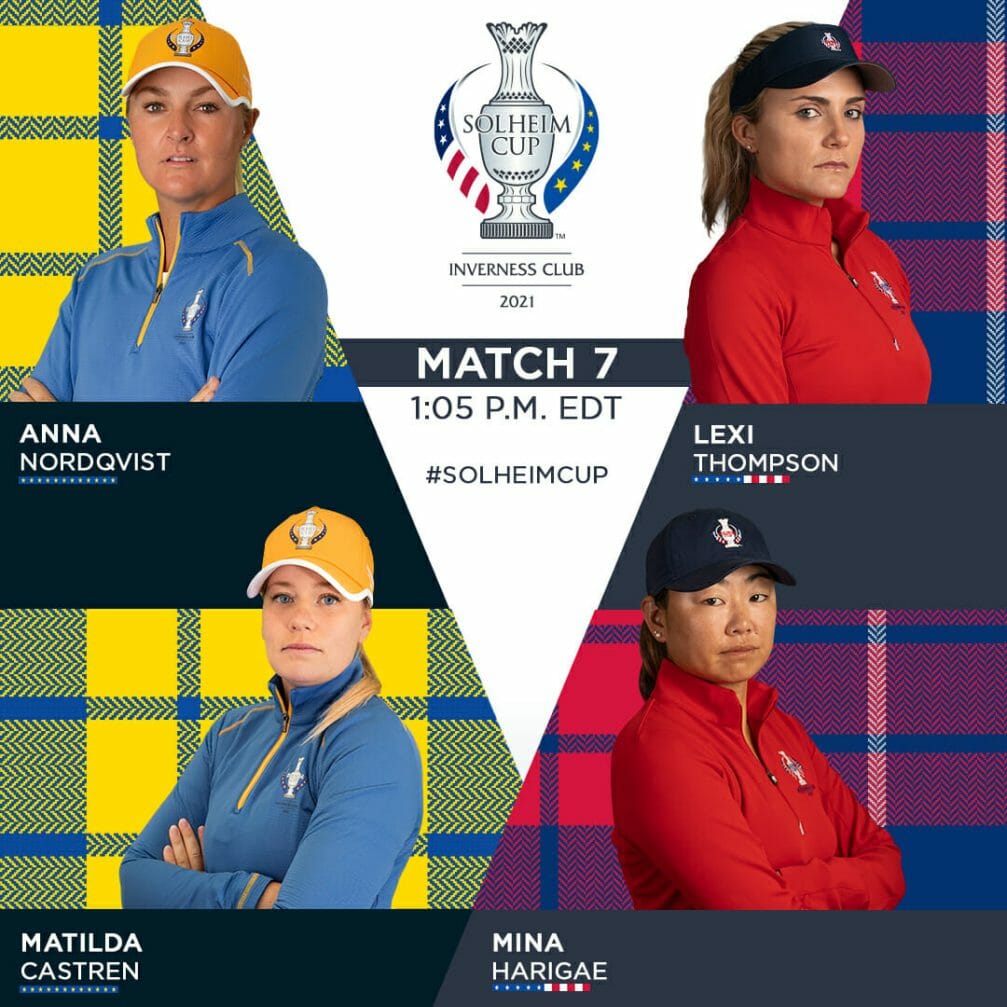 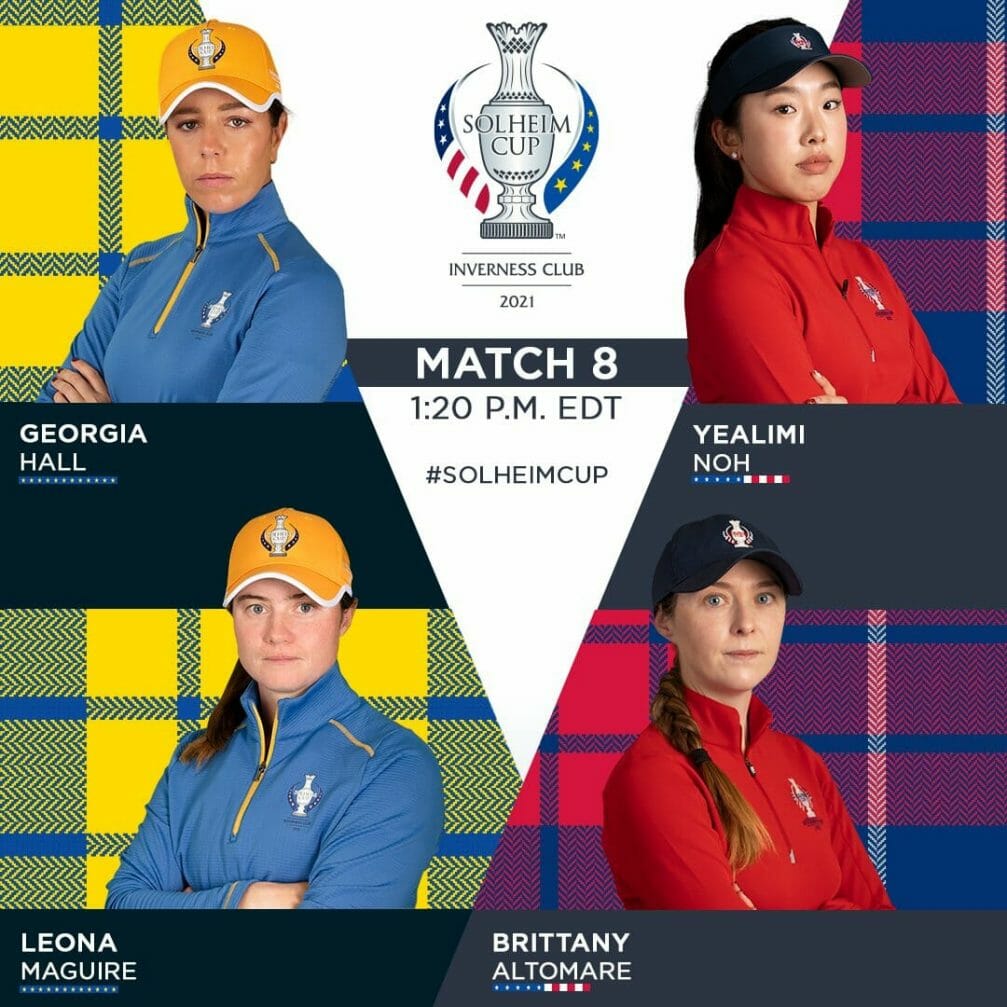