Coughlan holds one stroke lead at West of Ireland 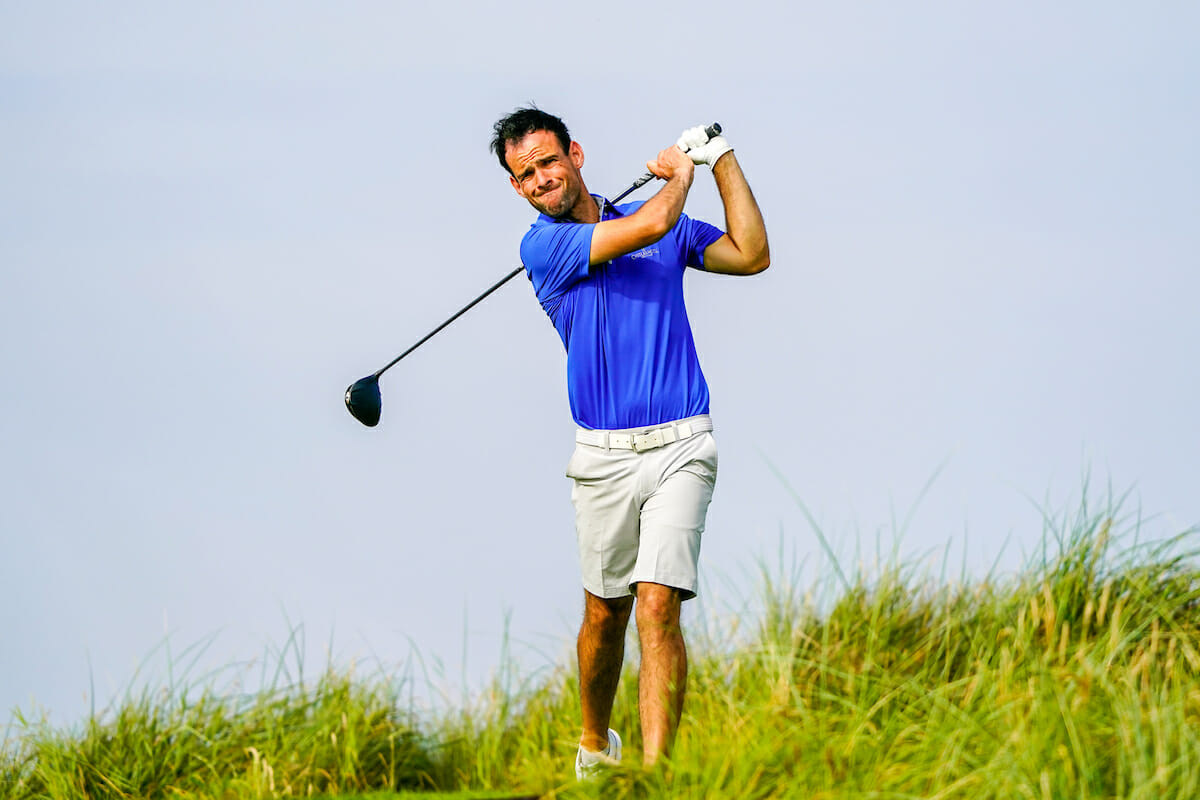 With only nine players under par after two rounds on day one at County Sligo, Castleknock’s Paul Coughlan will take a one-stroke lead into the second day of the West of Ireland Men’s Open.

Coughlan sits on -7, one shot clear of Royal Dublin’s Hugh Foley, with Warrenpoint’s Colm Campbell Jnr a shot further back on -5.

Local golfer TJ Ford is in a tie for fourth on -4 with Galway’s Liam Nolan while Athenry’s David Kitt is a shot behind his Connacht teammates.

Coughlan was challenging the leaders all day, and only trailed Campbell by one shot at the end of round one but a second round 68 to Campbell’s 72 saw him move into top spot, and he’s looking forward to Sunday’s final two rounds.

“All you can do is play yourself out of it on the first day. I took my chances when they came. The putter was pretty hot. There is a four or five under par round out there tomorrow.”

As for Foley, well he hopes he can add the West of Ireland to the AIG Irish Close he won last year, and he lies only a shot behind Coughlan going into the final day.

“It’s nice to be in the mix. I played very well, and made hay in the second round. I made more putts in the afternoon. Once my game is in good shape, stroke play seems to work for me.

“The key is to be in the same position tomorrow, and not think ahead. You have to stick hole by hole.”

A previous East of Ireland winner, Colm Campbell enjoyed the morning round and while he didn’t have it all his own way in the afternoon the Warrenpoint golfer hopes to add another title to his collection.

“I played very well in the morning shooting 65, but felt I left one or two out there. That’s probably being greedy though.

“There’s a long way to go, but if I was lucky enough to be standing here on Sunday evening holding the West, it’d be a nice weekend, and a nice one to add to the collection.”

Co. Sligo’s TJ Ford will lead the local charge on Sunday and he’s hoping he can add the West, to the South of Ireland title he won earlier this summer.

“I got the ball around really well in the afternoon. I struggled off the tee all day, but managed my game really well. I’m delighted where I’m at.

“There’s still loads of golf to play, but it’s been a dream to win this event. There will be loads out watching, and hopefully I can give them something to cheer about.

44 players made the final two rounds, with the cut line falling at +8.