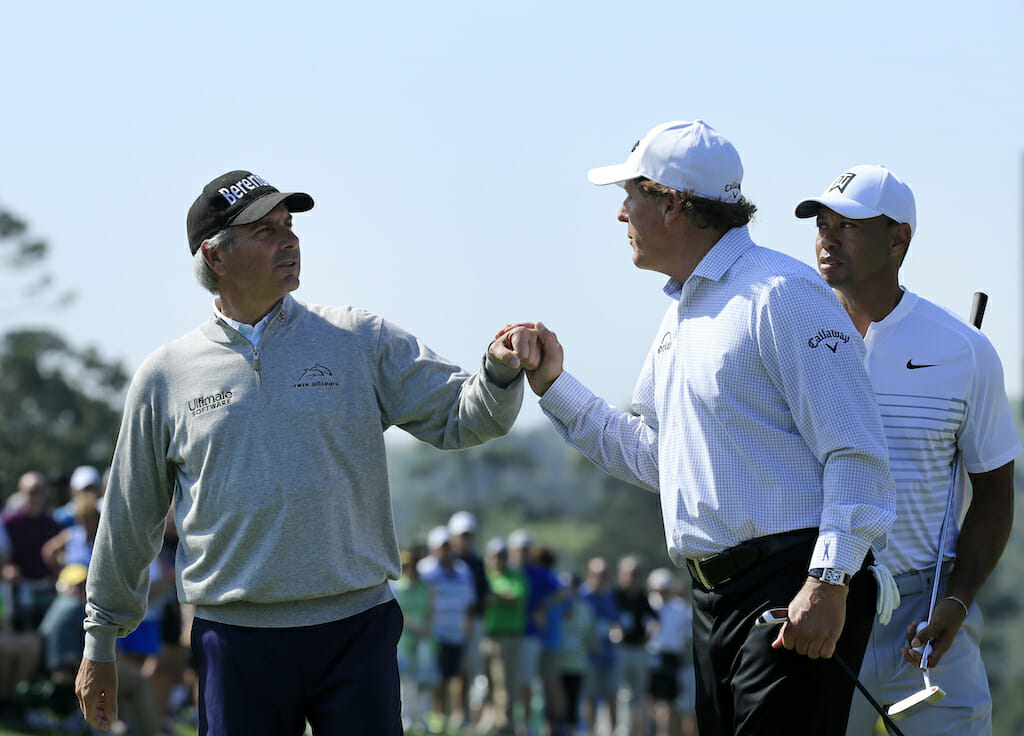 Mickelson and Couples will now join Zach Johnson and Davis Love III as USA Whistling Straits vice-captains with Johnson and Love III named in May last year before the 2020 hosting of the event was put back to later this month.

I’m humbled and honored to be a part of this years Ryder Cup as an assistant captain. Thank you Captain Stricker for including me and I hope to help in any way possible. GoUSA ??

It will mark the first time the 51-year-old Mickelson, who has played on every U.S. Ryder Cup team since 1995, serves as vice captain while it’s the second deputy role for the 61-year-old Couples.

“I’ve been staying in close contact with both Freddie and Phil, talking about all things Ryder Cup, for a while now,” Stricker said in a news release.

“They provide honest and impactful feedback, and both have such a passion for the Ryder Cup. I’m honoured that they were willing to join our Team and help put us in the best position to win in a few weeks at Whistling Straits.”

Mickelson, who won the PGA Championship in May at the age of 50 to become golf’s oldest major winner, owns a number of Ryder Cup records on the U.S. side including most appearances, four-ball points won and overall matches played.

Couples, who counts the 1992 Masters among his 15 wins on the PGA Tour, represented the United States in five Ryder Cups and served as vice captain in 2012.

And here’s a prediction with some three weeks to go until the start of competition on September 24th and that is Tiger Woods will also be named as a vice-captain.