Stop the world and let me off 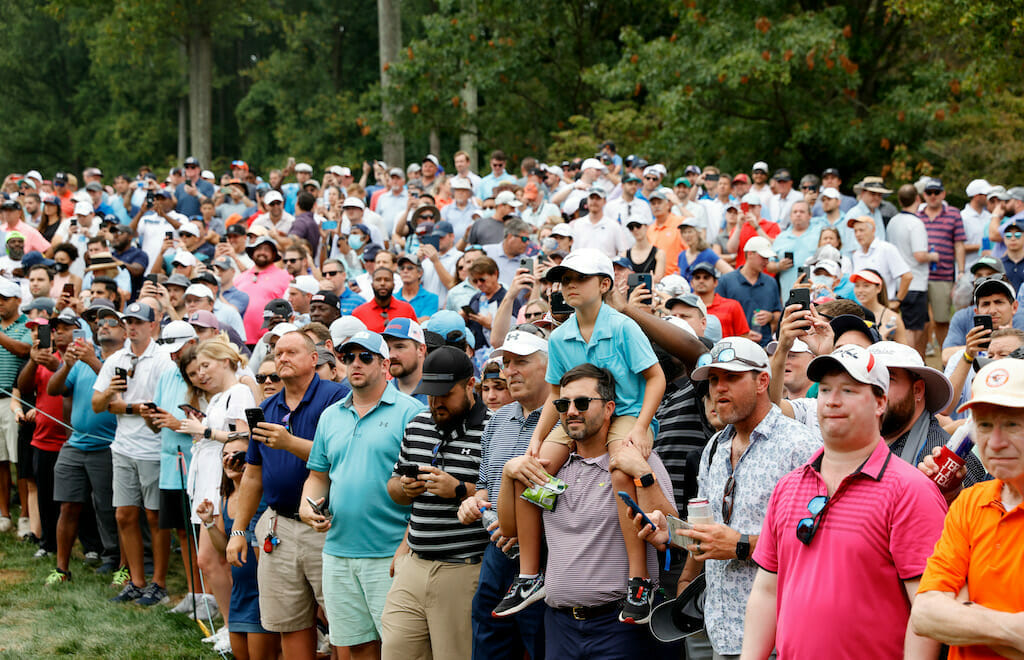 100 kids line up at one end of the yard. The objective? Make it to the other side without ‘Psycho’ Sam Kane catching you. Sam got his nickname because his Dad was sectioned. It was a simpler time back then.

I hated Sam. He was a couple of years older than me, twice as big and three times as fast. Couldn’t identify one leaf on the nature table but didn’t have to. He was popular because everyone was afraid of him. And for good reason.

Forever the opening bulldog, he’d broken more bones than I’d had mince dinners, only nobody had the courage to tattle tale on Sam. When he’d catch his victims – by any means necessary- they’d also become bulldogs and the game wouldn’t end until everyone was caught, someone got seriously injured or a teacher bothered to intervene. On this day, however, it was none of the above. It was me.

Built for comfort and not speed, Psycho Sam spotted me a mile away; the apex predator latching onto my waist band and reefing me into the air. I thought he tore my legs off, only the bit where my feet left the ground never happened because my pants came free instead, yellow Power Rangers undies and all. Before I’d registered what had happened, Psycho Sam alerted the yard.

“Copper Balls Craven!” His brain had never worked so fast.

Needless to say, I was devastated. Face bright red, genitals too, fighting back tears as I scampered all the way home with shredded cloth in hand. Mam stitched my uniform back together that night but my reputation was in tatters.

“Copper Balls, dad,” I bemoaned at dinner. “There’s no coming back from that.”

He bestowed advice upon me like any good dad would:

“Sure what about it?”

It was time to take matters into my own hands… literally. I knew how these things worked. I’d seen American History X. You go up to the biggest guy in the yard and you show him who’s boss. The next day at lunch, with jeers of ‘Copper Balls Craven’ ringing through the yard, and Psycho Sam at the centre of the hopscotch ahead of another bulldog run, his eyes fixed on Mam’s vulnerable stitching, I stepped out of line to meet him in the middle, and the schoolyard gasped at the sight.

I was nine. Looked five. Couldn’t beat up Sam even if I wanted to. But I knew I could outthink him, and I had. As I stepped towards him, he stirred his minions into a frenzy. ‘Copper Balls! Copper Balls!’ It was just how I envisaged it playing out. The chanting. The drama. The stage set. And then I hit him with it.

Pants down. Legs akimbo. 100 sets of eyes invited to stare at my boyhood exposed.

Far from the curtains matching the drapes, I’d plastered myself with Dad’s black shoe polish. A bush on me like Phil Lynott. Not a ginger pube in sight. Psycho Sam didn’t know where to look. Nobody did. And Copper Balls Craven lived to fight another day.

Believe it or not, I loved my school experience. Where some people faked being sick, I’d fake being well. In my opinion, growing up in the 90’s was the last pure childhood experience. Innocence was spared by a lack of internet. Nowadays, kids know too much. Information is too readily available. Screen time stunts growth and social media creates unrealistic expectations. And a consequence of all this is that people have become softer than ever.

Where sticks and stones, and Psycho Sam, once broke bones and names never hurt, now, at least according to PGA Tour Commissioner Jay Monahan, even calling Bryson “Brooksie” is unacceptable and warrants a fan getting ejected from a tournament in future.

Frankly, I don’t accept it. I don’t accept that an adult voluntarily putting himself in the spotlight can be immune to a bit of goading just because he doesn’t like it. Since when have sportspeople determined what the crowd can and cannot say, within reason of course.

People pay top dollar to get court-side seats to the NBA so they can needle the players. The best part? The players give back just as good as they get because all is fair in love and sport.

I was at Anfield a couple of years ago, taking my place in the The Kop. Liverpool against Bournemouth. A father and son from Dublin sitting behind me. The dad telling his boy all about this Mecca, this field of dreams. Singing You’ll Never Walk Alone, an emotional rendition before kick-off and me imagining one day maybe doing the same with my kid… and then the game started and the proud dad proceeded to hurl every curse word under the sun at the referee for ninety minutes flat. Well, him and 45,000 others.

Monahan might think golf is above all this but he’d be the bigger fool for believing it. As long as fans line the outside of the ropes, things will be said. I was fairly shocked by the sound of a thick Northern Irish accent screaming “he’s gonna f***ing choke” repeatedly at Shane Lowry as he duelled it out with Tommy Fleetwood at the 2019 Open at Portrush, but Lowry didn’t seem to bat an eyelid.

In fact, Shane’s mainly noticed fans shouting ‘Beef’, AKA, Andrew Johnson, at him: “If everyone who calls me Beef gets kicked out there’ll be no fans left,” he tweeted in response to Monahan’s announcement.

Lee Westwood said: “I’ve been called Lumpy, Oosty, Clarkey (amongst other names that I can’t mention) on and off for the last 25 yrs!!! And now you bring a rule in!”

James Hahn joked: “It’s official. Calling Bryson anything but his real name will get you thrown out of a golf tournament. So if any one of you call me Kevin Na, Danny Lee or Sang Moon Bae, we’re gonna have some problems!”

These aren’t the reactions you’d expect to read if an actual problem existed between players and fans on the Tour. Of course there’s a line that shouldn’t be crossed but “Brooksie” can’t be it. Sport elicits emotional reactions; some players are liked more than others. It’s part and parcel of the game.

The way I see it, Bryson has gone to the principal’s office because he doesn’t like the name calling. The fact the principal has pandered to him and called an assembly to put an end to it will only make matters worse.