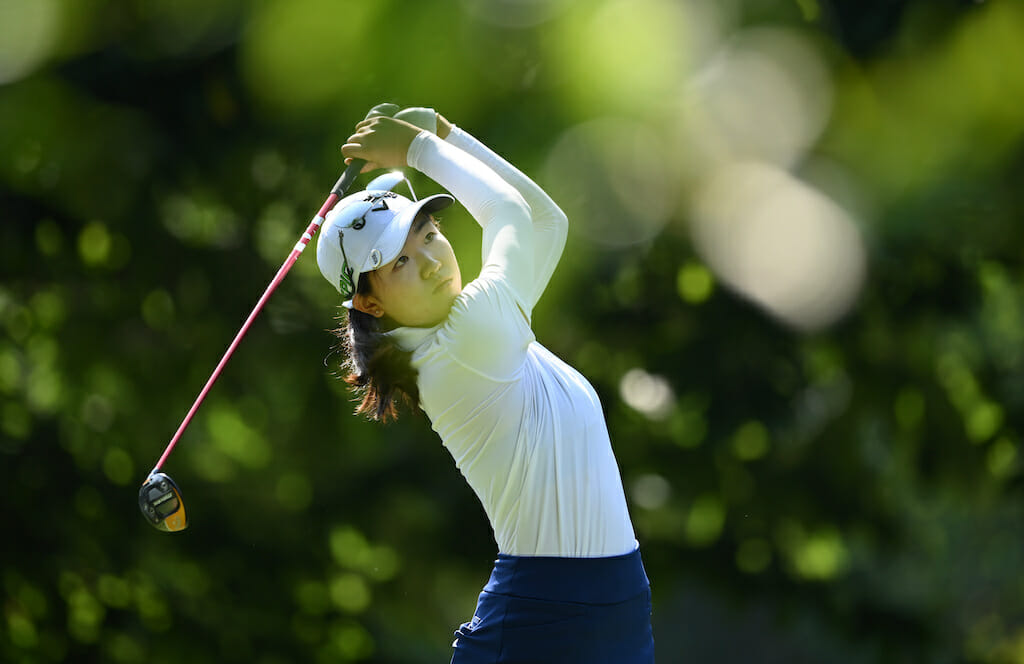 18-year-old American, Rose Zhang has won the Mark H McCormack Medal as the leading female player in the 2021 World Amateur Golf Ranking. This is her second straight McCormack Medal, having also received the honour last October.

Zhang’s incredible run of golf continued this year, earning her second USGA title in as many years at the US Girls’ Junior Championship in July. Since receiving the McCormack Medal last October, Zhang competed in three LPGA major championships, making the cut in two, the 2020 US Women’s Open in December and the 2021 Amundi Evian Championship last month. She also finished third at the 2021 Augusta National Women’s Amateur and earned a runner-up finish in the LPGA Symetra Tour’s Carlisle Arizona Women’s Golf Classic. She has spent 47 straight weeks as the No. 1 player in the world.

“To receive any award with the USGA and The R&A’s names on it is incredible, so to have it happen a second time is both rewarding and humbling,” said Zhang. “The work I’ve put into my game over the past few years has truly been paying off, and I am so grateful to all who have supported me along the way. I look forward to continuing to reach new heights as I take my game to the collegiate level.”

Zhang, who will compete at the 2021 AIG Women’s Open and for the USA Team in the Curtis Cup Match in Wales later this month, will begin her freshman season at Stanford University in the fall. One of the most decorated junior golfers of all time, she is a two-time winner of the Rolex Tournament of Champions, won the 2020 Rolex Girls Junior Championship and the 2020 Ping Invitational, and is a two-time AJGA Player of the Year.

The R&A and the USGA jointly award the McCormack Medal annually. It is named after Mark H McCormack, who founded sports marketing company IMG and was a great supporter of amateur golf.

Professor Steve Otto, Chief Technology Officer at The R&A, said, “Rose has demonstrated a remarkable level of consistency in her results achieved over the last two years, which has led to her excelling as the world’s leading women’s amateur golfer for a second successive year. Her performances show that she is a worthy recipient of the McCormack Medal and we would like to congratulate her on this fantastic achievement.”

“On behalf of our entire organisation, I’d like to congratulate Rose on this incredible achievement,” said John Bodenhamer, USGA senior managing director, Championships. “Her play over the last two years has put her in a league of her own, and she has shown she is not only a champion on the course, but off it as well. We cannot wait to continue to watch her career grow for years to come.”

Leona Maguire was a three-time winner of the award from 2015 to 2017 inclusive. Castlewarden’s Lauren Walsh, who is line for a Curtis Cup start and a Major debut at the AIG Women’s Open this month, is Ireland’s highest ranked player on the standings in 22nd place.