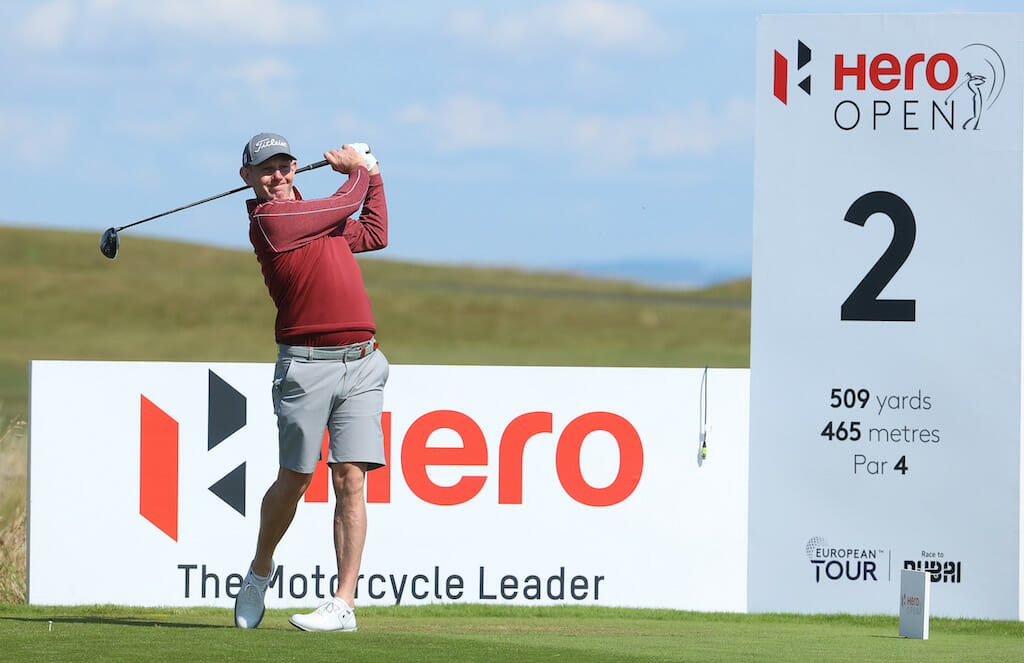 Popular Scottish golfer Stephen Gallacher insists the European Tour has not rolled over to have its tummy tickled with news the 2022 Genesis Scottish Open will be co-sanctioned with the PGA Tour.

It will be seven years next July since the very affable Gallacher last teed-up in a ‘regular’ PGA Tour event and that was when ranked inside the world’s top-50 to qualify for the 2015 Players Championship in Florida. It was also the Scot’s last full PGA Tour event, having played just six ‘regular’ tournaments in a decade of travelling to the States between 2005 and 2015.

Now the 48-year-old has the shot next year of earning a two-year PGA Tour exemption, and the possibility of a first trip to the Masters since 2015 when he last played any of the four majors, with victory on Home of Golf soil and also on the 50th anniversary hosting of the Scottish Open.

Gallacher said: “It’s fantastic news and Keith Pelley and his team at the European Tour have done a great job. It’s great for the ecosystem of the Tour and great for the business model, as well.

“Everyone was waxing lyrical about the strength and depth of this year’s Scottish Open field. Next year, given the strategic alliance with the PGA Tour and the 150th Open a week later at St Andrews, Scottish golf next year will have something they’ve never seen at any European Tour event. The field is going to be phenomenal and then it will be roll-on to St Andrews.”

When quizzed by Irish Golfer Magazine on Tuesday, Pelley, as CEO of the European Tour, revealed he had sought Gallacher’s thoughts when asked what impact the co-sanctioning would have on those non-European Tour member Scots who have long qualified for their national open in winning regional events.

Gallacher said: “You have to take it as a positive that both tours decided to take on the Scottish Open – a flagship event for us.

“Though we’re not rolling over and getting our tummy tickled. Keith has worked hard on this, we’ve got 73 players, there will be a big Scottish contingent as there has to be at a national Open. I don’t know how they’ll do it, maybe a qualifier like in times gone past.”

Also, singing the praises of the co-sanctioning is Denver-based Scot Martin Laird.

He said: “The Scottish Open already attracts a lot of great players, and this will only help the field further.  It’s great news for Scottish golf.”

American sensation Will Zalatoris, who was runner-up in this year’s Masters and joined this year’s Renaissance field, was equally delighted. He said: “I love the partnership with the European Tour. I think it’s great. A lot of guys go over for the Scottish anyways, so I think it’s a great move. It’s good for the PGA Tour, good for the European Tour, it’s a win-win for everybody.”

And the four-time Tour winning Gallacher will head an impressive list of 17 Scots teeing-up today (THUR) in the Hero Open at the Fairmont Resort near St. Andrews. The number is one less than last year’s Scottish roll-up of 16 in the then inaugural Scottish Championship on the same Fife course.

It’s a far cry from the inaugural 1972 European Tour season Scottish Open when close to 25 Scots teed-up at Downfield and also when the early Scottish-based events on the then fledgling Tour were attracting an average of 20 Scots. Nonetheless, it’s a great roll-up of Scots this week who between them have contested a combined 2,696 main European Tour events though managing just a combined 14 Tour wins.