Hoey heads Irish after day one of Italian Challenge 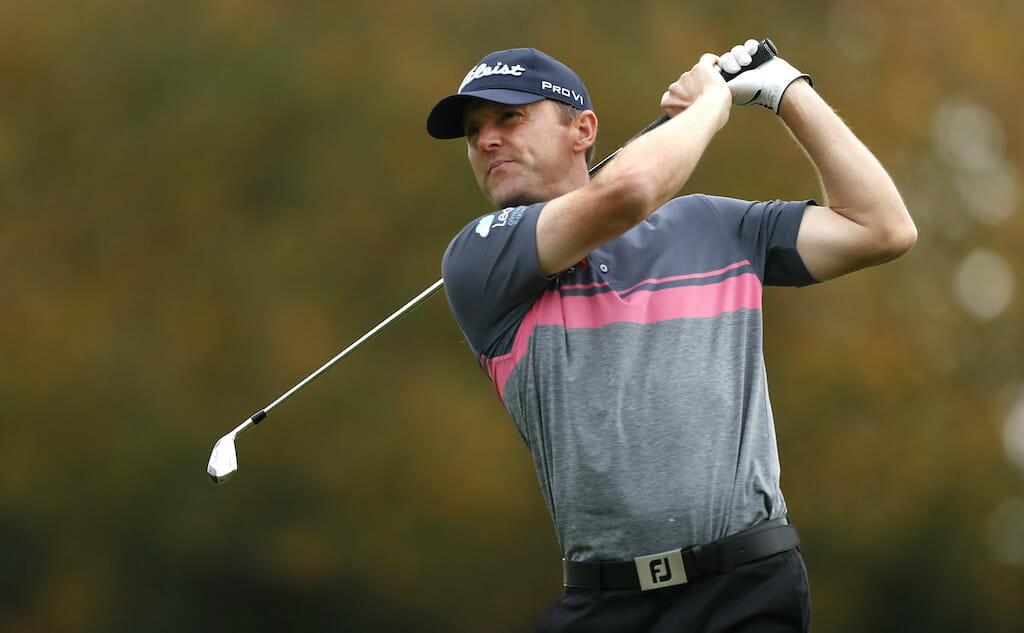 Michael Hoey posted seven birdies in a two-under par opening 69 as Nathan Kimsey carried a one-stroke lead into day two of the Italian Challenge as he seeks his first European Challenge Tour victory after a weather-delayed first round at Margara Golf Club.

Five-time European Tour winner Hoey hit plenty of sound notes on day one but found forward momentum difficult to sustain after also carding three bogeys and a double. At minus-two, the 42-year old was just inside the top-30 ahead of a Friday afternoon second round tee-time with Holywood’s Tom McKibbin also out in the afternoon after carding four birdies in a level par 71.

Outside the current even par cut-mark were Paul McBride – four-over for the tournament through nine holes of his second round at the time of writing – and Robin Dawson, four-over after an opening 74.

At the top, Englishman Kimsey posted a bogey-free six-under par round of 65 after play was suspended shortly after proceedings started due to the threat of lightning which caused a two-hour delay. Five players share second place on five under par including Irish Challenge winner Daan Huizing and Bain’s Whisky Cape Town Open winner JC Ritchie.

Kimsey put in a fine display in round one despite playing with a shoulder injury that caused him to withdraw from Le Vaudreuil Golf Challenge and retire during last week’s Euram Bank Open.

“It was a good day,” he said. “I found a lot of fairways and on the back nine it’s quite short so I could hit a lot of wedges into the green and give myself chances. I would have liked to have holed one or two more putts but I can’t complain with a bogey-free six under par.

“I’ve had a neck and shoulder issue which flared up in France during the practice round so I had to pull out and then tried to give it a go last week, but it didn’t feel good enough. I still wasn’t quite right today but I managed to give it a go and the hot weather is at least helping it stay loose.

“I think after the last couple of weeks there wasn’t much expectation here and I am just happy to be out on the course, so I felt no pressure I just wanted to go out and play while staying healthy.”

The players had to deal with searing temperatures on day one but the Englishman decided that carrying his bag rather than opting for a trolley would be the best decision due to his injury.

“The course has a few steep hills but thankfully it’s a lot flatter than Austria last week,” he said. “Dealing with my neck issue I thought that dragging the trolley behind me would be tougher and carrying I would be a bit more balanced, but it is very hot out here.”

The second round of the Italian Challenge will begin at 7:30am local time, with Kimsey teeing it up alongside Denmark’s Niklas Nørgaard Møller and Sweden’s Robin Petersson at 1:30pm local time.